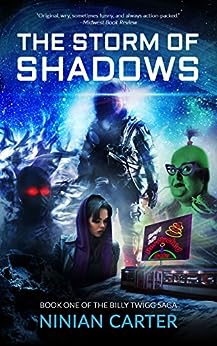 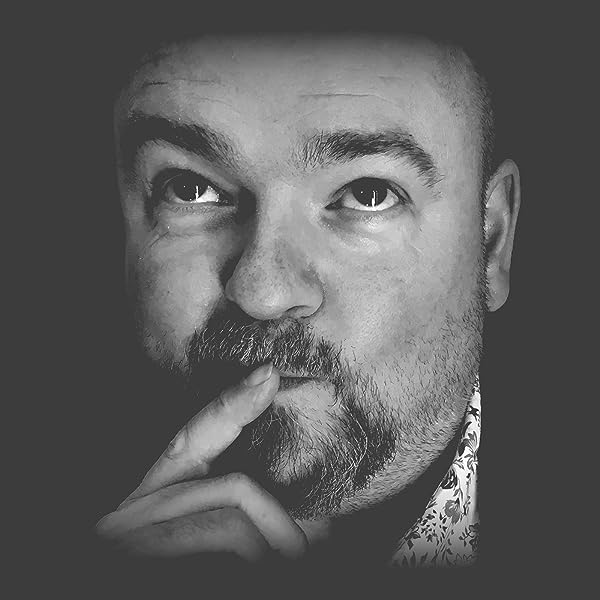 "If Harry Potter, Star Trek: The Next Generation, The Hitchhiker's Guide to the Galaxy, and Rick and Morty all got together and had a baby."
Paul Ridge, Editor

"Original, wry, sometimes funny, and always action-packed, Billy Twigg and the Storm of Shadows is engrossing and sets the stage for further books which will be eagerly anticipated by all ages."
D. Donovan, Senior Reviewer, Midwest Book Review

Ninian Carter is a prominent British infographic artist who's worked for a variety of major newspapers and agencies around the world in a career spanning twenty-five years. Renowned titles he's worked for include The Scotsman, The Observer, Reuters, The Sydney Morning Herald and The Globe and Mail. Born and raised in the Scottish Borders, he lives in West Yorkshire, England, with his partner and two children. A few years ago, he rekindled an almost forgotten passion for writing, subsequently finding success with his first novel, The Storm of Shadows-written almost entirely on a smartphone while commuting to work by train. The sci-fi adventure story was selected for publication by Kindle Scout in 2016, and first published by Kindle Press in 2017. On week days, he can sometimes be found feverishly penning new stories, while travelling up and down Britain by train. --This text refers to an out of print or unavailable edition of this title.

Brad Walker
5.0 out of 5 stars Great Young Adult read.
Reviewed in Australia on 1 June 2018
Verified Purchase
I stumbled by this book by accident. Will be getting a copy for my son. Absolutely recommended for teens. Great!
Read more
Helpful
Report abuse
See all reviews

Bruce Wishart
5.0 out of 5 stars Highly recommended, for age 10 and above
Reviewed in the United Kingdom on 21 March 2017
Verified Purchase
A really exciting adventure, with amusing spins on the genre, believeable characters and a satisfying conclusion.
Highly recommended, for age 10 and above.
Kids will enjoy the story, which gallops along, whilst older readers will enjoy the nods to the authors influences.
Read more
2 people found this helpful
Report abuse

Treeniepooh
5.0 out of 5 stars Great read!
Reviewed in the United Kingdom on 13 March 2017
Verified Purchase
Discovered this book on Amazon scout. LOVE IT! It has a fast moving pace which is helped by the swift moving chapters! Can't wait for the next book. I would really recommend to sci-fi and non sci-fi lovers!
Read more
One person found this helpful
Report abuse

BILL
5.0 out of 5 stars Real escapism
Reviewed in the United Kingdom on 31 March 2017
Verified Purchase
Although I am far from the target market for this book (in my 60's) I throughly enjoyed this
Read more
One person found this helpful
Report abuse