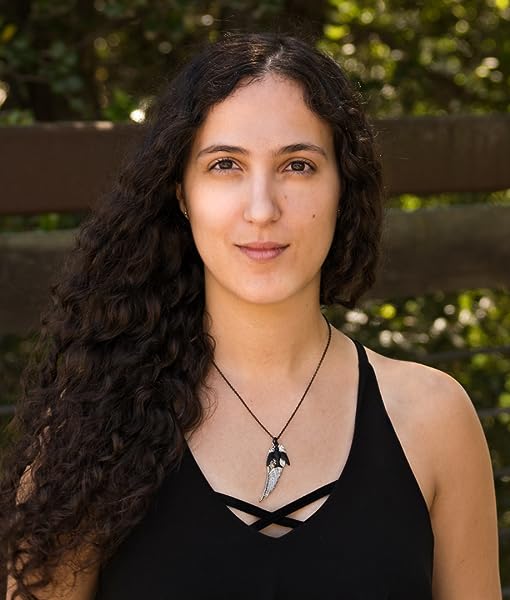 by Kalyn Josephson (Author)
4.5 out of 5 stars 165 ratings
See all formats and editions
Sorry, there was a problem loading this page. Try again.

Page 1 of 1 Start overPage 1 of 1
Previous page
Next page
Start reading The Storm Crow on your Kindle in under a minute.

"The Storm Crow is a fantastic debut. Written with both power and charm, it showcases some of my favorite world building ever in a YA fantasy, and has nuanced, wonderful characters and relationships. Dragon fans should get ready for their next favorite creature. I loved this." - Jessica Cluess, author of A Shadow Bright and Burning

"The Storm Crow is everything we love about YA fantasy, with an enchanting world and original magic that keeps the story fresh. Clashing kingdoms, thrilling action, and an imperfect heroine make this book a must-read. This soaring debut was a delight." - Adrienne Young, New York Times bestselling author of Sky in the Deep

"Josephson's debut displays ambitious worldbuilding and an engaging premise involving the magical crows, which affect everything from storms to healing; Anthia's battle with depression is portrayed with frank authenticity, and features well-developed LGBTQ characters." - Publishers Weekly

4.5 out of 5 stars
4.5 out of 5
165 global ratings
How are ratings calculated?
To calculate the overall star rating and percentage breakdown by star, we don’t use a simple average. Instead, our system considers things like how recent a review is and if the reviewer bought the item on Amazon. It also analyses reviews to verify trustworthiness.

Dayna
4.0 out of 5 stars Enjoyable read
Reviewed in the United Kingdom on 1 June 2020
Verified Purchase
3.5 stars.

Going into this book it started off as an 100% 5 star. I loved the banter between Thia and Ericen. I was intrigued by the story line and where it was going. Then it kind of took a turn for me and I started to get frustrated.

Let me explain... I hate... and I mean HATE love triangles. I never ever really saw the reason for them. They don’t bring anything to a story but drama and annoyance which when reading an action pack and interesting story shouldn’t be needed. I was hard core loving/hating Ericen during the first part of this book. Then we get to the second part and it’s almost like he’s just forgotten about and tossed away and became a completely different person from what we saw in the first part of the book. I didn’t enjoy the romance between heroin and side character and I was totally disinterested in it, which was probably why many pages were skipped over during their parts together.

I know it sounds like I despised this book but this isn’t the case. The romance, while it did grate on my nerves was only a small factor of the story line. I absolutely loved the rest of it. I loved the crows, I loved the side characters and world building. It was overall a great read. I read it in two days. So I would suggest grabbing this book and giving it a go. I will be reading the next book and I hope, prey and wish on my whole being that things go my way (being a little selfish with this one)
Read more
One person found this helpful
Report abuse

Haley R Flores
5.0 out of 5 stars The story is beautiful and raw and Josephson normalizes Thia’s depression
Reviewed in the United Kingdom on 22 June 2020
Verified Purchase
Does this book’s plot bring anything new and amazing to the table as far as fantasy concepts go?

Does this book highlight mental health in the most positive way I’ve seen yet while still giving me a solid fantasy?

I could connect with Anthia so much because of this, it’s a slow-moving story to start in a lot of ways due to its focus on her and handling her depression.

The story is beautiful and raw and Josephson normalizes Thia’s depression in a way that doesn’t smooth it over or constantly portrays Thia as a victim.

I really enjoyed the storyline and the concept of the crows and their magic. I now want to become a crow rider, though, I don’t see that happening unless I shrink to the size of Thumbelina in our nonmagical world lol.

Josephson did a lovely job of worldbuilding and character development because even when Anthia is not in the midst of an episode of depression she still carries it with her, it doesn’t get ‘magicked’ away and I found that to be such an important factor.
Read more
Report abuse

WW
5.0 out of 5 stars Can’t wait to read the next book!
Reviewed in the United Kingdom on 22 March 2021
Verified Purchase
The storyline and characters are so well developed and interesting- it kept me on the edge of my seat, I love how the characters vary but are unified
Read more
Report abuse

emma hancock
5.0 out of 5 stars Beautiful read
Reviewed in the United Kingdom on 29 September 2019
Verified Purchase
This book is amazing, it weaves a new element of fantasy into a undiscovered gem of a book. It is evenly paced with rich characters and a strong plot.

Amazon Customer
5.0 out of 5 stars Perfect!
Reviewed in the United Kingdom on 16 April 2020
Verified Purchase
Book arrived in perfect condition! Very pleased with the fast delivery despite the difficulties with the pandemic.
Read more
Report abuse
See all reviews
Back to top
Get to Know Us
Make Money with Us
Let Us Help You
And don't forget:
© 1996-2021, Amazon.com, Inc. or its affiliates