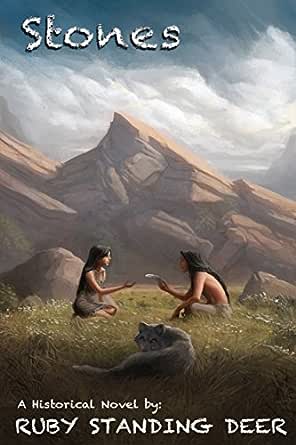 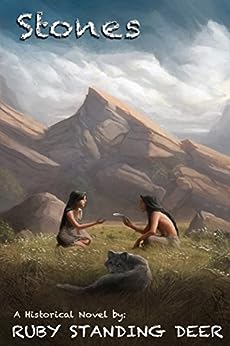 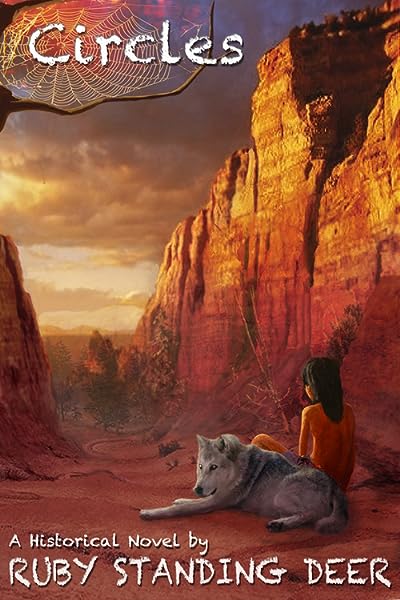 AUTHOR: Ruby Standing Deer has been a wanderer, and a journeyman newspaper pressman. She's spent years rescuing animals and learning from them. They've taught her that life does not have to be so hard, if you go with the flow and not against it. Her life revolves around writing and her family, which includes, of course, her animals. Two car accidents in the mid-nineties changed Ruby's life. She resented it at first, until understanding that she'd simply been put on another path. It was not an easy one, and continues to be a challenge, but she accepted it, and learns with each step she takes. Ruby writes because she's compelled to pass on knowledge. Her first book, Circles, is more than just a story of family, or of the people who first settled in the Americas. It is a story of spirituality and the simple humor of everyday life, but also of the fear of the unknown. Life presents us a path; how we choose to navigate that circle is up to us.

Taoyota
5.0 out of 5 stars I loved the book
Reviewed in the United Kingdom on 20 May 2018
Verified Purchase
I love the book
Read more
Report abuse

Aya Walksfar
5.0 out of 5 stars THIS BOOK DESERVES TO BE RATED #1 BESTSELLER!
Reviewed in the United States on 29 July 2014
Verified Purchase
Ruby Standing Deer’s saga of ancient Native Americans continues in Stones, Book Three. This book transports the reader back in time to when mustangs roamed free. Even then, however, there were those who would destroy these magnificent creatures. The story opens with the Hairy-faces having joined with the Likes to Fight People to hunt and destroy the mustangs.

River Song’s small family has dedicated their lives to protecting their four-legged relatives, the mustangs. From the very first lines, I could smell the grass, hear the animals, and feel the pounding of the hearts of those who loved the mustangs. The mustangs are drawn with great detail, accurate detail.

Far away in the Forest of Tall Trees a young girl dreams of mustangs and of a young boy named Singing Stone.

Ruby Standing Deer weaves the story of how these two groups of Native Americans come together, affecting not only the fates of the humans, but also the fates of the wolves and mustangs they love.

This book is more than just a story--though it is certainly a great story. Without sex and without graphic violence, Ruby Standing Deer depicts the hardships, the dangers, the joys and the loves of a people who believed that all of life was sacred. She gives the reader an insight into a culture and a people. This story, like Circles, Book 1, and Spirals, Book 2, is a story of love triumphant; a story of deep spirituality that infuses everyday occurrences.

If there was a higher rating than five stars, this book would certainly get it.
Read more
21 people found this helpful
Report abuse

Loveworks
5.0 out of 5 stars EXCEPTIONAL READ!
Reviewed in the United States on 11 September 2014
Verified Purchase
I was thoroughly drawn into this book from the get go.

I am an animal lover, and a visual person. I literally felt my heart in my throat as the heard of Mustangs were introduced into this story on the first page. The "Hairy Faces" and the "Likes to Fight People" are trying to kill off the mustangs and Singing Stone is determined to protect them.

Dove, "Shining Light's daughter" who lives far away in "The Land of the Tall Trees" begins to have visions of Singing Stone and the Mustangs in her dreams. From here her quest to find the Mustang boy begins and so does their journey of young love and all its complications.

This is a powerful journey and I found the characters spoke to me. Like "Circles" and "Spirals", it is all about tradition and valuable life lessens missing from the majority of our lives today. The human and animal bond, the respect for earth, the vital connection of all living things, and the interactions between the elders and the children is priceless. It is a spiritual journey, but an easy read. It is chock full of humour and wit and teaches us to listen and follow our hearts, so many of the things we lack in the world today, at least in my opinion.

I would highly recommend this book to anyone who is interested in Native American history and learning about life in a much simpler time in the form of an exceptionally well written story. My only advice would be to make sure you don't have too many things planned while you are reading this book as you definitely won't want to put it down!
Read more
4 people found this helpful
Report abuse
See all reviews
Back to top
Get to Know Us
Make Money with Us
Let Us Help You
And don't forget:
© 1996-2021, Amazon.com, Inc. or its affiliates