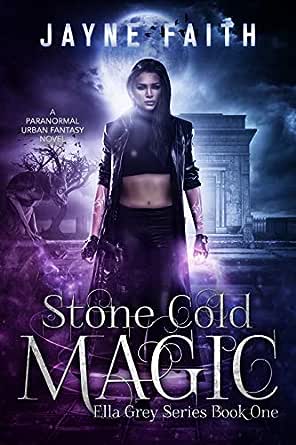 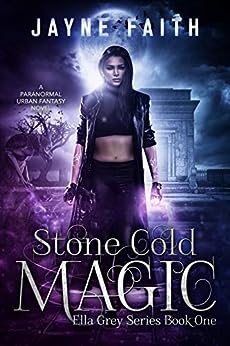 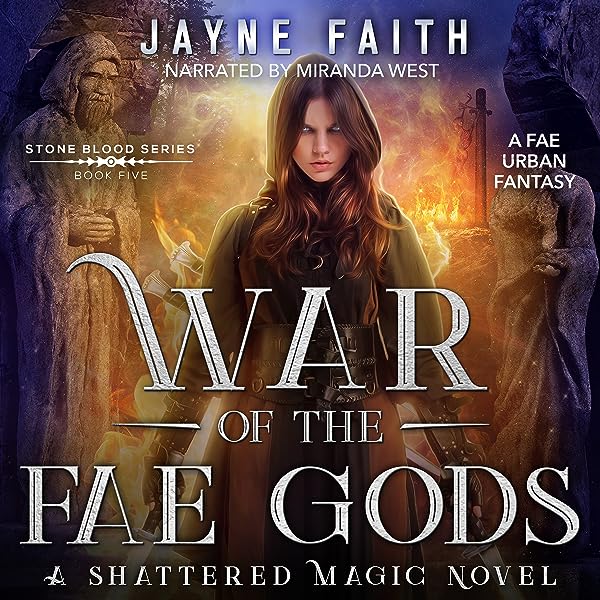 Something is eating Ella's soul . . .

Demon patrol officer Ella Grey was pronounced dead after an accident on the job. Eighteen minutes later she woke up on a gurney bound for the morgue. But she didn’t return to the living alone. The soul of a reaper followed her back from the grave, and it’s not just along for the ride. The reaper gives her glimpses of the brother she feared was dead, but it's also trying to use her for its morbid work. The reaper could be her biggest ally in her battle for her brother, if it doesn't eat her soul first.

Want to know when new releases hit? Text CCJFBOOKS to 24587, and Jayne will send new release updates straight to your phone. (You'll get a text no more than twice a month -- only when there's a flash sale or a new book.)

Elisa
TOP 50 REVIEWER
5.0 out of 5 stars Brilliantly Written
15 February 2019
Format: Kindle EditionVerified Purchase
New to me author, new to me series and I am seriously in love. The story was great, the supernatural world Jayne Faith has built is awesome and the characters make me want to quickly rush out and get more of Ella Grey's stories so a well deserved 5-star review.
Read more
Helpful
Comment Report abuse

Donna Gladwin
5.0 out of 5 stars This book is a must read !!
6 November 2016
Format: Kindle EditionVerified Purchase
Wow!! A great read Jane has really upped her game and this book will keep you turning page after page !! I love Ella Grey ! The story line is fantastic !! Would recommend 100%
Read more
Helpful
Comment Report abuse

FiBeeN
TOP 500 REVIEWER
3.0 out of 5 stars Has potential
21 August 2017
Format: Kindle Edition
The main problem with this book is that the author let the world building overrun what is essentially a good story. I understand why she did this but it stopped me from emotionally engaging with the characters who had plenty of depth. There were also a number of typos and/or editing mistakes though they weren't too distracting.
One thing did bother me was how selfishly insensitive the MC was portrayed at times. I didn't like the way she aggressively questioned her new workmate's career choice when it was clearly not her business and he was obviously uncomfortable. She also put two unsuspecting allies in danger when she blatantly used them to help her rescue someone. She also used and betrayed the trust of another individual when she could have simply been honest and then asked for help. It all may have been for a good cause but it was the wrong way to go about it.
Over all though, these issues won't stop me from giving the next book a chance to prove the series's worth.

sha
3.0 out of 5 stars Slow burning
21 December 2016
Format: Kindle Edition
This story includes a lot of scene setting for the next book and that was a nice change. We get to wonder how the main characters interact and where they go from here. Story a little slow but I'll give the next book a try before I decide if this story is for me or not.
Read more
Helpful
Comment Report abuse
There are 5 customer reviews and 6 customer ratings.
See all 5 customer reviews
Write a customer review

Go to Amazon.com to see all 267 reviews 4.3 out of 5 stars
Get FREE delivery with Amazon Prime
Prime members enjoy FREE Delivery and exclusive access to movies, TV shows, music, Kindle e-books, Twitch Prime, and more.
> Get Started
Back to top
Get to Know Us
Make Money with Us
Let Us Help You
And don't forget:
© 1996-2020, Amazon.com, Inc. or its affiliates