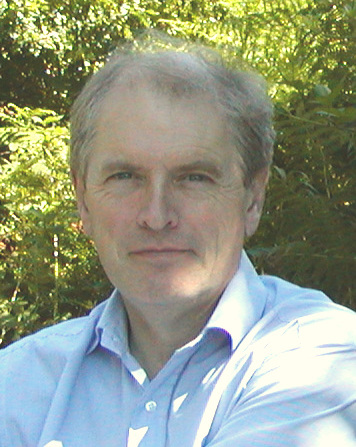 Start reading The Stone Arrow (The Pagans Book 1) on your Kindle in under a minute.

4.0 out of 5 stars
4 out of 5
115 global ratings
How are ratings calculated?
To calculate the overall star rating and percentage breakdown by star, we don’t use a simple average. Instead, our system considers things like how recent a review is and if the reviewer bought the item on Amazon. It also analyses reviews to verify trustworthiness.

R. Lloyd
5.0 out of 5 stars A very happy reacquaintance with an old friend.
Reviewed in the United Kingdom on 8 July 2015
Verified Purchase
I read The Pagans trilogy in paperback as an omnibus, as a young man some 30 years ago. The first book, The Stone Arrow, in particular left a great mark on me. I lent the book to a friend, with whom I subsequently lost touch. I never got it back. So I was delighted to rediscover it a little while ago as a Kindle item. It's every bit as good as I remember. Not just a really gripping read, but seriously well written, and with a real sense of time and place. Considering the author himself must have been a relatively young man at the time of writing this, his first novel, it's a polished accomplishment, and surprising to me that he never achieved greater fame. You can find many, many historical novels - including some absolute bestsellers. And almost all of them strike bum notes somewhere or other... Something that makes you feel the author doesn't really have a feel for the period, or gets something wrong - usually a glaring anachronism in the dialogue or detail.
In The Stone Arrow though, Richard Herley puts barely a foot wrong. It is an uncompromising, unsentimental, at times brutal tale, written with a spare yet almost poetic style. And loaded with persuasive detail that conjurs a vivid depiction of both the natural landscape and ecology in a small corner of Sussex at the tail end of the Neolithic, and a believable look at the society of its human inhabitants. Really brilliant. I can't recommend it highly enough. I'm off to download some more of this author's books onto my Kindle.
Read more
2 people found this helpful
Report abuse

Rick Brindle
4.0 out of 5 stars A good start to the series
Reviewed in the United Kingdom on 4 October 2017
Verified Purchase
This is a story set in the stone age, in Southern England. The main character, Tagert, and hunter gatherer, is the sole survivor after his tribe is massacred by a village of farmers (nice twist). He seeks his revenge, and so the story develops.
This was a good story, perhaps a little too descriptive, and may have benefited from more dialogue, but that seems to be Richard Herley's way.

Mrs. Bruce
4.0 out of 5 stars An enjoyable read - finished at 93% though.
Reviewed in the United Kingdom on 19 November 2014
Verified Purchase
Tagart is a hunter/nomad who sets out to revenge the killing of his entire tribe, including
his young son, by farmer villagers.

I was a bit confused at first until it became obvious that after the first chapter or so, it
was a flashback to the killings, and even another flashback to the leader of the village
before the raid on the nomads was set in motion. It would have helped if it said
"2 weeks before", etc.

However, once into the book I found it a good read. Some might find the revenge a bit gruesome,
but my sympathy was with Tagart! Before he can complete his task of wiping out the village, single-handed
or die in the attempt, something happens (no spoilers!).

The book ends at 93% which took me by surprise and I could have done with another chapter or two.
Instead there were excerpts and reviews of the author's other books. I would read more by this author.
Read more
One person found this helpful
Report abuse

Connor
4.0 out of 5 stars Brilliant First Novel
Reviewed in the United Kingdom on 19 August 2012
Verified Purchase
Like all of the books that I have read by Richard Herley, this book was very well written, not quite as joyful to read as Refuge, but then this was Herley's first book.

Not to give too much away, but the plot revolves around Tagart and his quest for revenge against the nearby village that massacred his nomadic tribe. I'm a sucker for a good revenge story and found the way he was all alone and being hunted, whilst attempting to take out the villagers one by one by setting traps of snares, sharpened stakes and trip wires for them in the forest, riveting. It certainly reminded me of the films Die Hard and Rambo, and kept me gripped right to the end.

The story does expand a little in the middle and there is more to it than simply revenge when more characters and places are introduced and the story certainly keeps the reader interested.

Others have mentioned that the time period is seldom mentioned or not really expanded on, but I think that it is covered pretty well. The stone age element of it initially discouraged me from reading this book, as without swords or even metal etc, I was concerned that it could be a little boring. But the period is well handled in the book, with frequent mentions of farming, tools and stone age society itself and well explained.

I found the main character Tagart quite engaging, he develops well throughout the story, initially focused solely on revenge and prepared to die in the attempt he later begins to question why he is seeking revenge and for whom, and to think about a life after his mission is finished. I look forward to reading more about him in the other two books of the series, which I will certainly be reading.
Read more
Report abuse

Therms
3.0 out of 5 stars The Stone Arrow
Reviewed in the United Kingdom on 26 September 2012
Verified Purchase
I'm not sure about this book. It is one of those stories that sits on the cusp twixt good and bad. I think, for me, it slipped into the bad category.

This could have been so good. The story of clashing tribes and the difficult times when some progress and some stay with the old ways of their ancestors is a recipe for a top book, but it just failed.

The book is well written. The author has an ability to describe atmosphere as well as physical places. it is fast paced and there is a good cast of supporting characters.

I think the problem for me was Taggart, the lead character. The more I read the book the less I saw him as an ancient tribesman living in the woods of Southern England and the more I sas him as Bear Grills. I just didn't believe the lead character, he seemed too modern.

Still, this is a good story and definitely worth a read.
Read more
Report abuse
See all reviews
Back to top
Get to Know Us
Make Money with Us
Let Us Help You
And don't forget:
© 1996-2021, Amazon.com, Inc. or its affiliates