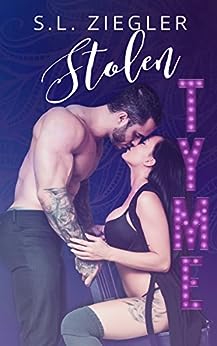 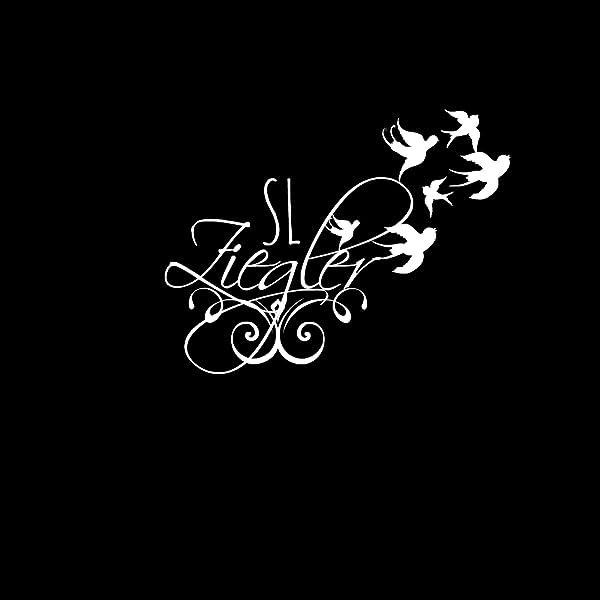 SL is a self-described book junkie. She spent her whole life with her head in the clouds, dreaming of characters and imagining how their stories will play out. It wasn’t till later when those stories in her head became too much to handle and made it onto paper. When SL isn’t reading or writing, she is spending her time with her two crazy kids and husband. Where they reside in a home just outside of Atlanta. SL is true buckeye fan and lives for the weekends where she can drink a glass of wine and devour the books waiting on her Kindle.

Nancy Reads
5.0 out of 5 stars Epic Love Story of Loving & Living on Borrowed & Stolen Time
Reviewed in the United States on 15 March 2017
Verified Purchase
Xavier Scott and Lock Minter had been best-friends since the ages of 9 and 10. Life had sent them in different directions. When Lock was 17, he'd met some random girl at a party. Nine months later, he had a daughter to live for. Xavier moved to LA to make music the day he turned twenty. His girlfriend Zoey followed and they got married. Unfortunately he joined the drug scene, and because of it, he'd lost his wife, his daughter Charlie, his band, and his career. He fell victim to the Hollywood curse.

Xavier had spent time in Rehap, and for the past 3 years he had spent time getting his life back on track. He wanted to reconnect with his longtime friend Lock. Lock asked him if he would help his daughter Naomi with her music, but when he sees the 19 year old beauty his world is rocked. She is nothing like the nerdy girl from a decade ago, but she'd been replaced by the most beautiful women he'd ever seen. He says he will help her follow her dreams. She was a vision of his dream girl, and he knew he was in deep trouble when their eyes locked.

Xavier and Naomi had a deep connection and an undeniable, but forbidden sexual attraction. But in the light of morning, Xavier realized she was just a kid, his oldest friend's daughter, and they were always just on borrowed time. He had to let her go.

Seven years would pass, before they would meet again. The last time Naomi had seen X was when he left her heart-broken and rejected. He felt the 18 year age difference was too much, and she needed to chase her dreams. He had never fully pulled the plug on them, but had just gone though the motions. But even though he had denied his love for her, he loved her today as much as he loved her the day he pushed her away.

Naomi isn't looking to forgive X at anytime. The hurt runs too deep and her heart is still too shattered. His daughter Charlie, who he has been involved in fighting a long and nasty custody battle, could be the glue that might bring them together. She might also be the thing that breaks them back apart.

Their relationship was never easy. Rocky doesn't even come close to describing their relationship. But they are each other's center, with their family being the circle. They lived and loved on borrowed time, on stolen time, but maybe they now could find forever time. An epic love story!

Lauren Runow
5.0 out of 5 stars Smile on my face
Reviewed in the United States on 15 March 2017
Verified Purchase
I fell in love with Naomi and X when Borrowed Tyme was in the Secret Affair Anthology. The passion they had for each other was off the charts. I love how Borrowed Tyme kept their passion alive but kept it real. They had their moments, their ups and down but nothing was stupid or blown out of proportion. It was real. And best of all, it left me with a smile on my face. That to me is the best part of any book!
Read more
One person found this helpful
Report abuse

Brittany Greene
5.0 out of 5 stars Talk about action packed
Reviewed in the United States on 29 March 2017
Verified Purchase
My gosh this book had so much going on that it never had a dull moment. I absolutely loved Naomi and X's characters. The writing was absolutely fantastic and you truly felt the pull to the characters and shared in their emotions. Even during the parts where I wanted to hate one of the characters I just couldn't. I'm a huge book junkie and this book is definitely high on the list for me. Read both books in one day!
Read more
Report abuse

ashley mansfield
3.0 out of 5 stars Stolen Tyme
Reviewed in the United States on 31 August 2019
Verified Purchase
I was so hoping this book would be everything I wanted for X and Omi and it was in a sense. I was pretty disappointed how childish X was for more than half the book.
Read more
Report abuse

SMD
5.0 out of 5 stars It was worth the wait!
Reviewed in the United States on 15 March 2017
Verified Purchase
I have been salivating over X and Omi since Borrowed Tyme was released in the Secret Affair anthology last year, and I was not disappointed by the wait. Mrs. Ziegler creates characters you love, relationships you invest in, and angst that oozes off the page. You won't want to miss out!
Read more
One person found this helpful
Report abuse
See all reviews
Back to top
Get to Know Us
Make Money with Us
Let Us Help You
And don't forget:
© 1996-2021, Amazon.com, Inc. or its affiliates