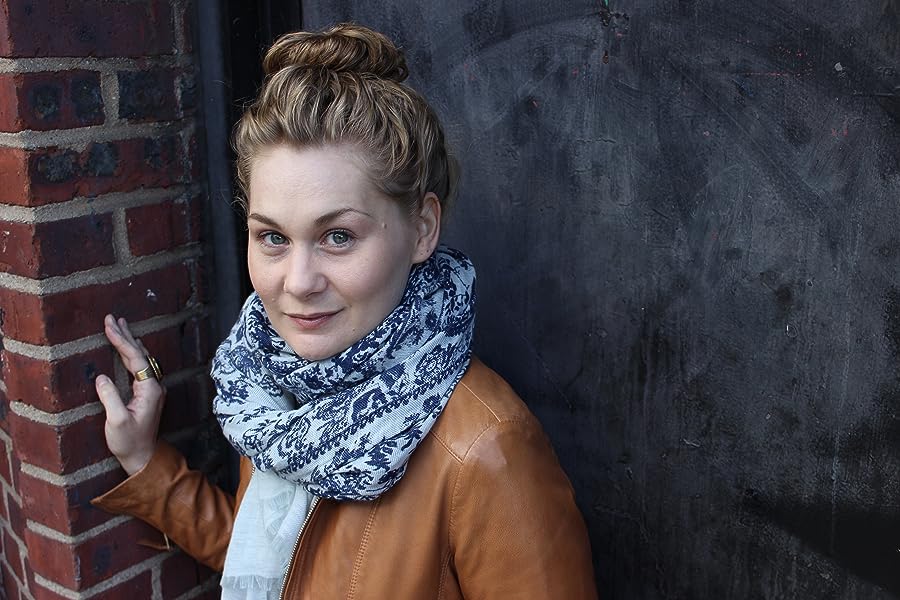 Page 1 of 1 Start overPage 1 of 1
This shopping feature will continue to load items when the Enter key is pressed. In order to navigate out of this carousel please use your heading shortcut key to navigate to the next or previous heading.
Back
Next
Start reading Stolen Time (Dark Stars Book 1) on your Kindle in under a minute.

"A delightfully fearless heroine and a delicious twist at the end make this a compelling trilogy starter."--Booklist

"Endearing, exciting, and very clever, Danielle Rollins' Stolen Time is the kind of time-travel story I'm always on the lookout for. I know I can't really speak for him, but I feel like Doc Brown would be onboard with this one."--Kendare Blake, #1 New York Times bestselling author of the Three Dark Crowns series

"Stolen Time is an explosive page-turner set in a richly imagined new world, with characters you can't help but root for and a twist I never saw coming. I couldn't stop reading!"--Morgan Rhodes, New York Times bestselling author of the Fallen Kingdoms series

"The hauntingly evocative prose seduced me, the compellingly nuanced characters captivated me, and the twisting storyline ensnared my thoughts in an infinite spiral that refused to release me until the final word."--Romina Russell, New York Times bestselling author of the Zodiac series

Dorothy is trapped. Forced to wed a wealthy man so she and her mother can live comfortably for the rest of their days, she'll do anything to escape--including sneaking away from her wedding and bolting into the woods to disappear.

Ash is on a mission. Rescue the professor--his mentor who figured out the secret to time travel--so together they can put things right in their devastated city. But endless jumps through time have left Ash plagued by prememories of what's to come--a violent death and his heart torn apart.

When Dorothy collides with Ash, she sees it as her chance to start fresh--she'll stow away in his plane and begin a new life wherever they land. Then she wakes up in a future that's been ripped apart by earthquakes and floods; where vicious gangs rule the submerged city streets and a small group of intrepid travelers from across time are fighting against the odds to return things to normal. What Dorothy doesn't know is that she could hold the key to unraveling the past--but her arrival may spell Ash's ultimate destruction.

Danielle Rollins is the author of Stolen Time, Twisted Fates, Burning, Breaking, and the Merciless series (under pseudonym Danielle Vega). She lives in Brooklyn with her husband and their cat, Goose. Find her online at www.daniellerollins.com and on Twitter and Instagram @vegarollins.
Read more

LibLob-x
4.0 out of 5 stars Surprisingly Good Read
Reviewed in the United Kingdom on 8 May 2019
Verified Purchase
I really surprised myself with how much I enjoyed this book! The plot is clever and there are plenty of twists, and I cannot wait to read the second one in the series!
Read more
Report abuse

Amazon Customer
5.0 out of 5 stars Wow!!!
Reviewed in the United States on 20 February 2020
Verified Purchase
I honestly don’t know exactly what I expected from this book but I definitely didn’t expect to become so obsessed! I read A LOT! That being said I can usually sense a plot twist but this one hit me so hard and in all the best ways! I NEED the next book pronto.
Read more
Report abuse
See all reviews
Get FREE delivery with Amazon Prime
Prime members enjoy FREE Delivery and exclusive access to movies, TV shows, music, Kindle e-books, Twitch Prime, and more.
> Get Started
Back to top
Get to Know Us
Make Money with Us
Let Us Help You
And don't forget:
© 1996-2020, Amazon.com, Inc. or its affiliates