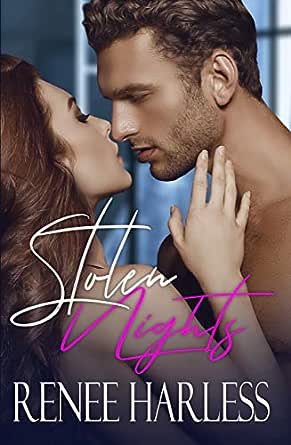 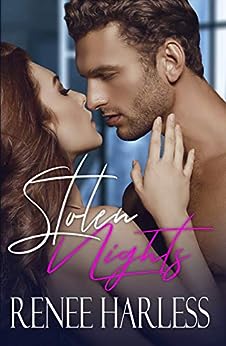 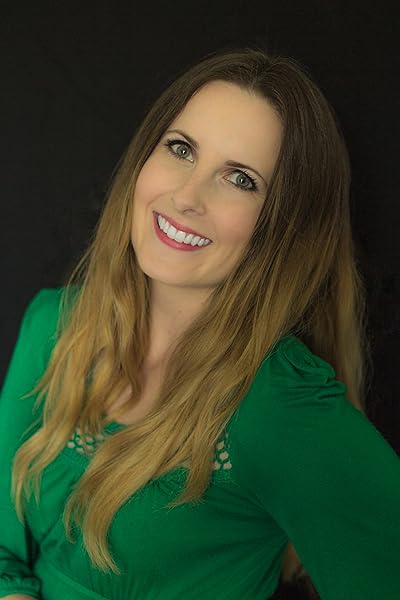 michelle m reynolds
5.0 out of 5 stars Hot Neighbor Alert!!
Reviewed in the United States on 30 August 2018
Verified Purchase
"I have two conditions. First, I want to think about it, okay? Maybe we can try and keep it to ourselves because I don't want to get the kids attached or anything if we mess it up."
"Sounds reasonable."
"And second, how many condoms did you bring?"

You know the saying "good fences, make good neighbors"? Well, in this case, no fence made steamy neighbors! Holy Hannah, these two were like fireworks - both the kind that burn you and the kind that make you look in wonder and say "Oooooh, Aaaaah"!

Jackson Divers has a new neighbor. She's a ball buster. A thorn in his side. She does nothing but push his buttons and start an argument every chance she gets. And she's sexy as hell. He shouldn't want her. He's not interested in a relationship, let alone a ready-made family. But he just can't help himself. After coming to her rescue, and seeking repayment in the form of one kiss, he can't hold the fire inside any longer. She took down the fence separating their houses, but can he take down the fence around his heart and take a chance? Is what he never thought he wanted, be the one thing he can't live without?

Elle Knight has been through the ringer. Not only was her ex-husband cheating on her with her best friend, but now that ex-friend is having his baby. As if that isn't bad enough, now she has to move herself and her kids to a new house that needs some TLC. Add to that the tall, sexy, tattooed neighbor that makes her irritable, angry, frustrated, and.... aroused. Him and his stupid fence. She's had enough to deal with - her ex, her business, the house - the last thing she needs is a boorish yet delicious neighbor. Or, maybe that's exactly what she needs. Maybe taking down that fence started them off on the wrong foot. But maybe, taking it down was the best thing that ever happened to her.

I absolutely loved the banter between these two. Each one needing to have the last, and the most stinging word. As quoted in Hamlet, "the lady doth protest too much, me thinks". Elle tries her darndest to keep her distance, calling him every name in the book and denying her attraction. The two of them reminded me of Iris and Gilbert in The Lady Vanishes when Iris says "You're the most contemptible person I've ever met in all my life!" and Gilbert replies "Confidentially, I think you're a bit of a stinker, too." All that friction creates one heck of a fire!!

I loved Jackson. I could tell right away that below that tough guy look, there was a teddy bear. And every girl needs a teddy. Loved it!
Read more
2 people found this helpful
Helpful
Sending feedback...
Thank you for your feedback.
Sorry, we failed to record your vote. Please try again
Report abuse

Lisa(New Hampshire)
5.0 out of 5 stars "The night is seductive, everything a different shade of blue in the light cast by the moon."
Reviewed in the United States on 29 August 2018
Verified Purchase
Sometimes the last person you ever thought you would fall for is the one who captures your heart and never lets it go.

If anyone deserved a guardian angel it was Elle and her children, Noah and Kennedy. They were left homeless after her divorce and she was worried about where they would live. Her estranged father unexpectedly left her his house in his will and it was a godsend. As she pulled into the driveway she was shocked at the rundown appearance
of the house but it was a roof over their head and her children were safe. She was the only parent that they had because her ex-husband wanted nothing to do with them now that his girlfriend was pregnant. She desperately needed a fresh start but little did she know that her life was about to change forever.

Elle was intrigued by her next door neighbor, Jackson, with his sexy tattoos, tanned skin and perpetually messy hair, but he looked like a player and always seemed to be in a bad mood. Jackson was a complication she didn’t need but a temptation she may not be able to resist. Should she take a chance on him or be alone and wait for the right time to fall in love? But what if the right time never comes and she is too late?

I love everything about this amazing book from the realistic characters, the importance of family and the beauty of finding love again. The first kiss, the first tender touch and the first “I love you”, will stay with you forever. I have read “Stolen Nights” many times and I always find something new to smile about. Renee Harless writes from her heart with passion and love and has given us another extraordinary and special story that everyone must read.
Read more
One person found this helpful
Helpful
Sending feedback...
Thank you for your feedback.
Sorry, we failed to record your vote. Please try again
Report abuse

J Pircio
5.0 out of 5 stars Stole my heart!
Reviewed in the United States on 22 April 2020
Verified Purchase
I loved this story so much. I wish everyone could find a relationship like this. Two people both hurt by a previous relationship, both hAve their guard up. You will laugh at the antics they go through and you will sizzle with the hot, sexy love affair that happens!
Read more
Helpful
Sending feedback...
Thank you for your feedback.
Sorry, we failed to record your vote. Please try again
Report abuse

Lovestoread
5.0 out of 5 stars 0-80!!!!
Reviewed in the United States on 27 April 2020
Verified Purchase
This was a great story. This was a free book, I'm glad however that I chose to read it!!! From cheating ex-husband and best friend to disappointed/disapproving parents. The leading lady and man and cute little children have a HEA!!!
Read more
Helpful
Sending feedback...
Thank you for your feedback.
Sorry, we failed to record your vote. Please try again
Report abuse

RMathis
4.0 out of 5 stars Cute
Reviewed in the United States on 24 April 2020
Verified Purchase
Glad I got this book. It was super cute.But I will say I got annoying that Jackson couldn't keep reliable employees especially for someone with multiple businesses. Looking forward to rest of series. I really hope Jackson and Elle have a baby. He's will be a great dad.
Read more
Helpful
Sending feedback...
Thank you for your feedback.
Sorry, we failed to record your vote. Please try again
Report abuse
Load more international reviews

Kindle Customer
5.0 out of 5 stars Really enjoyable
Reviewed in the United States on 25 April 2020
Verified Purchase
Nice characters and no " bad" people to mess things up. Writing is good. What starts out has bickering neighbors, evolved into something much more.
Read more
Helpful
Sending feedback...
Thank you for your feedback.
Sorry, we failed to record your vote. Please try again
Report abuse

Linda
5.0 out of 5 stars Enemies to Lovers
Reviewed in the United States on 23 April 2019
Verified Purchase
Jackson and Elle don’t start out being neighborly but end up being the best neighbors each has had In a while. Through ups and downs and negotiating, they find love.
Read more
Helpful
Sending feedback...
Thank you for your feedback.
Sorry, we failed to record your vote. Please try again
Report abuse