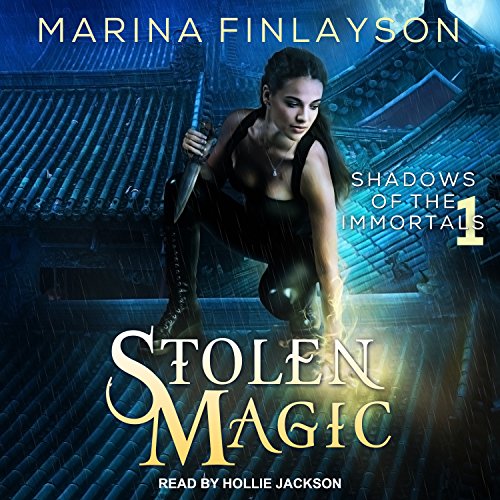 Kindle Customer
5.0 out of 5 stars Excellent story
Reviewed in Australia on 29 October 2016
Verified Purchase
Great story telling with non-stop action throughout. Wonderfully refreshing to have Aussie references and even more so having correct grammar. I am looking forward to the next story in this series and will definitely check this author's other works.
Read more
8 people found this helpful
Helpful
Report abuse

Adam
5.0 out of 5 stars Enjoyable, good flowing story with twists and a great ending.
Reviewed in Australia on 7 January 2017
Verified Purchase
There's a lot to take in at the start of the story. There's shapers, shifters and Lexi. Initially, I kept getting shapers and shifters confused, however, managed to get over this hurdle half way through.

I was hoping after a chapter or 2 that it wasn't going to be a buzz word book, however, a few chapters in, the flow of the story kicked into gear and I couldn't put it down.

The ending was surprising and fortunately for me, the 2nd book came out just as I finished this one. So I've purchased it already and can't wait to dig in.

Amazon Customer Yvonne Scott
4.0 out of 5 stars Very enjoyable.
Reviewed in Australia on 17 January 2017
Verified Purchase
A very enjoyable story for Lovers of the Fantasy and magical stories. Unexpected Idea, Stolen magic is quite a twist. I loved the idea of finding a different form of magic in mortals, as well as the world of magic existing in a mortal world without the mortal world being aware of its existance, Looking forward to reading the next in the Shadows of the Immortals series.
Read more
Helpful
Report abuse

Geoff
5.0 out of 5 stars More please!
Reviewed in Australia on 24 October 2016
Verified Purchase
A great new series from Finlayson. I love the concept of Shapers. The big plot reveal at the end will definitely have me coming back for more.
Read more
4 people found this helpful
Helpful
Report abuse

EAP
3.0 out of 5 stars Keep reading
Reviewed in Australia on 18 July 2018
Verified Purchase
Book 1: Enjoyable & captured my interest enough to move to the next book in the series.
Read more
Helpful
Report abuse

Amazon Customer
5.0 out of 5 stars Amazing!
Reviewed in Australia on 12 February 2017
Verified Purchase
I loved this book! I love both so far they're amazing! When there's a mystery it's not something you can see for yourself straight away, you learn with the character as they fit the puzzle pieces together, I love the mystery at the moment that's going on with lexi! Can't wait for number 3!
Read more
Helpful
Report abuse

Amazon Customer
5.0 out of 5 stars Good read 😊
Reviewed in Australia on 20 December 2016
Verified Purchase
I enjoyed reading this book. It's an easy book to read and kept my attention throughout the book. Definitely recommend to anyone looking for a supernatural romance, with a sassy protagonist.
Read more
Helpful
Report abuse

Poetic Puppy
4.0 out of 5 stars A good read, you won't be disappointed
Reviewed in the United Kingdom on 30 December 2016
Verified Purchase
Lexi has a secret. She’s also running from a fireshaper that wants her to steal something from the Ruby Adept; the most powerful fireshaper and the man in charge of the Ruby Council. Hoping to stay alive, Lexi and Syl ran from the job, and the shaper, as even knowing what this man wants could get them killed. Things are going to plan, until Jake Steele comes to town.

You’re probably wondering what a shaper is. Shapers are basically mages that have the ability to control an element or two. The plot itself is quite unique but if you’re expecting everything to be wrapped up in a neat little bow by the end of the novel, you will be disappointed. Hopefully all our questions will be answered throughout the rest of the series.

I’m not sure what to say about Lexi without giving too much away, so I’ll just say, that so far, I like her. Secret aside, she seems to be a very normal woman, that’s just trying to live her life as best she can. She may be a thief by trade but she’s loyal to those she considers her friends, even if she doesn’t trust them all with every part of her. Jake, like most Alpha male types, is likely to annoy you at the start, but rest assured, he becomes more likeable as time goes on. He breezes in with a sense of entitlement, expecting people (more specifically Lexi) to fall in line and do what he says. Fortunately, despite her fear, Lexi isn’t the sort to let anyone, even a shaper, control her.

I will be continuing with this series, as I enjoyed the pacing and plot of the story and am eager to find out what happens next.

Andy
1.0 out of 5 stars Trite and boring
Reviewed in the United Kingdom on 16 December 2016
Verified Purchase
Incredibly trite and over-used tropes make up the entirety of the book.

The fact that there is nothing in the book that isn't a cliche would be somewhat forgivable if it was at least competently written.

There weren't any glaring spelling or grammatical errors, but that was the high point.

The characters were one-dimensional and were pretty much one or two descriptive words each. These are thief (one home invasion gone wrong to prove it); bad guy; friend (but can I trust him?); friend (hothead); friend (pregnant) etc.

It felt rushed, and everything seemed abrupt. If every third paragraph started with the word 'suddenly' it would have read the same, and at least you'd know that's what you're getting.

In summary, it was a tired cliche and a chore to read. What a snooze! By the time I was about a third of the way through, I was mostly looking forward to it ending so I could stop reading it.
Read more
6 people found this helpful
Report abuse

Flossy
5.0 out of 5 stars Excellent read
Reviewed in the United Kingdom on 17 August 2021
Verified Purchase
My first book by this author but it won’t be the last.
A well written paranormal mystery with lots of intrigue and a splash of romance. It’s obvious that there’s much more to Lexi’s story and I’m really looking forward to reading the next book, which will be in just a moment!
Read more
Report abuse

Twigg
3.0 out of 5 stars Not for me
Reviewed in the United Kingdom on 30 June 2020
Verified Purchase
I downloaded my copy of Stolen Magic with good intentions. I don’t usually read shifter stories and it seemed like the time to give one a try. In retrospect, that was a mistake on my part.
If I could have got a feel the character and her purpose sooner, I may have read the entire story. However, there was nothing in the early writing to keep me involved, which makes for a short review.
If you like shifter tales, you may well see the story in a different light. I didn’t read enough to tell whether it was brilliant. By the same measure, I can’t say if it hits the opposite end of the scale.
Read more
Report abuse

J. Murphy
5.0 out of 5 stars Something Different this way comes!
Reviewed in the United Kingdom on 22 January 2019
Verified Purchase
This is such a well written page turner with a heroine who doesn’t always get things right. Too impulsive says her cat shifter friend who she is on the run with. Now reading the second book and know they are going to be a binge read!
Read more
Report abuse
See all reviews
Back to top
Get to Know Us
Make Money with Us
Let Us Help You
And don't forget:
© 1996-2021, Amazon.com, Inc. or its affiliates