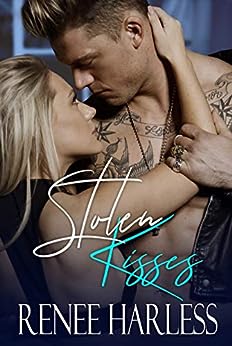 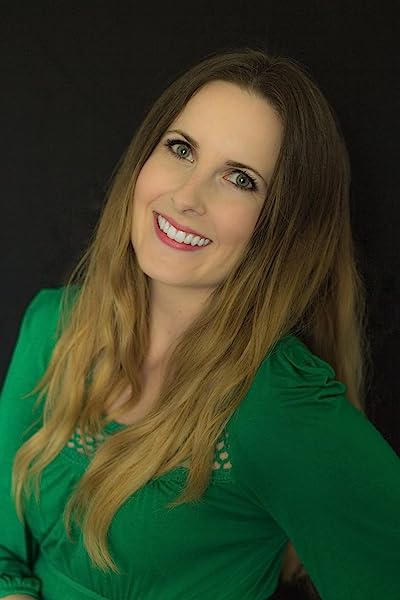 CLAYR CATHERALL
4.0 out of 5 stars Really enjoyed this book!
Reviewed in the United Kingdom on 28 March 2019
Verified Purchase
When I read about Sara and Cooper in ‘Stolen Nights’ I did wonder if we would get their story. I was intrigued by the chemistry between both characters. So I couldn’t wait to get my hands on this book...

Sara is Elle’s best friend and Cooper is Jackson’s brother. Neither believe in long term relationships, and love to hate each other. Only being so close to the characters from ‘Stolen Nights’ it makes it hard to avoid each other...

How will they survive each other’s company?

michelle m reynolds
5.0 out of 5 stars Cooper is Mine so Back Off!!
Reviewed in the United States on 29 March 2019
Verified Purchase
"I'm not ready for you. I'm not sure I'll ever be ready."

Oh. My. Lord! I loved this story so much!! I'm pretty sure if Cooper Divers was a real man, I just might have to use my hall pass on him. SWOON!!!!

Cooper Divers can't deny Sara's beautiful. He can't deny she's smart, and sexy, and royal pain his his....well, you know what. She's affected him like no other woman before, and now that they've been enlisted by his brother, Jackson, and his fiance Elle, to take over the details of planning their wedding, they're going be spending a lot of time together. Time he plans on using to wear her down and chip away at the wall she's put around herself - the wall with the graffiti proclaiming that love sucks. He's a patient man, and he'll wait as long as it takes for her to realize that she's already his. She's always been his.

Sara Campbell is a self-proclaimed cynic. As a divorce lawyer, she's seen what love can do to a person. It does nothing but lead to hatred and bitterness, and the total destruction of what was once considered to be sacred. The fact that her mom is on husband number five, and her best friend Elle was a statistic, only serves to reinforce her non-belief in the institution of love. Now, with Elle getting remarried, she's been asked to help with the planning. The problem? She has to work with Cooper, Elle's soon to be brother in law. Cooper is hot, for sure - muscles, good looks and a job that screams "HOT COP" - turns her stoic personality to it's knees. But she can't give in. She can't subject her heart to destruction of whatever might start between them, turns to utter and total crap. But, he makes her feel things she doesn't want to feel - loved, safe, wanted. Does she dare let him in and take the chance? Or, should she continue to shut him out to protect herself from what she believes is certain heartbreak? Has she pushed him away too many times to even get the chance to find out?

Such a great addition to this duet! If you haven't read the story of Elle and Jackson, definitely go grab it now! Then, grab Stolen Kisses. Cooper and Sara will steal your heart!!
Read more
Report abuse

Lisa(New Hampshire)
5.0 out of 5 stars "You're mine and you like it."
Reviewed in the United States on 28 March 2019
Verified Purchase
Cooper and Sara were asked to help plan the wedding of his brother and her best friend and weren’t thrilled with the idea. Will their constant togetherness lead to romance or will their lively banter fizzle out into only friendship?

Sara doesn’t trust easily because her mother has had many men in her life, not all of them nice. She can’t deny that Cooper is sexy and handsome and that he makes her wonder what it would be like to be alone with him. Sara assumed that Cooper was a womanizer but as she got to know him, she realized she had been mistaken. Sara was impressed by Cooper’s self confidence, work ethic and his dedication to keeping their community safe. Cooper was very attracted to Sara but she seemed hesitant about opening her heart to love. He felt Sara worked too hard and was always serious, which didn’t stop him from wondering what was under her sexy business suits. Sometimes Sara looked sad and a bit wistful which made Cooper want to make her smile and chase away her problems. Cooper would wait forever for Sara because he knew she was the one for him and he only hoped she would someday feel the same way about him.

I love Cooper and Sara with their back and forth comments, sexy glances and heart stopping kisses. It was very apparent that their attraction was mutual and I kept waiting for one of them to make the first move. Sara may have been confused about her feelings for Cooper but in the end, she realized a grand gesture was necessary to show Cooper that they were soulmates and meant to be together.
Read more
Report abuse

Sara rejects any type of commitment; she just doesn't go there. Her fear of things outside of her control has literally set the course for her life. So what she least expected was Cooper and all of the things he makes her feel...Coopers never felt anything like what he does for Sara. He's a man that know what he wants & even though he never saw her coming he definitely won't be letting her go. This is a story about taking a leap of faith, putting your walls down and letting love in and I could not have enjoyed it more. 💋
Read more
Report abuse

FlattLinesNoodle
5.0 out of 5 stars Swooning
Reviewed in the United States on 29 March 2019
Verified Purchase
The push and pull of Sara and Cooper's relationship was fun to read. The passion and chemistry was instant. Their pull to each other was almost outer-worldly, but that didn't mean their like it each other was that fast. Well, maybe their like for pushing each other's buttons. I never would have expected Cooper to be as sweet as he was. Sara was a little jaded and their relationship eased at a nice, slow burn, which was a little shocking with their crazy chemistry. However, it made the story and made for some cute moments. Loved the moment in Carson, as well!
Read more
Report abuse
See all reviews
Back to top
Get to Know Us
Make Money with Us
Let Us Help You
And don't forget:
© 1996-2021, Amazon.com, Inc. or its affiliates