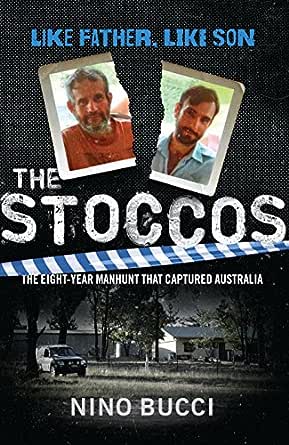 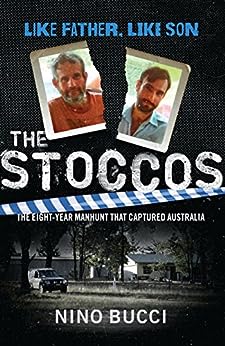 A true-crime book about the exploits of the notorious Stoccos, father Gino and son Mark, whose eight-year crime spree ended in 2015 when they were dramatically captured in rural NSW and charged with an array of offences - including murder.

After a run-in with police in 2007, father and son Gino and Mark Stocco went completely off the grid, travelling all around the country working as farmhands. For years they were carrying out moonlight raids to steal goods, going on vandalism sprees, and living for long stretches without phones, licences, bank accounts or friends.

Eluding arrest time after time in their eight years on the run, the Stoccos were two of Australia’s most wanted men. After dramatically ramming a police car in broad daylight in October 2015, they became the focus of the nation, triggering one of the biggest manhunt’s the country’s ever seen. When they were finally arrested two weeks later, they were charged with thirty-four crimes between them – including the murder of 68-year-old Rosario Cimone.

The Stoccos: Like Father, Like Son follows their long and bizarre journey throughout the Australian bush, and also looks at what caused them to embark on it in the first place and how they managed to remain undetected for so long. Gripping, intriguing and insightful, this is a forensic account of this strange and chilling story.
See all Product description