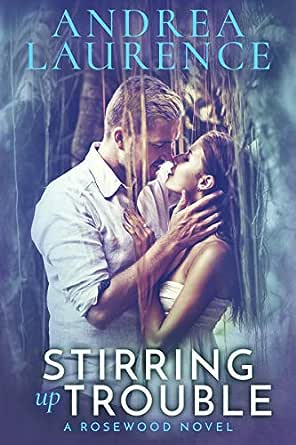 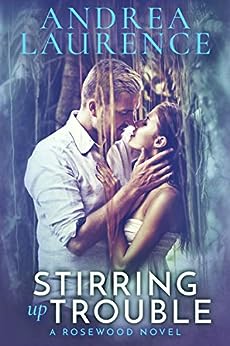 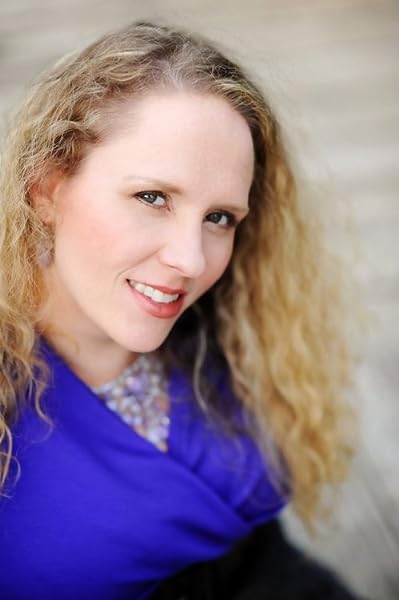 Andrea Laurence is an award-winning contemporary author who has been a lover of books and writing stories since she learned to read. She always dreamed of seeing her work in print and is thrilled to be able to share her books with the world. A dedicated West Coast girl transplanted into the Deep South, she's working on her own "happily ever after" with her boyfriend and five fur-babies. You can contact Andrea at her website: AndreaLaurence.com. --This text refers to an alternate kindle_edition edition.
click to open popover

chrissycf
4.0 out of 5 stars A sweet, sweet romance
Reviewed in the United States on 14 November 2015
Verified Purchase
Stirring Up Trouble is the third book in the Rosewood Series by Andrea Laurence and can be read as a stand alone. In Stirring Up Trouble we get Maddie's story, who I was excited to read about, and also cringing, because she wasn't the nicest character in the previous books. I will admit, at times, especially during the beginning, I found it extremely hard to like Maddie's character, but as the book grew on, I ended up liking her more and more.

Maddie starts a war with Emmett, the local bar owner, for disturbing her sleep at night. With her waking up early and going to bed early, the noise coming from the bar each night is driving her nuts. She's used to everyone cowering down to what she wants so when Emmett didn't back down, things got interesting. Emmett isn't a fan of Maddie's, he calls it like he sees it, and believes she's a stuck up snob who believes the world should bow down to what she wants. He's met girls like her before, and isn't about to let her walk all over him. When he doesn't back down, and they end up in a screaming match, they are brought in and forced to do community serviced together.

The chemistry between Maddie and Emmett is definitely hot, and I wanted them to give into what they both wanted, but enjoyed the wait that Andrea Laurence put us through. Maddie and Emmett start to open up to one another, and they both learn that there is so much more to each other, then they originally thought. Seeing Maddie lowering her defenses, and seeing how her attitude affected others was awesome, and I enjoyed seeing her starting to change her ways and ask for forgiveness for the things she's done to make people dislike her so much. Emmett is keeping secrets from Maddie, and as much as I loved his character, I despised that he kept something so huge from Maddie. I understand why he did it, but Maddie should never have found out the way she did about who Emmett really is.

This was an enjoyable read, and I loved getting to see more of Pepper, Grant, and Blake. It is a little bit over the top, but at the same time, a story that I couldn't help but fall in love with. Emmett and Maddie's story had me laughing, cringing, and swooning over and over again. I highly suggest this book if you are looking for a contemporary romance with some definite laughs.

I have received this book as a member of the XOXperts, XOXO After Dark’s official street team, in exchange for an honest review.
Read more
Helpful
Sending feedback...
Thank you for your feedback.
Sorry, we failed to record your vote. Please try again
Report abuse

Sandra Trunick
5.0 out of 5 stars Great Story! Love it!
Reviewed in the United States on 25 October 2015
Verified Purchase
I absolutely love this story. Madelyn is a spoiled rich girl. Her dad gave her everything she ever wanted. In school she was one of those mean girls who picked on girls who did not fit into her lifestyle. Now she is grown up and ownes the Madelyn's Baker and Tea House.
Emmett Sawyer is a man who wanted to leave his hectic life in Florida for a much slower pace life. He own's Woody's Bar.
Madelyn lives across the street from the bar and the noise from it keeps her up at night . She needs to be up at 3 am to start baking and is not getting no sleep because of the noise from the bar. A lot happens between the two of them including getting arrested for disturbing the peace. They end up doing community service together and everything changes. This is a great story I know you will love it. Andrea Laurence did a great job with these characters. Enjoy
Read more
One person found this helpful
Helpful
Sending feedback...
Thank you for your feedback.
Sorry, we failed to record your vote. Please try again
Report abuse

Linda Rimer-Como
5.0 out of 5 stars Exciting read!
Reviewed in the United States on 12 October 2015
Verified Purchase
This book was jam packed! There is mystery, secrets, mean spirited people and growing love. I had a hard time putting it down as the story line is exciting and the characters intense. This is definitely a book you do not want to miss out on reading!

Gifted a copy for an honest review.
Read more
Helpful
Sending feedback...
Thank you for your feedback.
Sorry, we failed to record your vote. Please try again
Report abuse