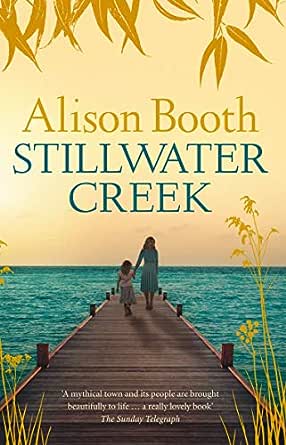 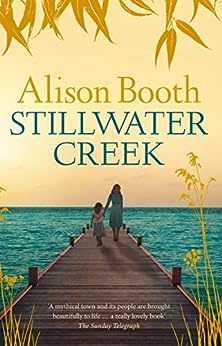 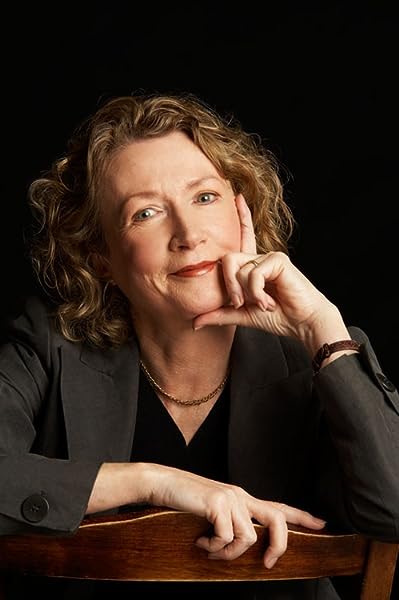 "A story that lingers long in the imagination." --Debra Adelaide, author, "The Household Guide to Dying"

"A story that lingers long in the imagination." Debra Adelaide, author, "The Household Guide to Dying""

"A mythical town and its people are brought beautifully to life . . . a really lovely book." "Sunday Telegraph"" --This text refers to an alternate kindle_edition edition.

"Alison Booth s dazzling debut, set in a beautiful coastal town of NSW, is an unforgettable, heart-warming novel about love and loss, betrayal and hope..." --This text refers to an alternate kindle_edition edition.

Alison Booth is currently hard at work on her third novel, which will be set in Jingera in 1970. --This text refers to an alternate kindle_edition edition.
Read more

Jennifer Cameron-Smith
TOP 10 REVIEWER
4.0 out of 5 stars `It was all too easy to misunderstand and be misunderstood.'
Reviewed in Australia on 9 December 2013
In September 1957, Ilona Talivaldis and her daughter Zidra travel to the town of Jingera in coastal New South Wales to start a new life. Ilona, a concentration camp survivor from Latvia, has recently been widowed and plans to teach piano and hopes to find a peace which has so far eluded her. While the story starts with Ilona and Zidra, and is mainly focussed on them, it encompasses many of the people living in and around Jingera.

I enjoyed this novel, and I especially liked the conclusion with its promise of brighter futures for a number of the characters. Two of the themes that caught my attention were dispossession and difference. In a number of ways, the experiences of Ilona and Zidra were similar to those of the indigenous girl Lorna Hunter and her family. Except, ironically, that in the Australia of the 1950s, Ilona and Zidra had a better chance of `fitting in'. On reading the novel, though, it became very clear that there are different degrees of difference and acceptance in Jingera.

Yet while I liked the conclusion, I was not totally satisfied with the ending. On one hand, it was too neat, while on the other hand I wanted more.

Amazon Customer
5.0 out of 5 stars best in the trilogy
Reviewed in Australia on 7 May 2014
This is my favourite! It was so refreshing to stumble on such a well-written, engrossing story set in familiar locations. It resounded with many memories from my childhood- the beach, innocent friendships including with migrants from the war, prejudice and first love. Narrated sensitively and with gentle humour, Booth also challenges the official history of our aboriginal heritage.
Read more
Helpful
Comment Report abuse
See all reviews

Jonathan Haskel
5.0 out of 5 stars terrific
Reviewed in the United Kingdom on 29 January 2014
Verified Purchase
A great read. An beautifully written evocative book making the heat and light of Australia totally vivid and rendering the characters with tremendous skill.
Read more
One person found this helpful
Report abuse

Kate Hopkins
3.0 out of 5 stars A Bit Too Cosy
Reviewed in the United Kingdom on 14 November 2015
Verified Purchase
Spoiler alert - don't read if you don't want something of a plot synopsis.

The first in a trilogy set in the New South Wales town of Jingera, 'Stillwater Creek' opens with Latvian refugee and trained pianist Ilona Talivadis and her daughter Zivka moving to Jingera from Sydney after the death of Ilona's husband. Ilona's life so far has been disturbed and unhappy - imprisonment in a labour camp and then a concentration camp during World War II (which meant that she was unable to pursue her career as a pianist), a few years in an internment camp and then in a small house in Bradford in the North of England, during which time she married her husband, fellow Latvian refugee and musician Oleksei, and then emigration to Australia, where so far she has had a hard life, and been unable to relaunch her musical career. But Jingera seems to offer her a new lease of life. She quickly begins to get piano pupils, and to make friends, including with Cherry Bates, the shy and secretive wife of the local publican, with George McAllister the butcher, a gentle man with a passion for astronomy, and with his ultra-domestic wife Eileen, and, eventually, with Peter, a former war hero who's returned to the area to farm, and is living a somewhat reclusive life due to the trauma of his wartime experiences. Zivka too blossoms, befriending Lorna, a half-Aborigine girl in her class at school, and George's sons, intellectually brilliant Jim and practical Andy. But, when Lorna falls victim to a local move to re-locate half-Aborigines from their family settlements to children's homes where they will supposedly 'learn to be good Australians', and when it transpires that Cherry Bates's husband has a secret far more sinister than that of his wife, Ilona and Zivka's happiness is threatened...

Or rather, it's not really, as the tone of this book is rather suffocatingly cosy. Booth is tackling some big subjects here - marital misalliance (not just Cherry and Bill, but also George and Eileen), the shameful mistreatment of the Australian Aborigines, racism, the fallout from World War II (including postwar trauma for ex-soldiers like Peter or victims of German camps like Ilona), paedophilia and sexual prejudice. But somehow, none of these themes really hit hard or are explored in depth, because Booth is so concerned with telling a 'nice' story. This means that the characters come across for the most part as rather shallow, and their behaviour as frankly unbelievable. Ilona seems way too calm for a woman who's lost all her family in a concentration camp (whether she's meant to be Jewish or not I don't think we're ever told - or indeed if she has religious faith), and Booth's depiction of her reaction to the death of her husband (basically along the lines of 'I didn't mind that he died because we'd fallen out of love some time before') was rather ridiculous. Ilona's attitude - and by extension Booth's - seems to have been that Oleksei was being 'silly' for 'sulking' about not being able to have a musical career in Australia and that he should have made more effort to be cheerful. In reality, I think both Oleksei and Ilona would have been grieving for their lost musical hopes, and for their lost families. But Ilona, for all her sweetness, does seem a curiously unobservant woman - when her daughter Zivka becomes depressed she wonders vaguely if she's 'inherited my husband's melancholic temperament' - but Oleksei surely had many reasons to be melancholy, while Zivka didn't? Other themes were rushed over - the trauma of Lorna's abduction seemed to last but a couple of scenes, before the characters reverted to normal life, with an attitude along the lines of 'Oh, that's sad but never mind', and Cherry Bates's calm attitude to having an affair with a woman seemed completely incredible for a woman who'd spent her whole life in a rather narrow-minded small town. Ilona and Peter's relationship was also not very convincing - they went from disliking each other in one scene (particularly after Peter started correcting Ilona's English) to virtually engaged a few scenes on. Anything sinister or unhappy in this book was skirted round or rushed over, so that Booth could devote her time to describing jolly picnics, boating adventures and tea parties. Even the sinister paedophile was only briefly a threat, and was too ridiculous to be really frightening - he eventually manages to burn his own house down, and him with it, while trying to burn some papers. I also found the child Zivka, with her shame at her mother's foreign ways and exaggerated cuteness, deeply irritating, ditto Lorna. There could have been a much more effective exploration of Aboriginal culture and integration here, ditto what it would have been like to be a European immigrant to Australia - I think in such a small town Ilona would have encountered MUCH more prejudice.

There were some very good bits to this novel - Jim McAllister's desperate desire to get educated, Ilona's and Peter's search for rural peace as an escape from their nightmares of the past, Lorna's family's dignified attitude to what happened to her. But on the whole I found the constant suffocatingly cosy descriptions of jolly small town life rather too sentimental. This was a book with definite potential - but it could have been a lot better.
Read more
Report abuse

Peg
3.0 out of 5 stars A lucky find
Reviewed in the United States on 22 March 2012
Verified Purchase
I bought "Stillwater Creek" after having borrowed, on a whim, "Indigo Sky" from the local library and finding it was the second of a trilogy.
The first, "Stillwater Creek" provided a good introduction to characters and to themes of the novels. It explores the experience of refugees in small country towns of Australia, displacement of Aboriginal people, the removal of Aboriginal children from their families, homosexuality and the insidious entrapment techniques used by adults with a sexual attraction to children. Overall, the book provides a balance between the general acceptance of social wrongs and, on the other hand, an optimistic view of life's possibilities.
Read more
One person found this helpful
Report abuse
See all reviews
Get FREE delivery with Amazon Prime
Prime members enjoy FREE Delivery and exclusive access to movies, TV shows, music, Kindle e-books, Twitch Prime, and more.
> Get Started
Back to top
Get to Know Us
Make Money with Us
Let Us Help You
And don't forget:
© 1996-2020, Amazon.com, Inc. or its affiliates