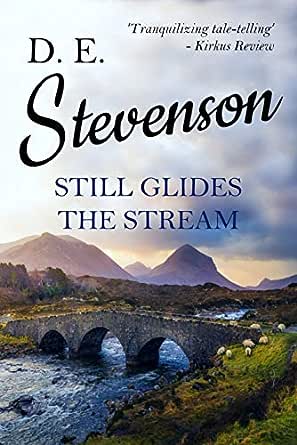 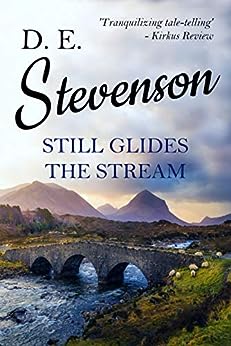 Amy Reader
4.0 out of 5 stars A story about 2 prominent families & their interactions told in an interesting way.
Reviewed in Canada on 30 March 2019
Verified Purchase
I liked this book. It's nice to not have a weird murder or a crime ridden novel,or hear horror stories . It's a lovely little book to take to your recliner chair for a good little read in th e afternoon when you're sick of listening with horror to the news. A good getaway.
Read more
Report abuse

Rory Coker
3.0 out of 5 stars Two aging families try to adapt to the changing times in mid-1950s rural Scotland
Reviewed in the United States on 3 June 2018
Verified Purchase
You have to give Ms. Stevenson credit for trying to change it up in each novel she wrote. The main theme here may offend some readers, as you can see by one of the other reviews on this page. In rural Scotland, two neighboring estates are facing serious problems (the story is set circa 1955, and television is mentioned at one point). Some of the problems are economic, some are related to loss of an heir to one of the estates in the war, and some are related to lack of suitable partners for two characters who are of marriageable age. The mysterious last letter written by the charismatic heir killed in the war, whom all the other characters adored, leads the main male character to a tour of investigation in France, where he makes not one but two shocking discoveries about his deceased best friend. This happens about halfway through the novel, and the rest of the novel explores how the characters introduced in the first half have to deal with and adapt to what happened in France and how it impacts the two estates. The main "romance" is treated in a very perfunctory way, almost pushed entirely out of the book by the complex plot.

I enjoyed, as always, Ms. Stevenson's ability to create realistic characters who are generally (except for the villains) very far from stereotypes. I did find the main male character to be exceptionally slow on the uptake, but at least he's persistent, and his slowness is needed to keep the mechanics of the complex plot running smoothly.
Read more
5 people found this helpful
Report abuse

Quilt A Holic
5.0 out of 5 stars Relaxing escape....
Reviewed in the United States on 7 March 2019
Verified Purchase
DE Stevenson is one of my favorite authors. YEARS ago in high school, I read her book, Mrs. Tim and loved it.
I didn't realize until just recently that she was the author and that I'd been reading her other books for the last couple of years.

If you enjoy escaping to another place and time, a kinder, gentler world, pick any of her books, and you will be addicted. Yes, you may guess the ending, but it's not about the plot; it's about the story and the story telling.
Always a pleasure to read her many works.
Read more
5 people found this helpful
Report abuse

kitz
5.0 out of 5 stars nostalgic romance wins over new crap ("I own a bookstore") style romance anyway
Reviewed in the United States on 2 February 2016
Verified Purchase
Of course a good romance, not the new "hey we're hip and I run a store selling dog treats.... blah blah..." romance style. This is real life, with good people (and some bad)
Read more
8 people found this helpful
Report abuse

Amazon shopper
4.0 out of 5 stars So fun!
Reviewed in the United States on 28 March 2019
Verified Purchase
I'm sure I have read this book before, but it was so many years ago that I didn't remember it so it was like a new D.E. Stevenson. I just love her gentle, sweet stories so much. There is no author I would rather relax with..... okay she's tied with Georgette Heyer.
Read more
One person found this helpful
Report abuse
See all reviews
Back to top
Get to Know Us
Make Money with Us
Let Us Help You
And don't forget:
© 1996-2021, Amazon.com, Inc. or its affiliates