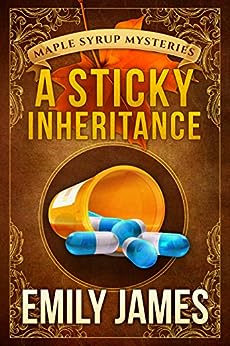 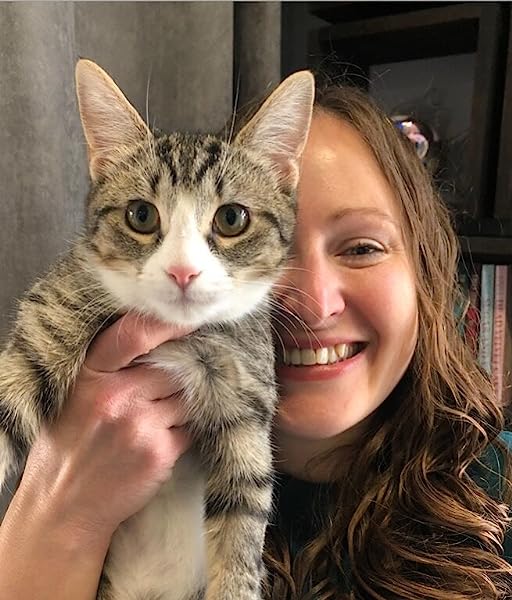 I enjoyed the speed of the plot as well as the narrator's upbeat voice.-- "Reading Around the Genres" --This text refers to the audioCD edition.

Emily James writes books with quirky characters and a touch of romance. She keeps them clean because she wants her books to be the kind you could share with your teenager or your mother. She is the author of the Maple Syrup Mysteries series.

Audible bestselling narrator Andrea Emmes started her career in musical theater. Cutting her teeth at The Trinity Arts Center in Rhode Island, Andrea eventually made her way to Orlando and began her eclectic career singing/dancing in various shows at Walt Disney World, Universal Studios, and Pirates' Dinner Adventure; performing as a magician's assistant; headlining on the Las Vegas Strip; and touring Los Angeles as an L.A. Award-winning artist with her album, I'm On My Way. Having worked in TV, film, and video games, Andrea, a total book nerd, now enjoys narrating audiobooks at her home studio in San Jose, California. Her wide range of character voices and dynamic, emotionally invested performances have reviewers and listeners alike commenting on how she effortlessly pulls listeners in, and has versatility and charisma. --This text refers to the audioCD edition.

4.6 out of 5 stars
4.6 out of 5
91 global ratings
How are ratings calculated?
To calculate the overall star rating and percentage breakdown by star, we don’t use a simple average. Instead, our system considers things like how recent a review is and if the reviewer bought the item on Amazon. It also analyses reviews to verify trustworthiness.

Chezza, Victoria, Australia
4.0 out of 5 stars Great First Book in Series
Reviewed in Australia on 10 January 2017
Verified Purchase
A great start to a new series. I really enjoyed this book, the story kept moving along which kept me reading.
Recommended.
Read more
Helpful
Report abuse

sue wells
TOP 500 REVIEWER
5.0 out of 5 stars Fabulous story
Reviewed in Australia on 3 February 2019
I think EMILY JAMES is a great author. I loved the story so much that I read it in one sitting. I loved the characters too.
Read more
Helpful
Report abuse
See all reviews

Kindle Customer
5.0 out of 5 stars Overdose on suspects
Reviewed in the United Kingdom on 4 May 2017
Verified Purchase
A suicide or murder, that is the question raised. A variety of suspects and motives give you enough scope to question everyone. A good quick read.
Read more
Report abuse

Janet Sketchley
5.0 out of 5 stars Definitely want to read more of this series
Reviewed in Canada on 7 June 2017
Verified Purchase
Uncle Stan disgraced himself in Nicole's family by leaving a lucrative medical career for an obscure maple syrup farm, and now he’s left the farm to her. For all her doubts about being a lawyer, she’s not sure this would be better. Plus, her parents would never forgive her.

More important in the short term is proving that Uncle Stan did not commit suicide, as originally thought, and finding his killer.

Along the way, Nicole gets herself into some amusingly awkward situations and begins to make what could be some good friends – if she lives and decides to stay.

Nicole has some fun quirks, like the novelty socks she wears despite her upscale lawyer image, and her occasional references to geek culture. I was happy to recognize a nod to the movie, “The Princess Bride,” as well as a classic Star Wars reference. Readers who don’t get those comments won’t miss any of the story.

Favourite line:
It was strange watching twins arguing, like seeing a person fight with their reflection in a mirror. [Kindle location 319]

This is a clean mainstream read, and I am highly enjoying this series. So far, each book includes a recipe involving maple syrup.
Read more
Report abuse

Janice L
5.0 out of 5 stars Clean cozy mystery
Reviewed in Canada on 16 June 2017
Verified Purchase
I purchased this book because of a review by fellow author, Janet Sketchley, and I'm glad I did. It's the story of Nicole Fitzhenry-Dawes who finds herself in a quaint Northern Michigan town as new owner of a maple syrup business. Nicole is a lawyer, but she's not happy about it. Her parents, also lawyers, demand perfection, and she is far from perfect. I fact, she is klutzy. I love that about her. A big city girl in a small town, trying to figure out who murdered her favorite uncle, the only one who ever understood her or took time for her.

The mood of the book is lightened by humor, but the plot is intense, as cozy mysteries go, and carries the reader on to the very end when the mystery is finally solved.

One of the best things about this book/series is that it's a clean read. Thanks, Emily James.
Read more
Report abuse

Amazon Customer
5.0 out of 5 stars A Great Cozy Mystery
Reviewed in Canada on 26 March 2021
Verified Purchase
I read A Sticky Inheritance in Large Print format and I loved it.
It was a great, well-written cozy mystery.
I have ordered the rest of the series and can't wait to read them!
Read more
Report abuse
See all reviews
Back to top
Get to Know Us
Make Money with Us
Let Us Help You
And don't forget:
© 1996-2021, Amazon.com, Inc. or its affiliates