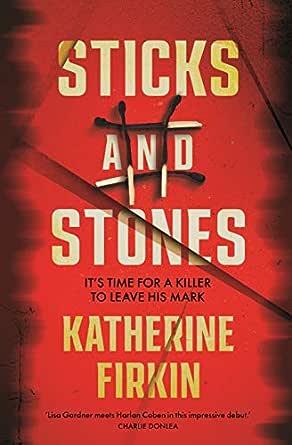 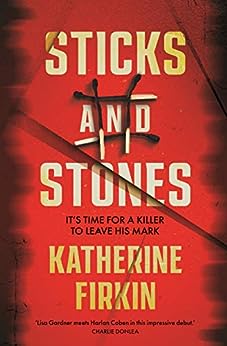 Katherine is a Melbourne-based journalist, currently a full-time reporter with Ten News First.

She has over a decade of experience, and has worked across every medium - print, online, television and radio - at some of the nation's biggest outlets.

Katherine began her career at the Herald Sun newspaper (News Corp), where she specialised in sports reporting (winning an AFL Media award in 2008), before moving to breaking news, including crime and court reporting. During this time, she covered some of the state's most notorious criminal affairs, including the death and funeral of underworld figure Carl Williams.

She has also worked for Seven West Media (7 News, 7 Sport), 3AW Radio, and the Nine Network, and has been a regular international correspondent for multiple global outlets.

Katherine has been writing fiction from a young age, and she studied literature and journalism at university, as part of her Arts degree. Her debut novel is inspired by the many criminal trials she has covered.

You can find her here-
https-//twitter.com/KatherineFirkin
https-//www.instagram.com/katherinefirkin/
https-//tendaily.com.au/ --This text refers to the paperback edition.

A terrifying, twisting debut from TV news journalist Katherine Firkin. It's time for a killer to leave his mark . . . --This text refers to the paperback edition.

AGV
3.0 out of 5 stars Entertaining
Reviewed in Australia on 24 June 2020
Verified Purchase
It is entertaining, but for me, it is well written from an academic point of view. I found it predictable in the way it was written. When characters were introduced, how they behaved or were supposed to behave.
Read more
Helpful
Comment Report abuse

Jennifer Cameron-Smith
TOP 10 REVIEWER
4.0 out of 5 stars ‘He woke with a start as the final siren was sounding.’
Reviewed in Australia on 18 June 2020
Melbourne, Victoria. Detective Emmet Corban has been part of the Missing Persons Unit for a year. It’s a difficult job: most of the people who go missing don’t want to be found, and there’s a possibility that the Unit will be downsized.

Two new missing person cases are reported. Natale Gibson’s disappearance is totally out of character: she’s the mother of two young children, a member of a closely knit family. Rosemary Norman’s disappearance is reported by her brother, but she’s always been peripatetic. Is she missing, or is she travelling?

And then a mutilated body is discovered. The case is handed to Corban to investigate (the body belongs to one of his missing persons, so his team has already done some investigating). Then another body is found: is there a serial killer at work?

While the police investigations provide one view into the story, we are also in the third person view of the killer. We don’t know who the killer initially, just that he was once a very badly traumatised child:

'He didn't have to be normal, the boy realised. He just had to pretend.'

Who is the murderer? And why has he killed these women? Can he be caught before he kills anyone else?
I picked this novel up and read it in a day. It took me a few pages to get into the rhythm of the narrative, but I was quickly hooked. I thought I’d worked it out, and I did (eventually) but not until very close to the end.

This is Ms Firkin’s first novel and I hope it is not the last. Recommended.

Mandy White
TOP 50 REVIEWER
4.0 out of 5 stars Great Aussie Crime novel
Reviewed in Australia on 9 June 2020
I really enjoyed this new Aussie crime thriller from Katherine Firkin. I love a good crime book/police procedural and even better when it is set in Australia. I hope this is the first of a new series as I really liked the main police character of Emmett Corban. Get behind this book and great new voice in Australian crime writing.

Emmett is the overworked head of the Missing Persons Unit when Natale Gibson is reported missing. Her family insists that she would never leave her family intentionally and are worried for her safety. The case is complex with plenty of likely suspects. But it doesn’t end there, the bodies are piling up. As the victims are investigated the team start to find links between them and the answer maybe in the past.
Read more
Helpful
Comment Report abuse

Rachel
5.0 out of 5 stars A well written whodunnit !
Reviewed in Australia on 10 June 2020
Love a novel set in my home town of Melbourne and this debut novel did not disappoint! A twisty , turny whodunnit has me guessing till the end . The introduction of multiple characters didn’t confuse me. Look forward to more by this author !
Read more
Helpful
Comment Report abuse

Charlene
TOP 1000 REVIEWER
4.0 out of 5 stars A gripping who-dunit
Reviewed in Australia on 11 June 2020
A gripping who-dunit. Couldn’t put it down. Thanks to the author and Pigeonhole for the ARC.
Read more
Helpful
Comment Report abuse

Sarah
4.0 out of 5 stars Entertaining
Reviewed in Australia on 17 June 2020
Interesting and entertaining story - kept me guessing until the end. Some of the perspectives from a child’s point of view were heartbreaking
Read more
Helpful
Comment Report abuse
See all reviews from Australia
Get FREE delivery with Amazon Prime
Prime members enjoy FREE Delivery and exclusive access to movies, TV shows, music, Kindle e-books, Twitch Prime, and more.
> Get Started
Back to top
Get to Know Us
Make Money with Us
Let Us Help You
And don't forget:
© 1996-2020, Amazon.com, Inc. or its affiliates