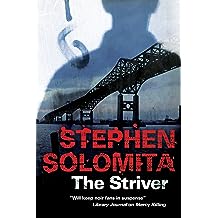 Teddy Winuk has it all going on. He’s young, ambitious, dedicated, ruthless and blessed with enough energy to fuel a crew twice the size of the one he’s assembled. Teddy has a game plan, too, a marketing strategy worthy of the financier he once aspired to be. New York City is home to more than three million immigrants from all over the world. Naturally, a small percentage is in need of the drugs and the loans he’s prepared to supply. All he needs to do is reach out to them through a network of junior partners drawn from those very communities.

Yes, Teddy Winuk is on his way up, yet like all entrepreneurs, there are hurdles to overcome. Two especially, in Teddy’s case. First, the John Pianetta crime family and the tax they impose on the profits of ambitious criminals like Teddy. Second, a pair of New York detectives named Boots Littlewood and Crazy Jill Kelly. Funny thing about Jill and Boots. They just won’t give up.
Read more
Other Formats:: Hardcover , Paperback
includes tax, if applicable 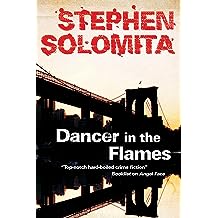 Detective Boots Littlewood of Brooklyn’s Sixty-Fourth Precinct has been assigned an investigation that’s hitting close to home: the murder of his police captain. It’s been called another tragic cop killing. Boots suspects something closer to an organized hit—and he knows in his gut that the perp in custody is an innocent man. Boots’s new partner, “Crazy” Jill Kelly, is taking it personally, too. The daughter of a murdered officer, she’s got a quick temper, a vengeful streak, and perfect aim.

Once Boots and Jill hit the streets, they uncover more than dirty secrets. The investigation reaches back a decade to the sordid serial crimes of the Lipstick Killer—and ahead to a cesspool of corruption and conspiracy that taints the badges of New York’s finest. But as Boots and Jill prepare for hunting season, they realize that they themselves are being hunted.
Read more
Other Formats:: Audible Audiobook , Hardcover , MP3 CD
includes tax, if applicable 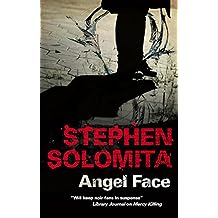 Angel Face 01/03/2012
by Stephen Solomita
( 3 )
$13.57
An exciting contemporary hard-boiled thriller set in New York - Angel Tamanaka is a beautiful young prostitute working for an escort agency in Manhattan. Leonard Carter is ex Special Forces and has been living off the grid ever since he returned from overseas to work as a hit man. Their two worlds collide when Angel witnesses Leonard executing one of her clients, a high-profile gangster, and they form an unusual alliance. For Angel’s client spoke to her of a cache of money before he died . . . but can they get to it before the gang tracks them down?
Read more
Other Formats:: Hardcover
includes tax, if applicable 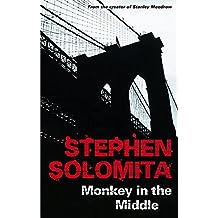 Monkey in the Middle (Severn House Large Print) 01/11/2011
by Stephen Solomita
( 2 )
$13.57
A mercenary turned hitman. An aging gangster with arthritic knees. A bent cop playing more angles than a Brooklyn pool shark. Which of these men is the hunter? Which the hunted? And who's just the monkey in the middle?
Read more
Other Formats:: Hardcover , Paperback
includes tax, if applicable 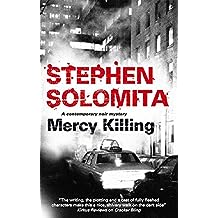 Mercy Killing 01/11/2011
by Stephen Solomita
$13.57
Death’s not so simple when there’s money involved . . . - When affluent New Yorker Joyce Hauptman dies suddenly, the investigator suspects something other than natural causes. Joyce’s husband, Charles, stands to inherit her wealth and is the obvious suspect, but Detective Lenny Shaw quickly discovers that things aren’t what they seem. As Charles maintains his innocence, and the influence of his powerful father-in-law intrudes, Lenny is hurled towards a conclusion that is as shocking as it is violent.
Read more
Other Formats:: Hardcover
includes tax, if applicable 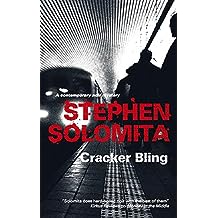 Cracker Bling 01/11/2011
by Stephen Solomita
( 2 )
$13.57
A contemporary New York noir coming-of-age story - Nineteen-year-old Hootie has been in trouble all his life. An outsider, his father was Crow Indian; his mother is black; but Hootie is neither black, nor white, nor Latino, nor Asian. When he meets Bubba Yablonsky, the biggest white man hes ever seen, at a subway station in Harlem, he knows somethings up. Then Bubba opens fire at an innocent rat before offering Hootie money and a place to live. But whats the catch? And what else who else has Bubba shot?
Read more
Other Formats:: Hardcover , Paperback
includes tax, if applicable
Back to top
Get to Know Us
Make Money with Us
Let Us Help You
And don't forget:
© 1996-2020, Amazon.com, Inc. or its affiliates