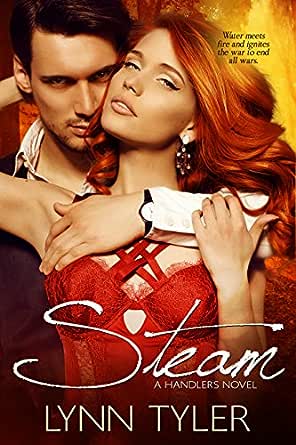 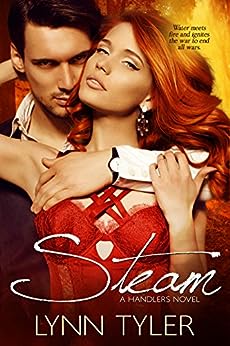 From the author of the bestselling Pack Mates series, comes the first novel in her brand new series.

He's broken. She thinks she's crazy. Either they work together or the world they know will be gone forever.

Sunny Kerrigan has never quite figured out what was wrong with her. After being raised in a series of foster homes, and even a stint in the local psychiatric unit as a child, it’s not until she’s visited by two strange men that she finally gets some answers about her past. She’s a witch. A fire handler, to be specific.

Sloan Shirer, the MacAlister water handler, has never gotten over the death of his wife. But the arrival of the new fire handler, with a personality that matches her name, shakes him to the core. Suddenly, he’s feeling things he’d thought died all those years ago with his wife.

Sunny and Sloan struggle to find their way as the prophesied battle looms ever closer in this steamy new series.

This book has been previously published.

What people are saying about Lynn Tyler:

"...it went from being a more or less gritty crime thriller to an 'Outer Limits' episode...which I loved!" Amazon reader on Lynn Tyler's Hunted.


"Lynn Tyler kills me with her talent. I'm standing on top of a chair, clapping my hands hysterically while yelling BRAVA!" Amazon reader on Lynn Tyler's Pierce's Choice.


"What a deliciously unique, must read novel in contemporary PNR fiction!...I was immediately blown away as this page-turner grabbed me from the start and held on tight, never letting go even after I had finished then left me craving more!...An amazingly smooth writing style that flows seamlessly throughout this intriguing & unusual story-line, and kept me engaged at all times...I was left holding my breath as my heart raced and I turned the pages even faster to see what would happen next- then I didn't want it to end." Goodreads Reviewer on Lynn Tyler's Hunted.
click to open popover

Deb_Loves2read
5.0 out of 5 stars Warning- Must Wear Gloves! Smoking Hot & Addictive MUST READ Page-turner!
Reviewed in the United States on 8 February 2017
Verified Purchase
“Steam” is a deliciously addicting PNR must read! I was glued to my seat from the start & did not want to put it down when I had to! A fantastically unique storyline & awesome characters with different elements of magic, witches & shifters; great attention to detail with twists & turns, will keep readers engaged & turning pages! Oh & make sure to have a fire extinguisher handy from the sizzling sexy scenes ;) Even tho I voluntarily read this book, these are my honest feelings without any outside influences. Then I actually bought my own copy to keep in my favorites folder! I highly recommend this to all 18+ adult fans of fiction & especially those who love paranormal & fantasy like I do! I cannot wait for the next installment!
Read more
One person found this helpful
Helpful
Report abuse