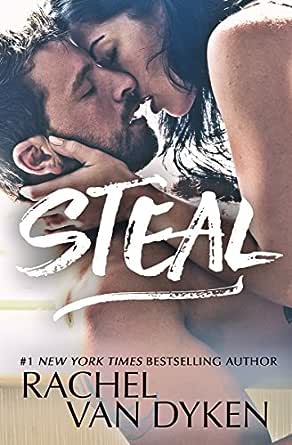 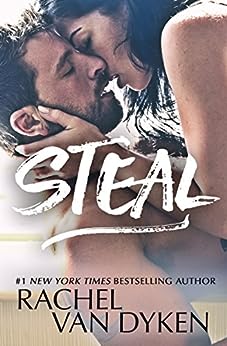 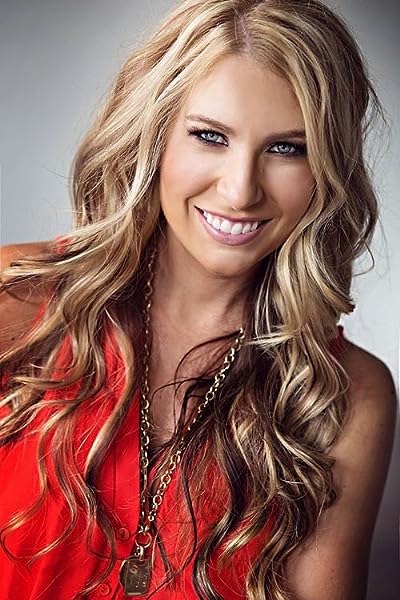 Rachel Van Dyken is the New York Times, Wall Street Journal, and USA Today bestselling author of regency and contemporary romances. When she's not writing, she can be found drinking coffee at Starbucks and plotting her next book while watching The Bachelor. She lives in Idaho with her husband, their adorable son, and their two snoring boxers. She loves to hear from readers! Text MAFIA to 66866 for updates on her new releases.

Brittany Pressley is a voice-over artist, a songwriter, a vocal producer, and an actress in New York City. Her notable screen credits include being a newscaster on FOX Kid's News and playing Courtney in the television series Swans Crossing. Her theater credits include Midsummer Night's Dream and The Sound of Music. As a voiceover artist, she has done both regional and national commercial spots and PSAs for television and radio, and she has narrated several audiobooks. --This text refers to the audioCD edition.

4.7 out of 5 stars
4.7 out of 5
179 global ratings
How are ratings calculated?
To calculate the overall star rating and percentage breakdown by star, we don’t use a simple average. Instead, our system considers things like how recent a review is and if the reviewer bought the item on Amazon. It also analyses reviews to verify trustworthiness.

Megan Chambers
TOP 500 REVIEWER
4.0 out of 5 stars *4 Stars*
Reviewed in Australia on 12 June 2020
I enjoyed this one way more than I thought I would. I shouldn't have doubted it, because I love RVD books, but after the brief glimpse into these characters in the previous book, I just didn't think I would feel it. I sure am glad I was wrong!

Will and Angie had this intense push and pull throughout the whole book, and slowly their past gets revealed. There is a lot of interfering from their friends, which I was laughing about as I read, and I really do love that group of friends. I need to go back and read the stories that I haven't had a chance to as yet.

There are a lot of feels and inner turmoils in this one, but its a really great read. Really enjoyed it, and can't wait to read more RVD.
Read more
Helpful
Report abuse

This was the first book in the Seaside Pictures series that I’ve read and even though it was the third book in the series, I was still able to follow along pretty well.

I LOVED that characters from Rachel’s other series made an appearance at the end of this book – Nixon Abandonato!

This is the story of Will and Angelica. Will is Angelica’s agent but also her ex-boyfriend.

Angelica finds herself in a movie that quickly changes pace from her being a small role to her being one of the main stars of the movie. Jay, who is the director, keeps doing re-writes of the movie script and ends up doing a film based on the true life story of Will, his band Adrenaline, and Angelica.

This was a slow burn book and the character development is very gradual. Will quickly went from a character that I hated in the beginning to one I loved in the end.

Angelica’s character development was truly something beautiful. She constantly struggles with her past with Will and the other demons of her past. But what is beautiful is how she overcame those demons and is who she is today. She finally finds herself again through this journey that Jay takes them on and the end result was great!
Read more
Helpful
Report abuse

Old Dave's Romance Revue
5.0 out of 5 stars Reminded me why I love Rachel's writing
Reviewed in Australia on 4 July 2017
Even though it's written as a standalone, Steal, the third book in the Seaside Pictures series is part of a much larger universe, since that series itself is a spin off of the original Seaside series. Throughout all of those books, the many times that Angelica Greene has made an appearance, she's come across as ... less than sympathetic. Okay, so she's the villan.

Entitled, self-serving, manipulative, egotistical. She's the Hollywood diva that sets the standard for how obnoxious others might aspire to be. Only now, with much deserved bad press, failed movies, and a long running battle with addiction, she's one movie role away from B grade obscurity.

That's where Will Sutherland comes in. Once the lead singer of teen boy band sensation Adrenaline, these days, having left all of that way behind, he's an agent. Angelica's new agent who's managed to get her a part working with a crew, almost all of whom she's burned some time in the past. Long after she burned Will himself. Her ex-boyfriend.

I love redemption stories, yet I often struggle to see the protagonist with a sympathetic eye. Knowing the kind of acts they've performed in the past, the things they've said, seeing them as anything other than a villan is hard.

That's one of the reasons I loved Steal so much. With just a few short sentences, in the first few chapters, Rachel Van Dyken​ had me reevaluating everything I'd ever known about Angelica. Every action, every word reexamined under the new light shone on her past.

From this new vantage I was almost tempted to see Will, ostensibly doing her a favor as the bad guy. The one who failed to see what the reader had suddenly become privy to. The one who, from this new perspective was behaving like an insensitive jerk even as he risked his own reputation and career betting on someone who'd only ever let him down.

Of course, being Seaside, included among the cast of characters are many favorites for fans of previous books, and that couldn't happen without accompanying shenanigans, not the least of which push Will and Angelica together, time after time, in what at least initially is the most uncomfortable of pairings.

I laughed, I smiled, I giggled like a little girl. My heart clenched, my throat constricted, my eyes leaked (like a little man). I found myself wavering between Will and Angelica. Sympathizing with each, wanting each to find closure for the pains each has kept close for far too long, wanting each to extract satisfaction from the other regardless of the cost or the fallout.

And I was reminded once again why I love Rachel's writing so very very much.
Read more
Helpful
Report abuse
See all reviews

Taylorville
5.0 out of 5 stars It's time for the ride of your life in Seaside!
Reviewed in the United Kingdom on 4 July 2017
Verified Purchase
It's time to go back to Seaside!!! I'm so in love with the characters from Seaside that I could shout my love for them and it still wouldn't be enough to express how much I adore them. Mrs Van Dyken spins tales of love that imprint on your soul. They make you laugh so hard you know your heart is happy.

I've never been a fan of Angelica, but this book sheds new light on her character. I fell in love with her almost instantly. My heart bled for her. It also bled for Will.

Will, who has always been quite standoff-ish in my opinion, very professional and strict... which I suppose he should have been considering who his clients are... Demetri, Alec, Zane... need I say more about these cheeky chaps?!... is really just as broken as Angelica.

"Sometimes the best days for someone who's spent their life numb - is to hurt, because we are never more
than when we feel pain, kick the living hell out of it, and come out on the other side."

Their history is painful but their connection strong. I was rooting for them from the start. And I wasn't disappointed.

The laugh out loud moments in a Rachel Van Dyken book are like no others. I seriously love each and every one she shares with us from her brilliant imagination... I'd seriously love to live inside her mind, if only to live amongst the hot males and feisty females she creates.

Top marks yet again for this stupendous read.

The new side characters intrigue me to no end. I'm really hoping we get a novella of all the gang on tour, followed by two new full stories of two of Will's friends.... who are these friends? You'll have to buy the book to find out. You won't be disappointed because this book may very well be my favourite of all the seaside gang.... maybe.... it's hard. They're all amazing.

The best thing about Rachel's writing style is that no matter how long ago you started with this gang, their stories flood back to you the minute they say or do anything in a new book!

This book can be read as a standalone but I'd recommend getting to know every single one of these characters!! You're missing out if not!

Danny J
5.0 out of 5 stars I loved it!
Reviewed in the United Kingdom on 4 July 2017
Verified Purchase
Steal was a wonderful second chances romance that while is noted as book 3 in the series can be comfortably read as a stand alone.

I loved this book and devoured it in one sitting. It was touching and emotional and broke my heart and had me in tears more than one once but of course it wouldn't be an RVD book without great splashes of light and humour to cut through the angst and drama. We have met Angelica in previous Seaside books and going into this book I had some set thoughts (not pleasant) about her but boy right from the get go, I really felt for her and was absolutely routing for her. RVD is always is very clever taking the unlikeable characters and turning everything you thought you knew and felt right on its head.

This was a lovely story of love, forgiveness and second chances and I would happily recommend this book!
Read more
Report abuse

Brazen Brit
5.0 out of 5 stars Villains need love too
Reviewed in the United Kingdom on 6 July 2017
Verified Purchase
Rachel is an amazing author! She has turned the villain of the Seaside Series into a very likeable hero.

I really didn't want to read this as Angelica has been a horrible person throughout the whole series, but I'm so glad I did, sorry for my lack of faith Rachel lol.

It was wonderful to understand Angelica side of the story and her struggles to be better person. Not all is as it seems and the villain is not always the bad guy or in this case girl!

I love the Seaside series and I can't wait to see what you do with Andrew's story! A+
Read more
Report abuse

Kindle Customer
4.0 out of 5 stars Going back to seaside is always a blast.
Reviewed in the United Kingdom on 7 July 2017
Verified Purchase
There's something reassuring when you pick up a book full of characters you know you already love and when you start reading it's like visiting with friends. I love the fun and lightheartedness of these books. They always leave me in a happy place.
Read more
Report abuse

CarolineK
5.0 out of 5 stars 5 Stars ✨
Reviewed in the United Kingdom on 6 July 2017
Verified Purchase
Another amazing read!! An emotional book the showed vulnerability and redemption with a happy ending. Rachel Van Dyken is my favourite author and I love reading every one of her books. Highly recommend giving this a read ❤️
Read more
Report abuse
See all reviews
Back to top
Get to Know Us
Make Money with Us
Let Us Help You
And don't forget:
© 1996-2021, Amazon.com, Inc. or its affiliates