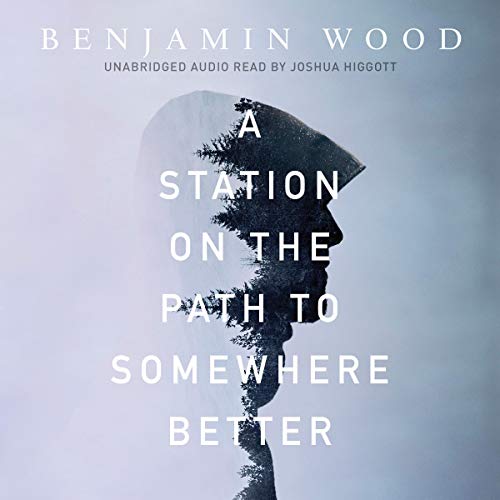 A Station on the Path to Somewhere Better

Paul
5.0 out of 5 stars Loved this story
Reviewed in Australia on 8 January 2019
Verified Purchase
A wonderful and moving story narrated by a character you’ll love, I want to share this book with everyone I know. Highly recommended
Read more
Helpful
Report abuse
See all reviews

BookWorm
5.0 out of 5 stars Dark and gripping
Reviewed in the United Kingdom on 29 April 2019
Verified Purchase
A dark, gripping psychological drama that is perfectly paced, 'A Station on a Path to Somewhere Better' is the third novel by the excellent Benjamin Wood. It's similar in theme to his others, but it possibly the best yet with its tightly crafted plotline and convincing characters. The narrator is Danny, a very sympathetic and likeable protagonist. Danny as an adult tells the story of a road trip taken at the age of 12 with his estranged father. The journey starts out with high hopes but soon descends into a nightmare culminating in a series of terrible crimes.

The novel is tense and gripping from the very beginning. The fact that the journey ends in disaster is spelled out clearly upfront, but you have read it unfold to find out exactly what transpires. Danny's father is a complex character, not just a pantomime villain, and the way things play out seems realistic. It is all the little touches of mundanity within the drama of the narrative that keep it believable. It never descends into melodrama.

As always, Wood has delivered a book that is utterly compelling and hard to put down, well written and easy to read. Anyone who likes novels about crime or psychology is sure to enjoy this one.
Read more
4 people found this helpful
Report abuse

Ted Curtis
5.0 out of 5 stars Ostensibly a teeth.
Reviewed in the United Kingdom on 9 April 2019
Verified Purchase
From its bucolic Buckinghamshire beginnings, to its bloody be-bop near-denouement, A Station on the Path to Somewhere Better simply will not let you go. Ostensibly a teeth-grinding, nerve-rattling thriller, albeit one that dips occasionally into nostalgia for a lost childhood that never was, via an almost inevitable predilection for a particular type of British children’s science fiction, now long deceased; and one that also features a lengthy road trip, encompassing a profound psychogeography of the English landscape and its highway system, almost redolent of the 1990s schlock thrill-kill indie movie Butterfly Kiss – its real purpose is to serve as a meditation on the persistence and unreliability of memory, particularly in relation to trauma, of being owned by your past: and the plugging of the gaps of such with convenient and tortuous fictive nuggets, delicious for those of us who wish to punish ourselves above all else, and the notion that the indescribability of experience will trump the facts every time, because the facts leave holes. Make no mistake, as a thriller and a tense murder mystery – we are informed from the outset that our protagonist will never see his mother again – A Station on the Path to Somewhere Better is scarcely beatable, its plotting immaculate, and it will keep you on the edge of your seat throughout. Each scene is a negotiation, and a tense one, but it is so much more than that. Five stars.
Read more
2 people found this helpful
Report abuse

Mig Bardsley
4.0 out of 5 stars Doesn't pull any punches
Reviewed in the United Kingdom on 31 October 2020
Verified Purchase
This is not a light or an easy read and it's far more than a mere thriller though the tension mounts inexorably through the first part of the book. What begins as the much anticipated trip for Dan, aged 12, with his father becomes an increasingly horrific journey and what makes it so compelling is the clarity and conviction with which Dan's growing disillusionment and eventual betrayal are portrayed.
The novel begins and ends with Dan as an adult, still trying to make sense of what happened as his father first fails to care for him as promised and then drags him from one miserable situation to worse ones before finally losing all control and finally abandoning his son altogether. Seen through Dan's eyes, his father, Fran, at first seems merely unlikable and feckless but as the story progresses the character disintegrates and becomes terrifying. It's all too believable and kept me on the edge of my seat to the end.
So, not a happy read but absolutely gripping.
(And, quite incidentally, I'd really love to read the full story of Artiflex if the author ever cares to write it :)
Read more
Report abuse

S. J. Blackburn
3.0 out of 5 stars Ultimately disappointing
Reviewed in the United Kingdom on 19 March 2019
Verified Purchase
The book got off to a very good start. It was gripping, tense and original. The author did well to maintain the tension, although the diversions into the Artiflex seemed pointless and it did feel as though he was stringing out the book as though he had been commissioned to write a certain number of words. I still might have given it four stars but for the final section which I thought self indulgent and poorly connected to the earlier story. So, ultimately I was disappointed by this flawed work. It would have made a good novella or short story.
Read more
2 people found this helpful
Report abuse

Kaffmatt
4.0 out of 5 stars Very Good, Descriptive Writing with a Menacing Storyline
Reviewed in the United Kingdom on 27 March 2019
Verified Purchase
The first two thirds of this are a powerful depiction of the devastation caused when someone ‘flips their lid’. The account is narrated by 12 years old Daniel, whose parents Kath and Fran, are divorced. Fran is a handsome ‘flipperty gibbet’, who works building sets for theatre and television. Kath is the ideal mother. It’s 1995 when Kath is persuaded to let Fran take Daniel on a road trip to Leeds to see the set of a children’s series, Artifex, which Daniel loves. It is on this trip that matters take a dark, menacing turn.
Competently written with a descriptive use of language, the events that start to reveal themselves stir the imagination. The last third is somewhat of a let down after all the tension that the author has achieved and the passages from the Artifex show are overdone, adding nothing at all.
Recommended though and a talented writer to look out for.
Read more
Report abuse
See all reviews
Back to top
Get to Know Us
Make Money with Us
Let Us Help You
And don't forget:
© 1996-2021, Amazon.com, Inc. or its affiliates