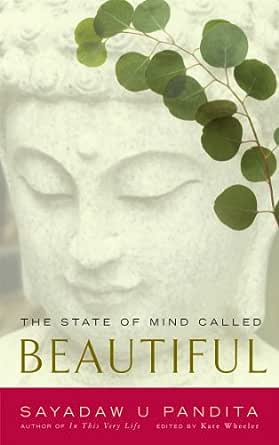 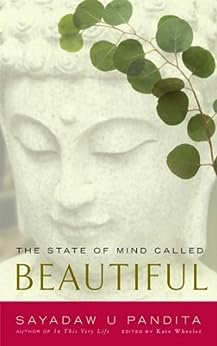 Sayadaw U Pandita was the abbot of Panditarama Monastery and Meditation Center in Rangoon, Burma. He remains a treasured teacher to many students around the world. Kate Wheeler is the author of Not Where I Started From and When Mountains Walked. She has received a Guggenheim award, an NEA, a Whiting Award, and two O. Henry Awards. She lives near Boston and teaches meditation retreats around the country and in Mexico. --This text refers to an alternate kindle_edition edition.

TheBashar
2.0 out of 5 stars Didn't care for it
Reviewed in the United States on 9 December 2019
Verified Purchase
Kindle app says I made it through 32% before giving up on this book. It had a few thought-provoking sentences, but they seemed few and far between. I was looking for practical instruction and was put off by sections on the Buddha's past lives and metaphysical superpowers.

I was especially put off by the matter of fact declaration that beings experiencing difficult life circumstances are simply reaping the results of their past bad actions: "A person who is lucky and encounters good fortune has done many good things in the past, while someone who goes through a lot of problems has done unwholesome deeds."

That is to my mind a very unskillful way to approach the teachings of kamma and equanimity (uppkeha).

qingzhang
5.0 out of 5 stars Another Must Read From U Pandita and Kate Wheeler
Reviewed in the United States on 26 February 2015
Verified Purchase
The first joint venture between Kate Wheeler and Sayadaw U Pandita, In This Very Life, is one of my favorite books of all time. It has enhanced my personal practice considerably, so much so that I reached the second vipassana jhana simply by practicing at home.

I realize it is considered unwise to discuss meditation attainments, but this being an anonymous review, I feel comfortable doing so. What the books and teachers say is all true-- the bright lights, the vibrations, the bliss-- it was the most amazing and meaningful experience I've ever had in my entire life, even though it's only one of the early jhanas. It certainly isn't enlightenment, though, and as I progressed in my practice, I realized that it is an error to cling to these fascinating and unusual experiences. The path of simple noting, as U Pandita says, is the way forward.

At any rate, I read In This Very Life from cover to cover many times, sometimes two or three times a week. Perhaps I was a little obsessed. I wanted more of U Pandita, but was saddened to find that there really isn't much else out there.

You can imagine my surprise when I discovered this book, also edited by Kate Wheeler, based on talks given in 2003 to dedicate IMS's new Forest Refuge.

Kate Wheeler's preface is worth the price of the book alone. It was beautifully written. She recounts the first retreat with U Pandita at IMS, and I found myself chuckling at some of the anecdotes. A light is shown on U Pandita as a man, not just as a teacher.

Much of the book is taken up by chapters 4 and 5, which deal with satipatthana vipassana meditation. If you've read In This Very Life, you will find that these chapters do not contain much new information. However, there is more to this book than that. U Pandita discusses two of the four guardian meditations, the recollections of the virtues of the Buddha (buddhanussati) and developing lovingkindness (metta). The chapter on metta also delves into the other sublime abodes-- compassion, sympathetic joy, and equanimity. U Pandita mentions that these positive qualities can be used to develop the jhanas, but in true Burmese fashion, doesn't go much farther than that.

There is a question and answer section with U Pandita at the end of the book, which I found illuminating.

The only thing I disliked was that U Pandita initially mentions four guardian meditations-- recollecting the virtues of the Buddha, lovingkindness, death awareness, and recollecting the parts of the body-- but only the first two meditations are explored. Perhaps U Pandita did not talk about the latter two during the retreat.

All in all, I'd say this is another must-read from U Pandita and Kate Wheeler. Five stars.
Read more
9 people found this helpful
Report abuse

M. Phan
4.0 out of 5 stars Good beginner book on loving kindness meditation
Reviewed in the United States on 28 July 2018
Verified Purchase
I enjoyed this book and have given it away to friends as a gift too. However there is an error on page 86 where it lists the 37 bodhipakkhiya dhamma. It prints “four controlling faculties” when it should be five.
Read more
Report abuse

Sailesh
5.0 out of 5 stars Highly recommended book for meditation practitioner.
Reviewed in the United States on 5 August 2015
Verified Purchase
Book worth price.
Read more
2 people found this helpful
Report abuse
See all reviews
Get FREE delivery with Amazon Prime
Prime members enjoy FREE Delivery and exclusive access to movies, TV shows, music, Kindle e-books, Twitch Prime, and more.
> Get Started
Back to top
Get to Know Us
Make Money with Us
Let Us Help You
And don't forget:
© 1996-2020, Amazon.com, Inc. or its affiliates