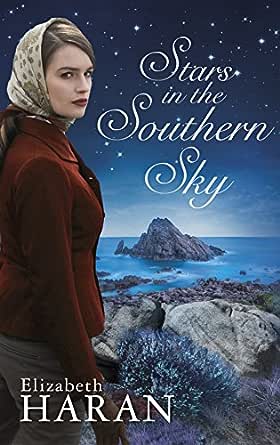 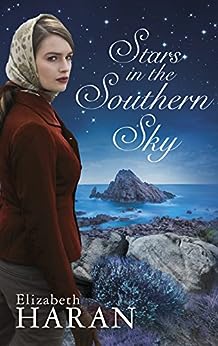 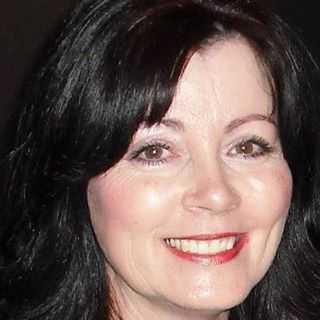 Stars in the Southern Sky is an historical saga set in the "most isolated town" of Australia.

London 1954: When Estella is abandoned by her lawyer husband, James, her life of luxury crumbles. Not only had he left his job and frittered away their savings, James was cheating on Estella - with her cousin Davinia. But the family secrets didn't end there.

Heartbroken, Estella turns her back on England. Her distant uncle Charlie beckons her to Australia, where she accepts a new position - village veterinarian. She had studied veterinary medicine, but she'd never had a real job. As Estella sets off for the outback, she carries secrets of her own: she is pregnant with James' baby.

Day one in the bush brings the young Londoner to tears. Kangaroo Crossing, population thirteen, was not what Estella had expected. Sweltering. Dusty. Fly-infested. From the gruff propeller plane pilot to the perpetually drunken town doctor, the locals eye the newcomer with suspicion.

After a series of harrowing events, Estella strives to prove herself capable of the job. Just as the villagers of Kangaroo Crossing start to accept Estella - and a romance starts to blossom - her past catches up with her. She's been hiding things from them.

Back in England, James has gotten wind of the baby. His new wife, Davinia, can't have children - but her lavish inheritance depends on an heir. James will stop at nothing to get what is his. Can Estella save her baby - and herself - from the wild Australian bush? Will she ever learn to love again?

From its passionate people, to its mystic wildlife, the outback becomes its own character in Elizabeth Haran's novel about learning how to thrive in the face of adversity.

With an eye for detail, Elizabeth Haran has written numerous historical romance novels including Staircase to the Moon, Island of Whispering Winds, Under a Flaming Sky, Dreams beneath a Red Sun, and River of Fortune, available as ebooks.

Haran's novels are perfect for fans of family sagas set in beautiful locations like Sarah Lark's, Island of a Thousand Springs or Kate Morton's, The Forgotten Garden.

About the author
Elizabeth Haran was born in Bulawayo, Rhodesia and migrated to Australia as a child. She lives with her family in Adelaide and has written fourteen novels set in Australia. Her heart-warming and carefully crafted books have been published in ten countries and are bestsellers in Germany.

KindleFan
5.0 out of 5 stars Very good reading
Reviewed in Australia on 26 May 2019
Format: Kindle EditionVerified Purchase
Another great read from this author. From England to the harsh Aussie outback...very daunting for a young pregnant woman whose husband had just left her for her cousin, and with very little money. However she managers to withstand the conditions while she struggles to make a name for herself as a vet in this very small community. The secondary characters also played a big part in making this such an enjoyable well paced novel.
Read more
Helpful
Comment Report abuse

Amazon Customer
5.0 out of 5 stars Great story
Reviewed in Australia on 3 September 2017
Format: Kindle EditionVerified Purchase
This novel is better read in the cooler months, as the heat and drought is all the way through the book.
Read more
Helpful
Comment Report abuse

KM
5.0 out of 5 stars My favourite so far
Reviewed in Australia on 17 October 2017
Format: Kindle Edition
My favourite so far. Highly recommend this book. Loved the characters and enjoyed the read so much I was disappointed when it ended. Elizabeth paints a beautiful picture of the outback and this book has it all; drama, romance and loved the animal aspect of it as the main character is a vet!
Read more
One person found this helpful
Helpful
Comment Report abuse
See all reviews from Australia

thomas n
5.0 out of 5 stars At home ...
Reviewed in Germany on 11 February 2018
Format: Kindle EditionVerified Purchase
in the Australian outback, where feelings seems to be more intense than in England. That's what the heroine feels quite quickly. And fortunately there is a happy end for all these country characters and the London visitors.
Read more
Helpful
Sending feedback...
Thank you for your feedback.
Sorry, we failed to record your vote. Please try again
Report abuse
Translate review to English

LIs P.
5.0 out of 5 stars Captivating Story
Reviewed in the United States on 9 August 2017
Format: Kindle EditionVerified Purchase
I enjoyed the book immensely. It is beautifully crafted. I wanted to keep reading on. The characters are believable and you feel like you get to know them well. The scenery is described carefully and is easy to visualize. There is great sensitivity to and knowledge of Australian Indigenous customs that weave through the story. The story is captivating. There is just the right amount of twists, turns and surprises that readers desire in a good story. I strongly recommend it.
Read more
7 people found this helpful
Helpful
Sending feedback...
Thank you for your feedback.
Sorry, we failed to record your vote. Please try again
Report abuse

Kindle Customer
4.0 out of 5 stars 1950's Australia
Reviewed in the United States on 8 March 2019
Format: Kindle EditionVerified Purchase
This novel is set in mid 20th century Australia in an isolated town in the outback. A woman from.a privileged lifestyle flees to Australia after a devastating break with her husband.
Read more
Helpful
Sending feedback...
Thank you for your feedback.
Sorry, we failed to record your vote. Please try again
Report abuse

Sheila K. Anderson
4.0 out of 5 stars Great book but it ended to fast
Reviewed in the United States on 11 March 2018
Format: Kindle EditionVerified Purchase
I liked the story a lot except the ending didn’t explain what happened much after you knew what was going to happen...so, to predictable and wanted more at the ending
Read more
Helpful
Sending feedback...
Thank you for your feedback.
Sorry, we failed to record your vote. Please try again
Report abuse

SS54
5.0 out of 5 stars Early NZ historical novel.
Reviewed in the United States on 25 February 2018
Format: Kindle EditionVerified Purchase
I loved the historical aspects of the early years of the north and south Islands of NZ. I couldn't put the book down. Insightful too.
Read more
Helpful
Sending feedback...
Thank you for your feedback.
Sorry, we failed to record your vote. Please try again
Report abuse