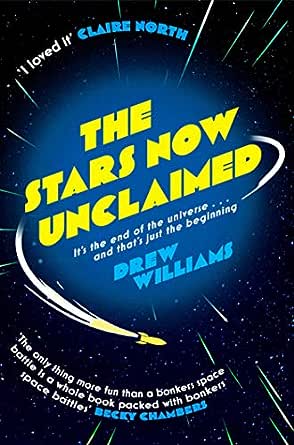 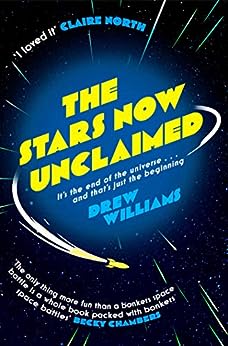 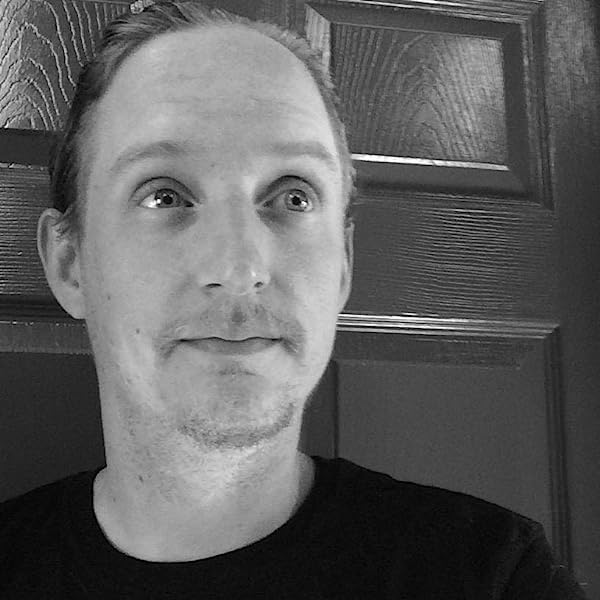 The Stars Now Unclaimed (The Universe After Book 1) Kindle Edition

[A] dazzling debut . . . not to be missed.--Booklist, starred review

Pirates, smugglers, soldiers, spies, snarky spaceships, and really big guns . . . and that's just the first chapter. The action gets bigger, the stakes get higher, and I loved it!--Claire North, author of The First Fifteen Lives of Harry August

Robot priest. Yeah, you could read this book for the engrossing worldbuilding or for the fascinating characters, but all I needed was ROBOT PRIEST.--Mur Lafferty, author of Six Wakes

A non-stop SF actioner, The Stars Now Unclaimed is a rollercoaster of a read and thoroughly enjoyable debut.--Jamie Sawyer, author of The Lazarus War

What happens when you put a war-weary soldier, an AI preacher and a telekinetic girl on the same ship? You end up saving the galaxy, or a small part of it, anyway. Williams's debut novel The Stars Now Unclaimed is a massive, galaxy-spanning tale of war, betrayal, friendship, and the kind of commitment people make to a better future even at the cost of their own lives. You don't want to miss this amazing, kickass book. --K.B. Wagers, author of Behind the Throne

Jane Kamali is a kick-ass heroine who gets the job done and never loses her sense of humor . . . The action is non-stop, and filled with brilliant and unexpected laugh-out-loud moments. The Stars Now Unclaimed is a sci-fi thrill ride from start to finish.--Catherine Cerveny, author of The Rule of Luck

The Stars Now Unclaimed is a fast, fun, and heartfelt adventure through a truly unique universe. From the first page to the last, it's impossible to put down.--K.S. Merbeth, author of Bite

DREW WILLIAMS has been a bookseller in Birmingham, Alabama since he was sixteen years old, when he got the job because he came in looking for work on a day when someone else had just quit. Outside of arguing with his coworkers about whether Moby Dick is brilliant (nope) or terrible (that one), his favorite part of the job is discovering new authors and sharing them with his customers.

Drew is the author of The Universe After series, which begins with The Stars Now Unclaimed.