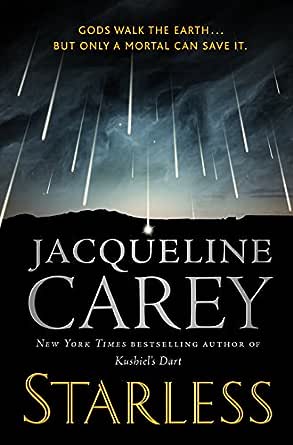 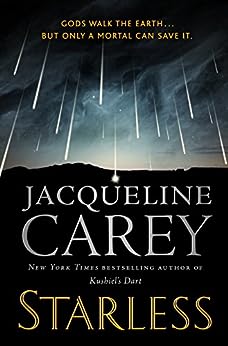 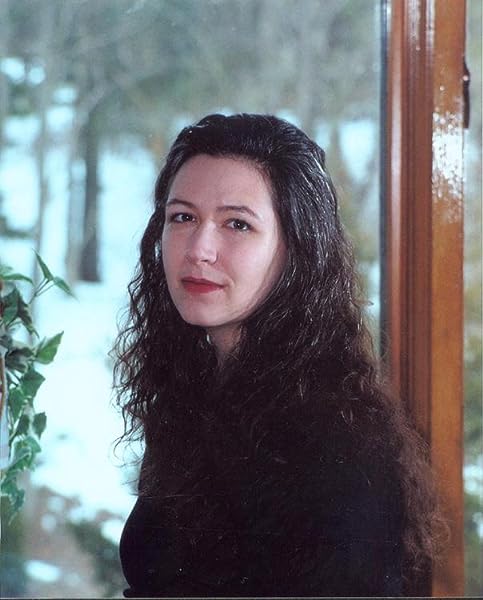 Born in 1964, Jacqueline Carey was an avid reader since early childhood. She began writing in high school, not realizing her hobby would become a permanent vocation. After receiving B.A. degrees in psychology and English literature from Lake Forest College, she spent time living in London and working in a bookstore, then traveling throughout Europe. While living abroad, the desire to become a professional novelist emerged as a driving passion.

Upon returning she embarked in earnest on a writing career, which came to fruition some ten years later. During this time, she worked at the art centre of an area college, gaining a strong background in the visual arts. This, along with her early studies in literature and psychology informs her work, as does a lifelong interest in mythology. She enjoys doing research on a wide variety of arcane topics, and an affinity for travel has take her from Finland to Egypt to date. Although often asked by inquiring fans, she does not, in fact, have any tattoos.

Jacqueline currently resides in west Michigan, where she is a founding member of the oldest Mardi Gras krewe in the state. She is the author of the critically acclaimed Kushiel's Legacy fantasy trilogy, including Kushiel's Dart, which received the Locus Award for Best First Novel and the Romantic Times Reviewer's Choice Award for Best Fantasy in 2001. Other previous publications include a nonfiction book, various essays and short stories.

"Carey is at the peak of her luminous storytelling powers in a tale that will appeal to readers of Brandon Sanderson and Patrick Rothfuss, while its thought-provoking look at gender, love, and sexual preference bring to mind Ursula K. LeGuin's The Left Hand of Darkness."--Booklist (starred)

"Carey handles themes of duty, love, and identity with tenderness and fortitude, never pigeonholing her protagonists, and the tapestry of her characters elevates this novel above its peers."--Publishers Weekly (starred)

"Fans of world-building powerhouses such as Rhoda Belleza and Garth Nix will be in awe of Carey's stand-alone epic."--Library Journal

"A unique story that asks serious questions about identity, fate and honor and it will appeal to fantasy fans who appreciate in-depth character exposition."--RT (4 stars)

"A complex saga worthy of the field's best writer on such a scale, George R. R. Martin."--Locus on Kushiel's Dart

"The heroine reminds one of an equally strong-minded sister whose home was Tara."--Publishers Weekly, starred review, on Kushiel's Dart

Exiled gods. An extraordinary hero. Jacqueline Carey is back with an amazing epic fantasy adventure not seen since her New York Times bestselling Kushiel's series. --This text refers to the hardcover edition.
Read more