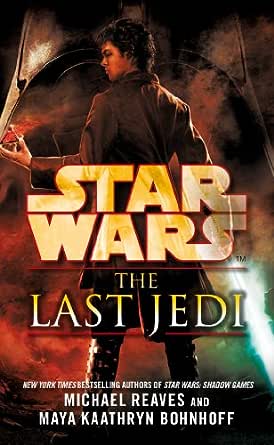 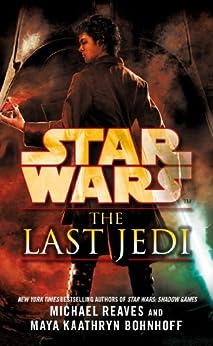 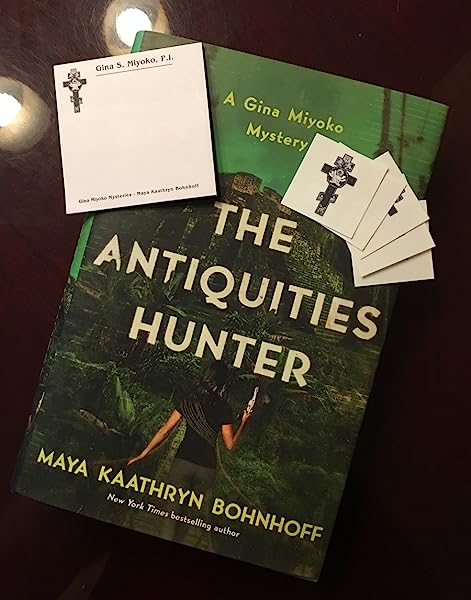 Andrew P.
4.0 out of 5 stars The welcome return of Jax Pavan and friends
22 May 2013 - Published on Amazon.com
Verified Purchase
I was pleasantly surprised when The Last Jedi was announced. Michael Reaves had penned the Coruscant Nights series a couple of years earlier and like many sci-fi/fantasy projects, it appeared to be a trilogy. Jax Pavan survived the pivotal encounter with Darth Vader at the end of Patterns of Force, so a sequel was certainly possible, but I didn't expect it to actually materialize. Here Mr. Reaves works with Maya Kaathryn Bohnoff to offer what is essentially Coruscant Nights IV, even though it is not titled as such. Kudos to Del Rey for allowing this story to continue.

Darth Vader's fate at the end of Coruscant Nights III was unclear to Jax Pavan, although we as readers know he is certainly still kicking around. Jax has been continuing to work with Whiplash and his allies from the first three books: notably, Sullustan journalist Den Dhur, the remarkably self-aware droid I-Five, and his Twi'lek partner Laranth are all still at Jax's side as the book begins. It's compelling how Mr. Reaves has managed to bring elements of his prequel-era stories forward through his many novels: for example, the bota from the Medstar duology playing a role in Patterns of Force and the shifty Sakiyan Tuden Sal, first encountered in Darth Maul: Shadow Hunter, now leading Whiplash. The story of the Pavan family and I-Five, along with their contemporaries, has become quite its own sideshow in the Star Wars Expanded Universe. I-Five in particular has had a fascinating journey through his decades of existence and in this book his growing self-awareness hits new heights.

The Last Jedi finally reveals the secrets from the Sith holocron which debuted in the Maul novel. I always get uncomfortable when the concept of non-linear time is introduced in a Star Wars novel, as kicking open the door to time travel will invalidate all existing stories, including the films themselves. Flow-walking in Legacy of the Force and the Dark Nest trilogy trod dangerously close to stepping over that line. In The Last Jedi, the authors have cameos from a Cephalon who can perceive time in a non-linear, broadly encompassing fashion, but the Cephalon's statements are so cryptic that characters are generally unable to use the information effectively. More intriguingly, the holocron contains a secret to bending time within it. Again, I wasn't sure that was something I wanted to see introduced in a Star Wars story, but it is rendered in a clever way and also made irrelevant by the end of the story. The interesting impact the time-bending had on the climactic battle justified the authors playing around with this concept: no harm done to the universe storyline as a whole.

The book hops around the galaxy in true Star Wars fashion, including stops at familiar worlds Mandalore and Dathomir (Dathomir seems to be undergoing quite the EU resurgence since playing a prominent role in the Clone Wars TV show). A Whiplash plot to remove Emperor Palpatine from power also brings Coruscant back into the picture. The early days of the Empire are a fascinating period, one still rife with storytelling opportunity, and so it's enjoyable when The Last Jedi follows the efforts of Whiplash to take out the Empire's head even when Pavan and his friends are not in the scenes. The tension between the Whiplash leaders, in particular Tuden Sal and police prefect Pol Haus, is well-illustrated and makes them much more interesting than they would be if they were all in perfect alignment on their goals. The period where the Emperor is consolidating power, Vader is brand-new on the job, and the galaxy is stabilizing after the Clone Wars is one in which I imagine people would be very confused about their future direction and choices, and the authors portray this well with the splintered leadership of Whiplash.

The Last Jedi could be read as a standalone novel and the lack of linkage on the cover to the earlier series (beyond pictures of the three Coruscant Nights books) indicates that Del Rey is comfortable marketing it that way. However, I recommend starting with Darth Maul: Shadow Hunter, moving on to the Medstar duology, and then reading the Coruscant Nights trilogy before tackling The Last Jedi. The story connections and character development spanning these seven novels make for an entertaining micro-saga in the larger story of the galaxy far, far away.

W & T Perry
4.0 out of 5 stars Keep the story going
14 September 2018 - Published on Amazon.com
Verified Purchase
Glad that they decided to continue the story of Jax. This would make for a good movie series on TV. Spoilers ahead. Amazed at how well Jax uses the Force, despite the fact that he was just a Padawan with Anakin before Order 66. Still this storyline through this were good reads. Since this looks to be the last book, thought for sure Jax would have sacrificed himself, but no, he lives on. Unfortunately, this leaves holes in the saga, but maybe Disney will bring it up in the future.
Read more

darklordzor
4.0 out of 5 stars A Fun Little Adventure
21 July 2013 - Published on Amazon.com
Verified Purchase
The Last Jedi is kind of interesting. It's a sequel, of sorts, to the Coruscant Nights trilogy (which I loved), but tells a story somewhat separate from those. I enjoyed the book on the whole, but knowing all of the other things surrounding it (like the fact that the's far from the Last Jedi) seems to take a bit of the tension out of it.

It was very neat seeing their plan come together however, as well as seeing the new acolytes that Darth Vader has at his command. I'm just hoping they do something more with this character in future books. I'd love to see what happens to him by the Original Trilogy Era.

The story is essentially a rescue mission, and it doesn't veer much from that. The characterization played through fairly well, and the author did a great job showing the character's feelings and thought-process behind the possibility of him being the last Jedi left in the galaxy. It could have easily become melodramatic and cliche, but they managed to keep it interesting and engaging.
Read more
3 people found this helpful

Ove T
4.0 out of 5 stars Insight and some old friends
6 September 2013 - Published on Amazon.com
Verified Purchase
It's nice to follow up on old friends in the Star Wars Universe-books.
Seeing this bunch again was fun.

The pace of the book is good, the story is interesting and the protagonists are interesting enough that one is hoping for the best - but, alas, expecting the worst...ref. Order 66.

I hope to see more of these books later on...and I do hope that the last Jedi (well...together with all the others left, it is - after all - a very big Galaxy :) doesn't continue his slight skewing towards the darker side of the Light...
Read more
One person found this helpful

~~LA
4.0 out of 5 stars Good read, a bit rushed.
8 October 2013 - Published on Amazon.com
Verified Purchase
I feel this would have worked better spread out into a longer arc. And the massacre that occurs near the beginning, killing off my favorite character, almost had me put it down. Still, it is a good book, and well worth the read.
I can't wait to see what happens next with Jax Pavan, I'm just hoping it isn't as tumultuous as the events here. The guy deserves a break!
Read more
4 people found this helpful
Go to Amazon.com to see all 111 reviews 3.9 out of 5 stars
Get FREE delivery with Amazon Prime
Prime members enjoy FREE Delivery and exclusive access to movies, TV shows, music, Kindle e-books, Twitch Prime, and more.
> Get Started
Back to top
Get to Know Us
Make Money with Us
Let Us Help You
And don't forget:
© 1996-2020, Amazon.com, Inc. or its affiliates