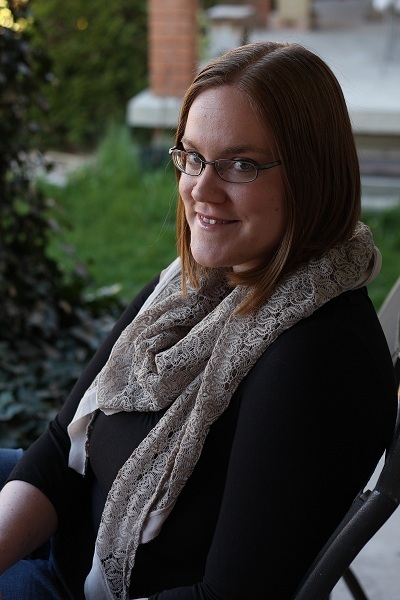 Page 1 of 1 Start overPage 1 of 1
This shopping feature will continue to load items when the Enter key is pressed. In order to navigate out of this carousel please use your heading shortcut key to navigate to the next or previous heading.
Back
Next
Start reading Star Wars: Ahsoka on your Kindle in under a minute.

This novel delivers a lovely blend of action, the crucially important Star Wars humour, an elegent portrayal of a character we love, as well as giving us new elements, worlds and characters to explore. * Jedi News, 2016 *

E. K. Johnston is the author of Star Wars: Ahsoka; The Afterward; That Inevitable Victorian Thing; and Exit, Pursued by a Bear. She had several jobs and one vocation before she became a published writer. If she's learned anything, it's that things turn out weird sometimes, and there's not a lot you can do about it. Well, that and how to muscle through awkward fanfic because it's about a pairing she likes.

4.7 out of 5 stars
4.7 out of 5
3,154 global ratings
How are ratings calculated?
To calculate the overall star rating and percentage breakdown by star, we don’t use a simple average. Instead, our system considers things like how recent a review is and if the reviewer bought the item on Amazon. It also analyses reviews to verify trustworthiness.

Grandmaster Yoda
5.0 out of 5 stars Give YA Novels A Chance!
Reviewed in Australia on 14 February 2019
Verified Purchase
I was hesitant to give this a read because it is a young adult novel. Star Wars: Ahsoka is currently the number 1 novel out of the Star Wars books that I have. 5 stars.
Read more
One person found this helpful
Helpful
Comment Report abuse

Steven keoller
5.0 out of 5 stars Nice and quick
Reviewed in Australia on 12 March 2020
Verified Purchase
In will be getting mor
Read more
Helpful
Comment Report abuse

Targaid
3.0 out of 5 stars Sub-par
Reviewed in the United Kingdom on 15 October 2017
Verified Purchase
I bought this for my nine year old daughter and I to read together. Ahsoka is one of her heroes and she was so excited to hear about and receive this book.

Sadly, it moves slowly, doesn't really have any strong or compelling characters and doesn't develop those it does have. This includes Ahsoka herself. My daughter abandoned it less than half way through, though does say that she'll get around to the rest of it herself. One day. I did finish it, but couldn't honestly tell you what happened at the end it made that little impact on me.

The HellKat
2.0 out of 5 stars Disappointing
Reviewed in the United Kingdom on 7 August 2018
Verified Purchase
Glad to get an Ashoka book but I’ve got to be honest here it was really disappointing. Thin plot, simplistic new characters, very dull prose and poor world building... the author gives us no insight into Ahsoka’s mindset during what should have been an emotional time. Ahsoka is shown going through the motions but it’s all so surface level. I chose not to review this book when I bought it back when it came out because I was so disappointed, but did not want to hate on Ahsoka content because I want more! But after finding out the long awaited Padme book is gonna be by this author as well I’m so disappointed... I hope she captures Padme better than she did Ahsoka.
Read more
4 people found this helpful
Report abuse

Conor
3.0 out of 5 stars Dull dull unbearably dull
Reviewed in the United Kingdom on 30 July 2018
Verified Purchase
I picked up this book as a fan of the Clone Wars and a massive Star Wars fan in general. I think Ahsoka's character is a breath of fresh air so I was excited to see what she would get up to in her own novel. Unfortunately what I got was a plodding paint-by-numbers story with underdeveloped characters and very little in the way of plot.

While "Ahsoka" is competently written, I never felt myself being particularly drawn to any of the major characters. A great opportunity was missed to tell a compelling, character driven story in favour of overly simplified characters and a plot which had very little originality.

Zack
4.0 out of 5 stars Must read for Ahsoka fans!
Reviewed in the United Kingdom on 24 February 2020
Verified Purchase
A sentiment that seems to be mirrored in other reviews, I definitely felt that this novel was aimed at a younger audience compared with other Star Wars books and comics I have previously read. However, don't let that put you off from what is still an incredibly solid story. Set after the events of Episode III and the upcoming seventh season of the Clone Wars, we see Ahsoka Tano attempting to find a place for herself in the galaxy following the demise of the Jedi and the Empire's ascent to power. E.K. Johnston really captures the essence of Ahsoka's character throughout the book's story, and its this strong character work which makes it easy to overlook the novel's younger target audience and weaker supporting cast, allowing for an incredibly enjoyable read. I would definitely recommend this book to fans of Ahsoka and the Clone Wars, it won't disappoint.
Read more
One person found this helpful
Report abuse

Guy Johnson
3.0 out of 5 stars A good read, but a little underwhelming.
Reviewed in the United Kingdom on 5 August 2020
Verified Purchase
Great book, especially if you're an Ahsoka fan
The book takes place a while after the end of the Clone Wars, but was written before the final season of the show aired. This means that during some of the small flashback sections, there are minor inconsistencies with the show, but they're nothing major. The story itself is OK, but I'd describe it as just OK. This book features very little action, even in the final battle which felt underwhelming. Due to this, I would say only read this if you're a passionate Ahsoka fan, as it sets the story up for Rebels, but doesn't really add much to Ahsoka's character.
Read more
One person found this helpful
Report abuse
See all reviews
Get FREE delivery with Amazon Prime
Prime members enjoy FREE Delivery and exclusive access to movies, TV shows, music, Kindle e-books, Twitch Prime, and more.
> Get Started
Back to top
Get to Know Us
Make Money with Us
Let Us Help You
And don't forget:
© 1996-2020, Amazon.com, Inc. or its affiliates