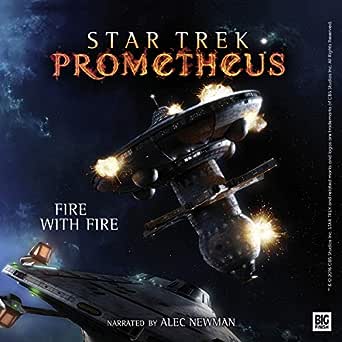 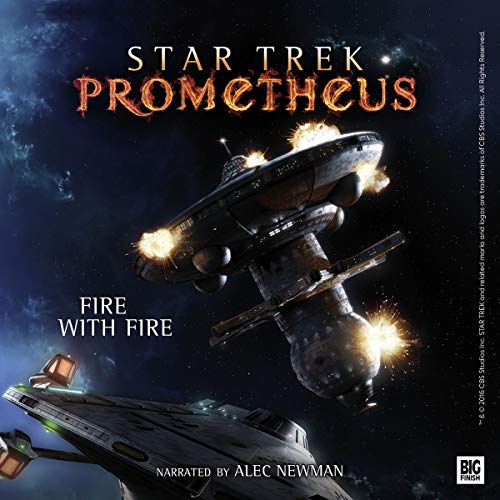 Paul G.
4.0 out of 5 stars A good read so far
Reviewed in the United Kingdom on 19 January 2018
Verified Purchase
Being an on and off Trek fiction reader for the last few years, I have to say I am finding this book a good read.

I have a feeling there are some characters here that have been developed in other stories I haven't read, but that doesn't detract from the book you have here and there are new characters that are developed in these pages.

Some comments I have read here also suggest the writing is childish or a bit amateurish. So far I haven't come across any problems like that, although I did find chapter 12 seems a bit pointless thus far.

Based my current experience with the book, I'll pick up the next part when it's out.

alexsubway
2.0 out of 5 stars Poor
Reviewed in the United Kingdom on 11 September 2018
Verified Purchase
im a trkkie fan but this was poor
Read more
Helpful
Sending feedback...
Thank you for your feedback.
Sorry, we failed to record your vote. Please try again
Report abuse

David Geoffrey Anderson
4.0 out of 5 stars If you love Star Trek, you will love this book
Reviewed in Canada on 2 December 2017
Verified Purchase
I read one really poor review but thought what the heck, I love the Star Trek universe. I was pleasantly surprised. Its a really good story and its well written. The author's understanding of the Star Trek time line was spot on. Character development was very good. I recommend it!
Read more
2 people found this helpful
Helpful
Sending feedback...
Thank you for your feedback.
Sorry, we failed to record your vote. Please try again
Report abuse

Tom
5.0 out of 5 stars Great pick
Reviewed in Canada on 31 May 2018
Verified Purchase
Enjoyed the characters, the storyline kept you interested throughout . Can’t wait to read the next story when it is released . It certainly left it open for more .
Read more
Helpful
Sending feedback...
Thank you for your feedback.
Sorry, we failed to record your vote. Please try again
Report abuse

Douglas
4.0 out of 5 stars Good series
Reviewed in Canada on 10 May 2019
Verified Purchase
Arrived quickly and as advertised
Read more
Helpful
Sending feedback...
Thank you for your feedback.
Sorry, we failed to record your vote. Please try again
Report abuse

Lee Kirby
2.0 out of 5 stars Bland Starfleeters slog where "Star Trek" has been too many times before
Reviewed in the United States on 28 January 2018
Verified Purchase
I purchased "Star Trek: Prometheus-Fire with Fire," a translation of the first German-language "Trek" novel, thinking that perhaps co-authors Bernd Perplies and Christian Humberg might offer a fresh, different take on the venerable franchise that may have eluded the familiar authors in Pocket Books' stable.

Unfortunately, "Fire with Fire" is a slog to where "Trek" has been all too many times before.

In the wake of conflicts with the Dominion and the Typhon Pact, both the Federation and the Klingon Empire are being rocked by terrorist attacks by the Purifying Flame, a militant religious group decidedly similar to al Qaeda or ISIS. The crew of the USS Prometheus-a new Starfleet warship that can separate into three sections, compared to the two that we've seen before-is assigned to travel to the mysterious Lembatta Cluster, far from Federation space, to both investigate and prevent yet another war, along with the Klingon battlecruiser IKS Bortas.

"Fire with Fire" is another helping of the rampant militarism that's plagued the "Trek" franchise for many years, and which has long since worn out its welcome as far as I'm concerned. My guess, for whatever it's worth, is that Perplies and Humberg wish to test Federation and Starfleet ideals against the equivalent of our present-day terrorists in their trilogy ("Fire with Fire" is the first, with the remaining books due in May and November). Of course, our heroes' ideals will win the day-otherwise, this wouldn't be "Star Trek"-so it's just a matter of how they will. Unfortunately for the co-authors, I don't care how. I'd much prefer "Trek" novels about the wonders of exploring space and going where no one has gone before.

Perplies and Humberg try to stimulate reader interest by including appearances by other franchise characters including Quark, Chief O'Brien and Ezri Dax of "Deep Space Nine," Alexander Rozhenko from both "Deep Space Nine" and "The Next Generation," and-last but certainly not least-everyone's favorite Vulcan, Mr. Spock, who takes an unexplained break from his activities on Romulus to participate in events.

But they wouldn't have needed to turn their novel into an exercise in "Trek" continuity porn had they populated their ship with interesting characters. Unfortunately, these new members of the "Trek" universe-including a lieutenant who hails from the same alien race as the terrorists and is, of course, that race's only representative in Starfleet-are so poorly drawn as to make virtually no impression. The only Prometheus crewmember who stands out is Chief Engineer Jenna Winona Kirk-a descendant of You Know Who who combines her ancestor's heroics and Scotty's engineering wizardry. Had the co-authors made her their lead, they might have elevated their material above the routine.

Unfortunately, Prometheus' lead is Richard Adams-another virtuous human male captain who's so terminally bland, Perplies and Humberg resort to the despicable tactic of killing his niece in a Purifying Flame attack on a Federation starbase in order to advance his story. Later scenes in which the terrorists graphically torture Prometheus' female Andorian security chief render "Fire with Fire" even more unsavory.

The authors' only well-drawn original character serves not aboard Prometheus, but aboard the Bortas. Commanding officer Captain Kromm seizes upon the voyage to the Lembatta Cluster to redeem himself because he's considered a laughingstock within the Klingon Empire. Even his own crew pays him little respect. "Trek" writers can't go wrong with a redemption arc-witness Michael Burnham, Ro Laren and Tom Paris-and this is the only part of "Fire with Fire" that works for me.

In fact, this would have worked better had Perplies and Humberg shown how and why the Prometheus characters come together to do what they do, instead of treating their tale as if it were just another installment in a long-running "Trek" series.

As it is, "Fire with Fire" will work only for the most devoted "Trek" fans.
Read more
18 people found this helpful
Helpful
Sending feedback...
Thank you for your feedback.
Sorry, we failed to record your vote. Please try again
Report abuse

Wandering One
5.0 out of 5 stars Good book, but is it SO hard to number a series?
Reviewed in the United States on 26 January 2019
Verified Purchase
A good story, with a new crew. The problems in the Lembatta cluster are pretty compelling, as it the constant antagonism of the Prometheus crew from their "allies" on the IKS Bortas. Kept me reading all three books. But for PETE'S SAKE Titan books, put numbers on your books in series! Amazon makes it easy. I don't need to spend time trying to figure out which book should be read next!
Read more
7 people found this helpful
Helpful
Sending feedback...
Thank you for your feedback.
Sorry, we failed to record your vote. Please try again
Report abuse

aventine61
2.0 out of 5 stars Not Great
Reviewed in the United States on 31 March 2020
Verified Purchase
I decided to give these new authors a chance and get this book. As anyone should know, Star Trek fans are rather discerning and particular about new stories and how they're told. Here are a few things I've noticed:
1. "Unified" Federation of Planets, instead of United. I will chalk this up to translation error.
2. Marta Batanides is the head of Starfleet Intelligence, as referenced in many other contemporary books, not Markus Rohde.
3. Honestly, as new authors, I don't believe they have yet earned the right to write Spock into their story. He is the most famous and highly-thought-of figure in Star Trek. And if Spock is to be used, he should be used sparingly and only in a story worth of him/in worthy circumstances.
4. The Vulcan mind meld saying should be "my thoughts to your thoughts," not "my thoughts to yours."
5. I think it was very unfortunate to have decided to create an alien species with a group of religious terrorists, and give them all names that very clearly sound Middle Eastern. This is the biggest/worst issue. Wow.

All in all, not a great book and I won't be buying any more in the series. I'm all for expanding the universe, but this did not sit well with me.
Read more
One person found this helpful
Helpful
Sending feedback...
Thank you for your feedback.
Sorry, we failed to record your vote. Please try again
Report abuse

David Miraglia
5.0 out of 5 stars Well balanced beggining.
Reviewed in the United States on 3 June 2019
Verified Purchase
Fire with fire is a well written Star Trek novel. I do not go into spoilers, but we need more non Enterprise focused novels to expand the base.
Read more
One person found this helpful
Helpful
Sending feedback...
Thank you for your feedback.
Sorry, we failed to record your vote. Please try again
Report abuse

Satyajit Nadkarni
4.0 out of 5 stars Action packed and very Trek
Reviewed in the United States on 31 January 2020
Verified Purchase
The story itself is well written without being overly SciFi. Books like this one is why Trek lit is always readable. The character, both protagonists and antagonists, are well thought out and written. I look forward to reading the next one.
Read more
Helpful
Sending feedback...
Thank you for your feedback.
Sorry, we failed to record your vote. Please try again
Report abuse