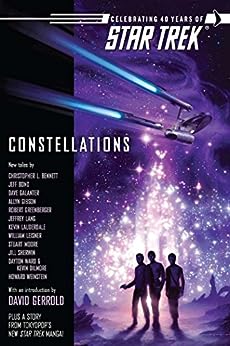 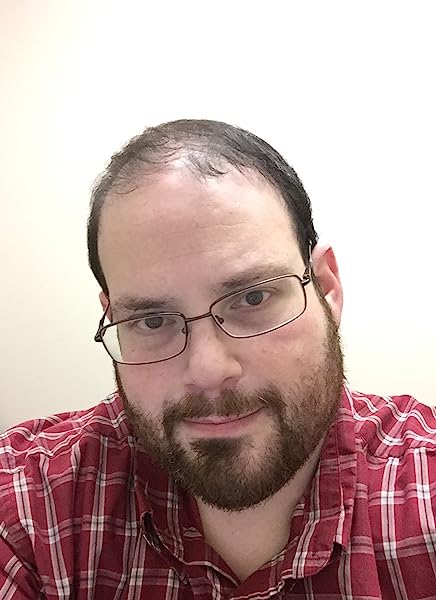 by Marco Palmieri (Editor), David Gerrold (Introduction) Format: Kindle Edition
See all formats and editions
Sorry, there was a problem loading this page. Try again.
Star Trek: Constellations is a mind-blowing collection of specially-commissioned stories designed to go where no anthology has gone before. Featuring the iconic heroes of the Star Trek universe -- the legendary characters who were the inspiration for all those who followed -- this treasure trove of untold tales recreates all the sense of adventure that marked the original Star Trek when it first burst on to our television screens in 1966. Each story takes as its inspiration an element of 'unfinished business' from the original series so that they read like 'lost episodes' of the television show, exploring aspects of the Star Trek crew and their adventures which have intrigued Trekkers ever since the original series ended. The result is a magnificent tribute to the series that changed the face of television history and will have millions of fans worldwide feeling as though they have just discovered a whole 'missing' season of their favourite show.
Read more
Previous page
Next page

Marco Palmieri is a popular editor, writer, and walking encyclopedia of Star Trek lore. He lives with his family in New York City. --This text refers to an alternate kindle_edition edition.

Kindle Customer
5.0 out of 5 stars An absorbing read
Reviewed in the United Kingdom on 1 February 2021
Verified Purchase
Like all collections of short stories, some will suit some people better than others, but, if I am honest, I found something to enjoy in each one. A real page turned for me, from gentle comedy to a touching study of a your boy's grief - each is a gem in it's own right.
Read more
One person found this helpful
Report abuse

Kindle Customer
5.0 out of 5 stars Short stories
Reviewed in the United Kingdom on 13 January 2021
Verified Purchase
A good selection of short stories by different authors. Among my favourite where everyone knows your name (McCoy and scotty) and ambition (scotty) least favourite was the last one Make Believe which just did not catch my attention. Good value. Would recommend.
Read more
One person found this helpful
Report abuse

Sharon
4.0 out of 5 stars Read if you are a fanatic and just compelled.
Reviewed in the United States on 19 March 2021
Verified Purchase
I bought this book, yes. I recognized a number of the authors. I will say only that I wish it were better. It's not terrible, though there are cringingly bad moments; but neither is it fabulous. Instead of this, read "Troublesome Minds," or " Doctor's Orders," or "The First Frontier" or even just reread "Spock's World" even if you practically know it by heart.
Read more
Report abuse

Paul E. Deuel
5.0 out of 5 stars A must for any Trekkie
Reviewed in the United States on 12 July 2018
Verified Purchase
Okay,so I bought this book last year and FINALLY had a chance to read it this week. So worth the wait. Every single story in this compilation is so well written I couldn't possibly decide which was my favorite. I don't do spoilers but pg 321 in the story Devices and Desires is priceless. Buy Constellations and see for yourself. Live Long and Prosper🖖
Read more
One person found this helpful
Report abuse

R. Spottiswood
3.0 out of 5 stars A Poor Anniversary Present
Reviewed in the United States on 28 October 2006
Verified Purchase
This collection begins with an intro by David Gerrold, one of the writers for the original show, reminding us of what it stood for. It gave me very high expectations for this anthology, which the stories could not match. The first story is about reasons for breaking the Prime Directive. It is a good but not great story. The second story is about Sulu's first landing party command. It is mechanistic and there is very little feeling in the writing. In the third story, Chekov and McCoy visit Iraq, and are of course shocked by the behaviour of the soldiers. Technically, it is set on a different planet, but other than changing guns for phasers, the author made almost no changes in describing an American army unit. You can't simply slap a delta symbol and a red shirt on an American G.I. and call him Starfleet Security, the behaviour patterns and mindset are too different. It is not a Trek story. Plus it is just not a good story. To top things off, this was written by Howard Weinstein. I was certain that he, of all these authors, would have written an enjoyable story, and instead I get this.

The fourth story is a considerable improvement. It is that Star Trek standard, the crew caught between two feuding parties until they can figure out enough to bring the two sides to the negotiating table. I love this type of story. Plus, there is some great sense of wonder stuff too. It's a little metaphysical for me, but is very well written. However, this story was for me marred by the gratuitous inclusion of another "American Empire" Starfleet officer, commanding the station the Enterprise visits. There is no reason to include such an attitude in the story. The fifth story is a genuinely good story. The ship's in trouble, Spock's in trouble, and McCoy and Kirk have to save both. The next story is Christopher Bennett's. The idea is interesting, but this guy just has no subtlety. Everything is right in your face, with no depth. The next story isn't much better, too short and too simplistic.

Then comes Dave Galanter's The Leader, starting an end run of five good stories. The Leader is probably the best writing of the whole collection, and leads all categories except most entertaining and most moving.The next story features Scotty and Sulu sharing command of the Enterprise. It is the story with the coolest sense of wonder features, and is a very good story overall. The tenth story is a bit of a look into Spock's past, and the specific circumstances that led him into Starfleet. It is also a story about how people change, for better or worse. It is a quite good but not great story. The eleventh story is Jeffrey Lang's, of Immortal Coil fame. It's the humour story, and he does a wonderful job. The final story is one of the most moving Trek stories I have read.

The Original Series is, to me, a setting about hope and idealism and exploration. I would not recommend this book to fans of the Original Series. This is a very dark depiction of the Federation. The post-Dominion War setting is dark, moody and introspective, and much more appropriate for these stories. So much for the intention to celebrate 40 years of Star Trek.

Read more
23 people found this helpful
Report abuse
See all reviews
Back to top
Get to Know Us
Make Money with Us
Let Us Help You
And don't forget:
© 1996-2021, Amazon.com, Inc. or its affiliates