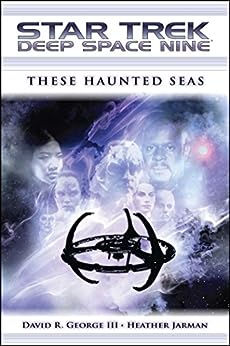 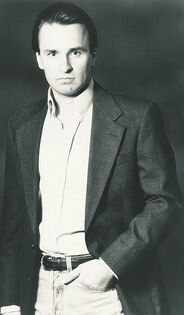 by David R. George III (Author), Heather Jarman (Author) Format: Kindle Edition
See all formats and editions
Sorry, there was a problem loading this page. Try again.
It is a time of renewed hope. As the U.S.S. Defiant sails through the wormhole and charts a new course of discovery into the unknown ocean of the Gamma Quadrant, powerful individuals from distant worlds gather at station Deep Space 9™ to usher in a bright new era; with the Dominion War now only a memory, Bajor is poised at last to enter the Federation. For Colonel Kira Nerys, Commander Elias Vaughn, and all those who follow them, these are the voyages they were born to undertake.

But where they seek to go is defined by the journeys they have made before, and ghosts populate these uncharted waters -- the spectres of lost leaders, fallen friends, forsaken lovers, vanquished enemies, and earlier selves. Some of these shades drive the travelers on, others are drawn inexorably into their wake; but all make their presence felt, and in feeling, the men and women of DS9 and the Defiant must somehow navigate the perilous rapids of their pasts in order to find the future.

Originally published as Twilight and This Gray Spirit -- the first two novels in the critically acclaimed Mission: Gamma series -- These Haunted Seas is the next chapter of the epic saga begun in Twist of Faith, continuing the chronicles of Star Trek: Deep Space Nine® beyond the small screen, propelling its heroes to realms they could never have imagined, and truths they cannot escape.
Read more
Previous page
Next page

David R. George III has written more than a dozen Star Trek novels, including Ascendance, The Lost Era: One Constant Star, The Fall: Revelation and Dust, Allegiance in Exile, the Typhon Pact novels Raise the Dawn, Plagues of Night, and Rough Beasts of Empire, as well as the New York Times bestseller The Lost Era: Serpents Among the Ruins. He also cowrote the television story for the first-season Star Trek: Voyager episode “Prime Factors.” Additionally, David has written nearly twenty articles for Star Trek magazine. His work has appeared on both the New York Times and USA TODAY bestseller lists, and his television episode was nominated for a Sci-Fi Universe magazine award. You can chat with David about his writing at Facebook.com/DRGIII.

Heather Jarman lives in Portland, Oregon, where she supplements her day job as a tired mommy with her writing career. Her most recent contributions to the Star Trek fiction include "The Officers' Club," the Kira Nerys story in Tales from the Captain's Table, and Paradigm, the Andor novel in Worlds of Star Trek: Deep Space Nine, Volume One.

By night Heather flies to distant lands on black ops missions for the government, where she frequently breaks open industrial-strength cans of whupass on evildoers. --This text refers to an out of print or unavailable edition of this title.

David R. George III is the New York Times and USA Today bestselling author of eighteen novels, a novella, three novelettes, an introduction, and eighteen magazine articles. He also co-wrote the television story for a first-season "Star Trek: Voyager" episode, “Prime Factors.” The International Association of Media Tie-in Writers has nominated his work for a Scribe Award, and his television episode was nominated for a Sci-Fi Universe Award. You can learn more about David and contact him at his official website, DRGIII.com.

Kindle Customer
3.0 out of 5 stars A mixed bag
Reviewed in the United Kingdom on 26 June 2017
Verified Purchase
Twilight is a tour de force in both the Gamma Quadrant and DS9 storylines. Watching Ro and Quark dance around each other was a particular highlight as was the grim look at Elias Vaughn confronting the ghosts of his past.

Unfortunately where the book falls down is in Book Two: This Gray Spirit. The DS9 sections are riveting, with Heather Jarman inhabiting the character of Kira with ease. However the Gamma Quadrant storyline is, quite frankly, dull. Far too much time is spent building things up without much of a payoff, Ezri comes as whining and grousing and virtually nothing is established about the Yrythny-Cheka conflict, instead choosing to focus on the tedious factional troubles of the former.

Still, I would recommend this duology to anyone.

Find all the new/reintroduced characters in these books much more appealing (better fleshed out) than those in the Next Gen ones.
And the continuing stories of the TV series main characters are great.
I'd have preferred a little less of the Andorian family troubles, but even those scenes were written well,
and were useful for introducing the new counselor.

Pity there isn't a second omnibus addition.
I really want to read the next two Mission Gamma books, but they cost a bit more than I can afford.
(There are a lot of Star Trek follow up books to read)

Highly recommend for any DS9 fans,
although it'd be helpful to read the books that come before it first.
Read more
One person found this helpful
Report abuse

Gary McCluskey
2.0 out of 5 stars Nothing special
Reviewed in the United Kingdom on 23 February 2017
Verified Purchase
Lack of interest. Mostly boring. Nothing special. There was nothing new or interesting here, in fact it is obvious as several story lines are in place - non of them hold up on their own.
Read more
Report abuse

anon4utu
5.0 out of 5 stars Great Story.
Reviewed in the United States on 13 September 2021
Verified Purchase
It's as though the show continues. And, my favorite Star Trek character; the sexy, fascinating Ro Laren! Also, Nog and Quark.
Just great.
Read more
Report abuse

Russell G Knoblach Jr
5.0 out of 5 stars Five Stars
Reviewed in the United States on 14 February 2018
Verified Purchase
Very good read.
Read more
Report abuse
See all reviews
Back to top
Get to Know Us
Make Money with Us
Let Us Help You
And don't forget:
© 1996-2022, Amazon.com, Inc. or its affiliates