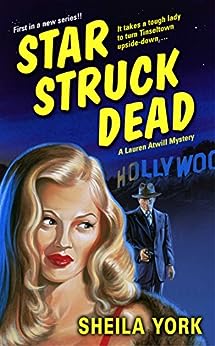 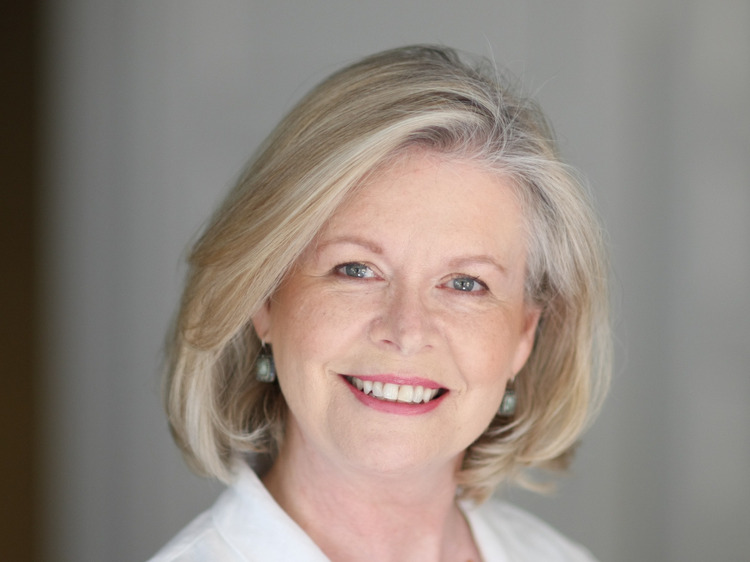 Sheila York, the daughter of a career army officer, spent much of her childhood in Munich, Germany, and later studied abroad as an exchange student in both France and England. After postgraduate studies in psychology, she worked as a disc jockey, news anchor, sports reporter, and voiceover actor. She lives in New York City. --This text refers to an out of print or unavailable edition of this title.

M. C. Crammer
5.0 out of 5 stars This book should be a contender for an award
Reviewed in the United States on 15 April 2004
Verified Purchase
This book made me want to go back and read mysteries from the era that this story was set in -- the period just after World War II has ended. The setting is Hollywood, and McCarthyism is just starting to rear its ugly head.
The "heroine/detective" is Lauren Atwell, a screenwriter who is independently wealthy and separated from her famous actor husband. It is a time when a separated woman can go to parties with someone other than her husband but wouldn't dare be caught in the act of adultery -- she'd lose everything financially and socially.
The theme of the mystery is blackmail in Hollywood, where appearances are everything and no-one cares what you're doing as long as it doesn't become public knowledge. The blackmailers first attempt to blackmail Lauren, and although she is not susceptible, from that she begins to suspect that some of the Hollywood crowd she knows are also being blackmailed. There are a series of murders somehow related to the blackmail. Lauren gets involved in trying to sort this mess out before someone she cares about gets falsely accused of murder.
What's not to like? Well,frankly, the plot was so complicated that after a while, I was having a very hard time keeping it all straight -- trying to remember who someone was, or what had been said fifty pages ago that was being referred to. You'd need to take notes, I found myself thinking, to sort it all out.
What's to like? Although complicated, the plot is impeccable; the characters for the most part not only vivid and interesting, but likeable; and the atmosphere created makes you feel like you've gone back in time and space to Hollywood in the late 40s. The quality of writing is excellent -- it's a very literate book. This is the kind of mystery that creates a mood and that you can hardly wait to get back to. I look forward to reading the next in the series. I expect this book to pick up some awards, like an Edgar.

WIAPilot
5.0 out of 5 stars Philip Marlowe is Reborn...
Reviewed in the United States on 27 April 2004
Verified Purchase
I believe that "Star Struck Dead" is Sheila York's first novel. It is a terrific one! Think of a mystery that takes you back in time to Hollywood's golden era of the 1940's...
The year is 1946, the place is "TinselTown," and Lauren Atwill has had enough. Separated from gorgeous matinee idol, Franklin Atwill, Lauren knows that she is no longer willing to endure his countless infidelities. Waking up, bruised and scraped from the ill-effects of the night before, Lauren discovers herself in a hospital room. She is baffled as to why anyone would have abducted her on her way home. Her jewelry and money have been taken, but she has not been harmed physically - only drugged. When she receives compromising photos of herself, she learns that she is just one of the many victims of a blackmailing gang.
In a town where careers are broken like hearts, Lauren hooks up with streets smart, private eye - Peter Winslow to discover who is behind these incriminating setups.
The plot is complex, but so refreshingly solid that few readers will see this ending coming!
Now, imagine a writer that can style her writing to that sort of "Raymond Chandlerish" use of deadpan humor. ["A few women in very short skirts and very high heels were walking in pairs up and down the pavement...They were probably just waiting for their husbands."]Wow! Sheila York is great at this.
Her descriptive use of truly unique metaphors(?) only adds to her brand of writing. Some phrases were so good that they just amazed me. "Except for the soft brushing of the wind in the eucalyptus, it was quiet."
I have a feeling that Laura Atwill is going to be one of my favorite characters. I hope that York is hard at work!
Read more
11 people found this helpful
Report abuse

Kindle Customer
5.0 out of 5 stars Wonderful wonderful book
Reviewed in the United States on 2 January 2013
Verified Purchase
I loved this book when it first came out and it was every bit as good on the second reading. It draws you in and keeps you interested from the first page to the end. It's clear that the author has spent a lot of time writing films. The scenery is described so well it comes alive with the characters. I happen to love noir and this book is a wonderful example. I am not a good enough writer to be able to describe why I liked this book so much, I just did. I even notice that the reviewer who gave it one star read the whole book and cared enough about it to write a long review. It draws you in and keeps you interested. Good plot, good characters, good historical setting, just plain good.

And the best news us she's written another. I can't wait ti read it.
Read more
Report abuse

Cindy
5.0 out of 5 stars Don't let the cover turn you off - Great story
Reviewed in the United States on 8 June 2013
Verified Purchase
This was a great mystery. I happened to meet the author on a train out of NYC one night. Since I love mysteries, I decided to buy her ebooks. When I went to Amazon.com, I realized that I had seen this book before, but was so turned off by the cover that I did not purchase it at that time. Based on the cover, I thought I would be getting a "Harlequin Romance" type of mystery. That is very far from the truth. The book was very good, and I am looking forward to reading the second book that I purchased.
Read more
Report abuse

John D. Taylor
3.0 out of 5 stars Very understanding of Women's position in society
Reviewed in the United States on 21 December 2012
Verified Purchase
Some of this was rather implausible, and a lot of "romance novel" stuff was thrown in. Good mystery, but rather drawn out, and following the characters as the book went on was not easy.
Read more
Report abuse
See all reviews
Back to top
Get to Know Us
Make Money with Us
Let Us Help You
And don't forget:
© 1996-2021, Amazon.com, Inc. or its affiliates