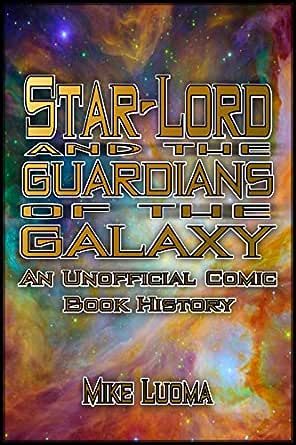 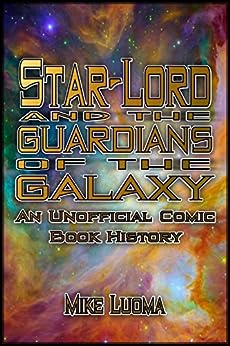 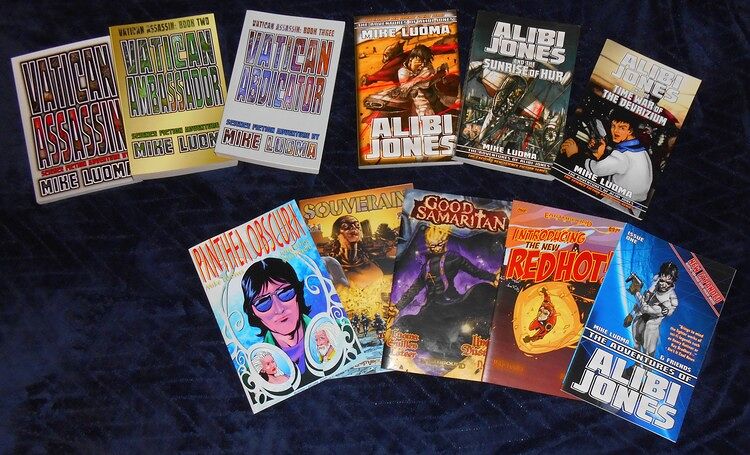 Star-Lord and the Guardians of the Galaxy: An Unofficial Comic Book History Kindle Edition

Mr. A Weston
5.0 out of 5 stars An enlightening guide to the latest Marvel craze
Reviewed in the United States on 3 June 2017
Verified Purchase
As a boy growing up in the 1960’s I was an avid comic book collector. Though wide, my tastes were limited to The X Men, The Fantastic Four, Spider Man, The Silver Surfer and Thor. I dabbled with one of two other superheroes from time to time, (The Submariner and Doctor Strange) but never – not ever – do I recall hearing of the Guardians of the Galaxy!

It wasn’t until I’d had the opportunity to dip into Mike Luoma’s in-depth “unofficial” journey through the cosmic-string evolution of the team that now seems to be on everyone’s lips, that I realized I’d missed out on an absolute gem. A many faceted – infinity gem - involving myriad partakers and countless missions across time and space.

Did you know (1) “Guardians of the Galaxy” had their origins in the heady days of the late 1960’s? Not that you’d have recognized them then – apart from Yondu – because the legends you see on the screen fighting along to a brilliant 1970’s soundtrack didn’t exist until decades later.

But that’s the thing about the topsy-turvy creative world of Marvel. The multi-million/billion dollar celluloid hits of recent years often portray characters who hadn’t been conceived when the original concept first came out. And I can relate to that personally....

As an example, take one of my favorite teams: The X-Men.
To me, the X-Men were Professor X, Angel, Cyclops, the Beast, Marvel Girl (Jean Grey) and Ice Man.
What, no Wolverine?
Oh no...He didn’t skip along until the mid 1970’s – along with a number of other firm favorites. And yet, his name is now synonymous to that franchise.

And in a nutshell, the same goes for Peter Quill – aka, Star-Lord – and to a lesser extent, his cohorts, Groot, Rocket Raccoon, Drax the destroyer and Gamora.
(Did you know (2) – even the Peter Quill you see in glorious Technicolor isn’t the original version of that character? )

Intrigued? I should hope so.
If you’re a fan of the Marvel universe, you really ought to treat yourself to this comprehensive guide to history in the making. It’s not something you can rush though, as you’ll need to appreciate the brick by brick evolution the various writing/artistic teams contributed to a processes leading, eventually, to one of the most popular bands of space buccaneers in cinema to date.

Well done to Mike Lumoa for taking the multiple threads of a complex universe and weaving them together in a way that entertains and enlightens, without bursting your brain.
Read more
One person found this helpful
Report abuse

Kindle Customer
5.0 out of 5 stars I enjoy anything he writes
Reviewed in the United States on 9 March 2018
Verified Purchase
Mike is an imaginative and delightful writer. I enjoy anything he writes. This is a nice treats on Marvel
Read more
One person found this helpful
Report abuse
See all reviews
Back to top
Get to Know Us
Make Money with Us
Let Us Help You
And don't forget:
© 1996-2021, Amazon.com, Inc. or its affiliates