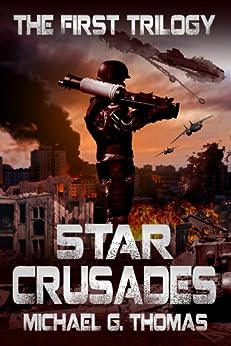 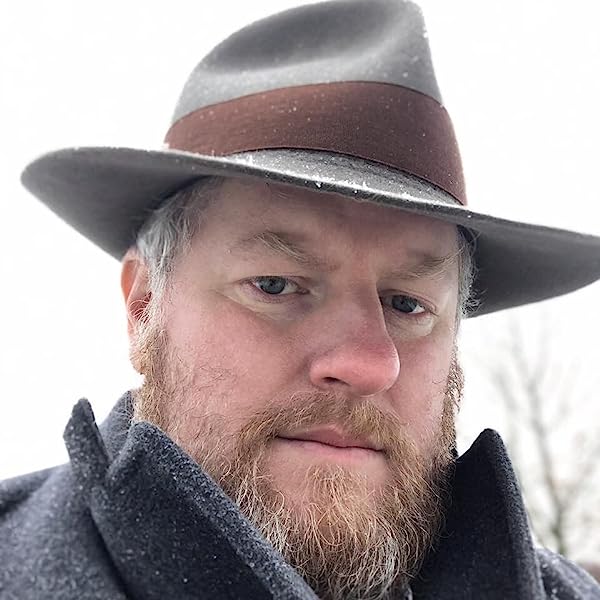 3.8 out of 5 stars
3.8 out of 5
127 global ratings
How are ratings calculated?
To calculate the overall star rating and percentage breakdown by star, we don’t use a simple average. Instead, our system considers things like how recent a review is and if the reviewer bought the item on Amazon. It also analyses reviews to verify trustworthiness.

Mr. K. Gardiner
1.0 out of 5 stars SO disappointing!
Reviewed in the United Kingdom on 3 November 2012
Verified Purchase
Having read Legions of Orion and Gates of Cilicia, I purchased Star Crusades Uprising, as a trilogy, expecting an untaxing, pleasant read. However i have never been so frustrated in trying to make sense of a story before. My first impression was that the story had not been proof read before being put on sale. The number of errors ranging from simple grammatical errors, to whole sentences failing to make sense is annoying, I have made 41 notes in the first 7 chapters, so far.
In one chapter, the author attempts to describe the ships' ion drive, he obviously has no idea of the concept and has done no research into the subject.
The personal armour is described as PDS (personal defence suits), then in chapter 6 even ships get PDS but now it means Point defence system. More attention to detail required!
The story may have been written for under 14 age group originally but to make it more adult(?) gratuitous effing and cursing has been added. Not a pleasant addition and totally unnecessary in that context
The author describes himself as a historian, fine, but trying to tie every space manoeuver to something Nelson did at the battle of the Nile is frankly ridiculous.
Sorry but I won't be wasting any more money on this series

Brialo
4.0 out of 5 stars Printing glitches Star Crusades the 1st Trilogy
Reviewed in the United Kingdom on 19 October 2012
Verified Purchase
A fast pacey read, with more than enough action. Well constructed story lines with believable characters. I am only half way through the first trilogy containing books 1 to 3. Whilst I am enjoying the book I find the constant jumping from one story line to another somewhat distracting. My real gripe though is the number of misprints throughout the book. I,m not sure if this is a result of transposing the original content into the electronic format or whether it was not checked properly at the original print stage. Whichever, it is an annoying fault which is why I have down graded an otherwise 5 star rating to 4. I have noticed this in other Kindle books that I have purchased but this is by far the worst and I do not recall this problem in printed books that I have read. Come on Amazon this problem is not up to your usual high standards.
Read more
Report abuse

MZ Rider
5.0 out of 5 stars A good hard tech sci fi read
Reviewed in the United Kingdom on 17 April 2012
Verified Purchase
I reckoned this was a good tale and was not disappointed. Below is what I wrote when I finished.

I really enjoyed the five books that make up this tale. It is well written a flows well. Characterizations are about right for this type of book. High art it is not, a good read it is.
If you like reasonably realistic sci fi that does not rely on a 'magic' to move it along then you will probably like this series.
Read more
2 people found this helpful
Report abuse

AN
5.0 out of 5 stars Excellent!
Reviewed in the United Kingdom on 6 July 2012
Verified Purchase
I don't normally write reviews but I have enjoyed this trilogy so much all I can say is get the whole series and read them back to back! I've just read the first trilogy over the last five days and want to read more so I've just bought the second trilogy. There are some minor formatting/grammar mistakes but these don't distract from a very readable story which is why I've given it five stars.

In my opinion the Star Crusades series would make a great series of films - come on Peter Jackson read this series and make some films!

Since using the Kindle app on iPad I've been getting right back into reading Sci-Fi and I'd forgotten how great it can be. There is such a variety of free and low cost books available and it's great to discover a new author such as Michael Thomas. I'll definitely be buying his other books and look forward to many more!
Read more
Report abuse

Rhys Evans
2.0 out of 5 stars Starship Troopers by any other name
Reviewed in the United Kingdom on 14 October 2013
Verified Purchase
While the underlying story of religeous uprisings and terrorism is good, the main plot is a little thin. In places it reads a bit too much like Starship Troopers, but without the vivid descriptions. I do think that more could have been made of some areas of the book, it feels a little like the author just glossed over some key bits.

On the whole, it's an average read but only if you enjoy your Sci-Fi packed full of US Marine Corps references(ooorah etc.), but for me there are better books out there that do this.
Read more
Report abuse
See all reviews
Back to top
Get to Know Us
Make Money with Us
Let Us Help You
And don't forget:
© 1996-2021, Amazon.com, Inc. or its affiliates