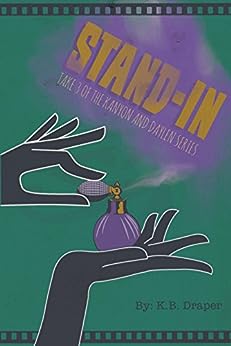 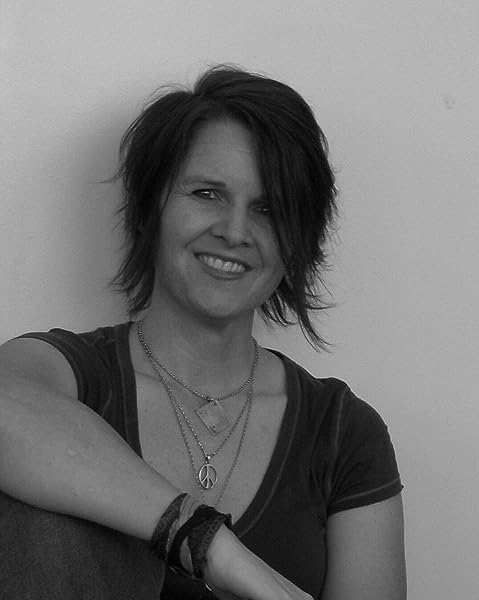 Stand-in: Take 3 of the Kanyon and Daylen Series Kindle Edition

by K.B. Draper (Author) Format: Kindle Edition
See all formats and editions
Sorry, there was a problem loading this page. Try again.
Kanyon McKane is a good actress. A skill only made better by practice. Something that she’s been doing a lot of on and off set since getting pink-slipped from the real-life role of Guardian by her Seeker partner, AKA Daylen Elliott, AKA the woman she loves. As a Seeker, Daylen Elliott sees and feels other peoples’ emotions. On a good day, she can almost not kill someone with her newly found powers, now if she could only figure out how to play that nice in her own emotional sandbox. Fate has forced Kanyon and Daylen back together. An article, which apparently makes everyone’s libidos go ‘Friday night at the Playboy Mansion’ has found it’s way onto Kanyon’s movie set. With two unlikely lovebirds gone M.I.A., new secrets, old flames and impromptu make-out sessions, Kanyon and Daylen are questioning everyone’s true intentions, including their own…
Read more
Previous page
Next page

In 2008, K.B. Draper discovered a talent for storytelling after drinking a cheap bottle of wine at a Christmas Party. One of her also intoxicated friends said &quot;you are so freak'n *burp* funny, you should write a book.&quot; The idea stuck and so did a cocktail napkin in an inappropriate place, but that's a totally different story.

After that, K.B. Draper taught herself to write. Which was challenging since she was a bad student and an even worse teacher. But words started to make sentences, sentences made paragraphs, and paragraphs eventually made a story, which came to be The U-Haul Diary. The U-Haul Diary is a comedic, loose interpretation (okay, completely one-sided view) of the women she dated, and moved in and out of her life (and house).

Since writing was cheaper than therapy, she continued to tell stories in her same rambling humor, but this time in a modern day, will they-won't they, oh no they didn't, fantasy series, featuring Kanyon and Daylen; two heroines out to save the world from sin infused articles and the supernatural bad guys. Want a little something darker ... check out her Demons Series.

In summary, K.B. Draper is not a classically trained writer, but she fakes it pretty okay and hopefully inspires a few chuckles along the way.

Check out more and read a few chapters at www.kbdraper.com.

Ness
5.0 out of 5 stars Kickass
Reviewed in the United Kingdom on 23 October 2021
Verified Purchase
Another brilliant instalment in the Kanyon & Daylen series, loved every book so far. Check out her demon series too - soo funny.
Read more
Report abuse

Nancy
5.0 out of 5 stars Five Stars!!!
Reviewed in the United States on 29 October 2017
Verified Purchase
I have to admit, that I am quite the fan of K
B. Draper. But, this was by far the best book of this series. I admire the way this author uses quick wit and humour to keep her books flowing. It is easy to find yourself absorbed in the storyline. Kanyon and Daylen have amazing chemistry, that only builds as we learn more about them, as each story unfolds. I also love how the other characters, hold there own weight as well. I am one of those readers, who enjoy creating my own image of the characters within my mind as a story plays out, and reading material like this allows me to do so. It is well written, with just enough description to give us the characteristics that let us know what the author had in mind, but also allowing us to fill in some of the blanks with our own creativity. I can't wait for the next installment of this series to be published. Keep them coming K.B!!!
I would suggest this book to anyone, who loves a good romance book, mixed in with some great humor, mystery and a bit of intrigue threw in for good measure.

Ms bell
5.0 out of 5 stars Love it!
Reviewed in the United States on 25 December 2019
Verified Purchase
I love the banter, and the characters! It's too bad it's not a movie!. Seriously! But, even the best books make awful movies😊 Ms Draper, keep it up! Just one little thing...There are some typos, and, well, need more DESCRIPTION of the love scenes !? HOWEVER, I'll get your books every single time!!!
Read more
Report abuse

K. E. Flynn
5.0 out of 5 stars Amazing Series!!!
Reviewed in the United States on 12 November 2017
Verified Purchase
I love these characters. I can't wait to follow the rest of their adventures. The only problem I have is waiting for the next book. The author is going to have a lot of fun writing from this point forward. The series just opened up so many new avenues to explore. The Team is formed! Let's get to the action!
Read more
Report abuse

Wylee Farmher
5.0 out of 5 stars Fun read
Reviewed in the United States on 18 November 2017
Verified Purchase
This was a really great book! I love all the crazy banter and Blue is just too funny. Hope the books continue.
Read more
Report abuse
See all reviews
Back to top
Get to Know Us
Make Money with Us
Let Us Help You
And don't forget:
© 1996-2022, Amazon.com, Inc. or its affiliates