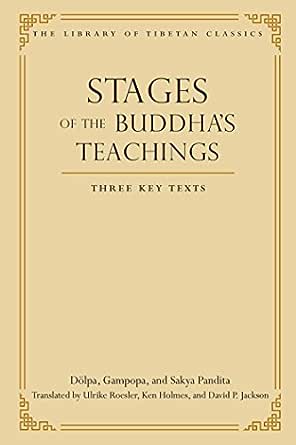 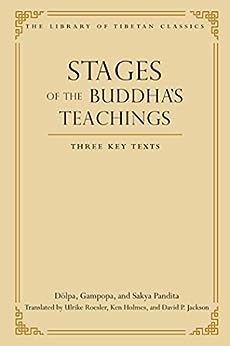 Ken Holmes studied in Dharamsala before joining Samye Ling in Scotland, the first Tibetan monastery in the West, in 1970. There, he and his wife Katia have devoted the past forty years to researching, translating, publishing, and teaching the practice and study texts of Tibetan Buddhism. As the center's Director of Studies, Ken spends much of the year teaching at Samye Ling's branches in Europe and Africa. David P. Jackson has studied the writings of Sakya Pa ita for some years, publishing in 1987 the third chapter of another of Sapa?'s major works, the Entrance Gate for the Wise. He also investigated the recent history of the Sakya school, publishing a biography of the twentieth-century Sakyapa mystic Dezhung Rinpoche (1906-87) entitled A Saint in Seattle. Ulrike Roesler received her PhD in Indian Studies from the University of Mu]nster (Germany) with a thesis on the notion of "light" in the Vedas. For more than a decade she has been teaching Indian and Tibetan Studies as well as Buddhist Studies at the universities of Marburg, Freiburg, and Oxford. Her research interests include Indo-Tibetan Buddhism, the history of the Tibetan Kadam school, and Tibetan biographical and narrative literature. With Linda Covill and Sarah Shaw, she coedited Lives Lived, Lives Imagined: Biography in the Buddhist Traditions. --This text refers to the hardcover edition.

THEODORE S. PAPPAGALLO
5.0 out of 5 stars received as advertised
Reviewed in the United States on 26 October 2019
Verified Purchase
knowledge of Tibetan Buddhism
Read more
Report abuse
See all reviews
Back to top
Get to Know Us
Make Money with Us
Let Us Help You
And don't forget:
© 1996-2021, Amazon.com, Inc. or its affiliates