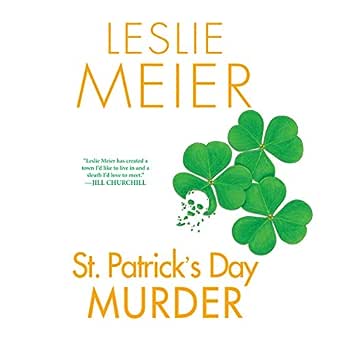 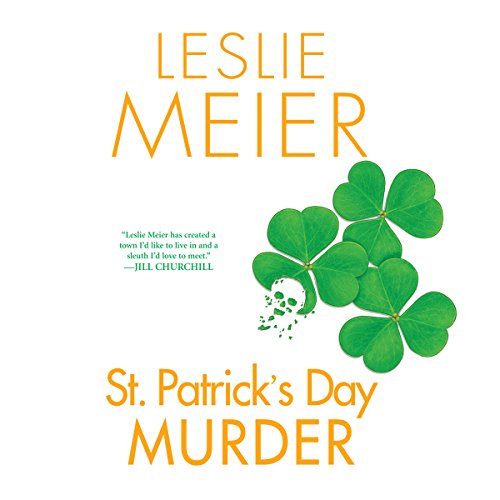 4.6 out of 5 stars
4.6 out of 5
68 global ratings
How are ratings calculated?
To calculate the overall star rating and percentage breakdown by star, we don’t use a simple average. Instead, our system considers things like how recent a review is and if the reviewer bought the item on Amazon. It also analyses reviews to verify trustworthiness.

Amazon Customer
4.0 out of 5 stars good
Reviewed in the United Kingdom on 9 February 2014
Verified Purchase
Just reading this book now so far very good but I do like Leslie meier's books they are light reading at0 good stories
Read more
Report abuse

Geraldine
5.0 out of 5 stars This IS a Good Cozy!😊
Reviewed in Canada on 18 March 2019
Verified Purchase
This is the first cozy mystery I have read by this author but it won't be the last.

Thoroughly enjoyed this story, which I fittingly picked out to read on St. Patrick's Day.📖

Believable characters, a plot with enough twists and turns to keep things interesting and beautifully set in Maine, during a snowy, cold winter.

I learned quite a bit about Irish folklore too.

I did not find the culprit or outcome predictable as one other reviewer complained about and I've definitely read many cozies where that was an issue.

Look forward to enjoying more stories from this author in the future.😊

Geraldine Helen Hartman, author of,
💟Laughing at the Grim Reaper! Gems of Wisdom for Aging Well💟

Vicki Rigsby
4.0 out of 5 stars Very Good
Reviewed in Canada on 24 March 2017
Verified Purchase
I had never read her books before but enjoyed this one very much. I will likely read more of her books
Read more
Report abuse

Toni Walker
4.0 out of 5 stars GREAT PLOT that keeps you guessing
Reviewed in the United States on 28 March 2019
Verified Purchase
Since it was coming up on St. Patrick’s Day, I wanted to read a book along that theme on the day of the 17th. I thought it would be fun. I normally don’t pick theme books to read on that specific holiday (except Christmas or Halloween) and I wanted a change of pace. It was still a cozy mystery, so it wasn’t completely out of my wheelhouse.

Lucy Stone was out doing what Lucy Stone does… finding dead bodies. She didn’t actually find this one herself, mind you but coming upon the scene where the owner of a local bar washes up dead on the shore of Tinker’s Cove on the Maine coast is close enough. Her reporter instincts click into gear immediately.

The body can’t be identified immediately due to the fact the corpse was missing its head. But they all assumed it was Old Dave, the owner of the Bilge, since the bar had been unexpectedly closed for the prior three days, much to the patron’s dismay.

Strangely enough, on the day Old Dan’s body is discovered, his brother, Dylan showed up with his family to direct a theatre production for the local church. There are more suspects around each corner: disgruntled patrons and a man who claims Dave stole his winning lottery ticket.

It was an interesting ride. Sometimes Meier’s stories can be hit or miss but I thought this offering was a particularly good one. Great plot that kept you guessing, characters you sometimes wanted to throttle and a great writing flow.

I look forward to reading more of Meier’s work and i do have quite a few tucked away in my Kindle for a rainy day.

Definitely check this one out.
Read more
Report abuse

Janice K.
3.0 out of 5 stars Please not this book is a reissue
Reviewed in the United States on 22 March 2019
Verified Purchase
My review is based on the fact that the copyright stated is 2019. However, this is a reissue of the book which was originally released in 2009. This is the second time I have ordered one of Ms. Meirs’ books that are not advertised as reissues. I wish Amazon would denote the original publishing dates.
Read more
One person found this helpful
Report abuse
See all reviews
Get FREE delivery with Amazon Prime
Prime members enjoy FREE Delivery and exclusive access to movies, TV shows, music, Kindle e-books, Twitch Prime, and more.
> Get Started
Back to top
Get to Know Us
Make Money with Us
Let Us Help You
And don't forget:
© 1996-2020, Amazon.com, Inc. or its affiliates