The Square and the Tower and over 1.5 million other books are available for Amazon Kindle . Learn more
Share <Embed> 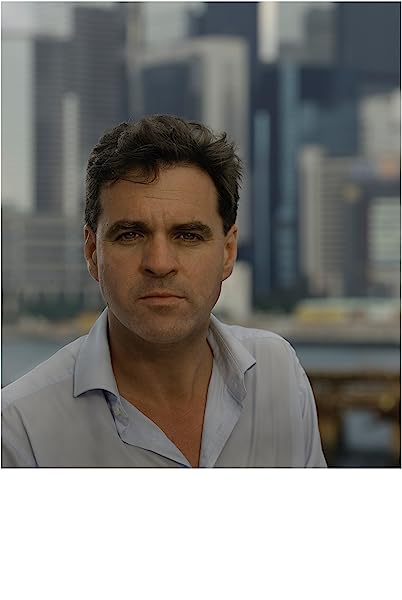 Page 1 of 1 Start overPage 1 of 1
Previous page
Next page
Start reading The Square and the Tower on your Kindle in under a minute.

"Captivating and compelling. Whether describing the surprisingly ineffective 18th century network of the mysterious Illuminati that continue to be the subject of crank conspiracy theorists or the shockingly effective 20th century network of Cambridge University spies working for the Soviets, Ferguson manages both to tell a good story and provide important insight into the specific qualities that power successful networks." --The New York Times "Remarkably interesting . . . always surprising and always thought-provoking in the places and entities it chooses to pause and examine, everything from the Mafia to the Soviet Union of Stalin. . . . The Square and the Tower in addition to being provocative history, may prove to be a bellwether work of the Internet Age." --Christian Science Monitor "Niall Ferguson has again written a brilliant book. . . . His short chapters are lucid snapshots of a world history of Towers and Squares, filled with gracefully deployed learning. . . . THE SQUARE AND THE TOWER is always readable, intelligent, original. You can swallow a chapter a night before sleep and your dreams will overflow with scenes of Stendhal's The Red and the Black, Napoleon, Kissinger. In 400 pages you will have restocked your mind. Do it." --The Wall Street Journal "Ferguson reminds us the social network didn't spring fully formed from the mind of Mark Zuckerberg; rather, it's a persistent force in human affairs offering a novel lens on past and perplexing present."--San Francisco Chronicle "A wide-ranging and provocative tour through the history of human connectivity, pre- and post-high tech. Ferguson also ladles out illuminating doses of networking theory and analysis of the threat that growing political and economic complexity poses to established hierarchies and institutions." --Inc.com "An engaging, provocative history of networks (and their relationships to hierarchies) from ancient times to the invention of the printing press to the pervasiveness of the personal computer. Breathtaking in its scale and scope, The Square and the Tower applies insights of network theory to (among other subjects) Portugal's foothold in Macau, the "conquest" of the Incas, the Reformation, the Enlightenment, the American Revolution, the Industrial Revolution, World War I, Stalin's Terror, World War II, the fall of the Soviet Union, the founding of the European Union and the Great Recession of 2008-09."--Pittsburgh Post-Gazette "An enthralling 'reboot' of history from a novel perspective, spanning antiquity to the present day. . . . Like the best historians, [Ferguson] always pauses to learn from the past and anticipate the future. If only for this reason, [THE SQUARE AND THE TOWER] is well worth a read."--Science "[Ferguson's] typically bold rethinking of historical currents, painted on the broadest canvas, offers many stimulating insights on the tense interplay between order, oppression, freedom, and anarchy." --Publishers Weekly, starred review "Ferguson has written a provocative and intellectually challenging work that should promote consideration and debate among academics and laypersons." --Booklist "Renowned economic historian Ferguson draws on insights from network theory to examine disruptions across time. . . . Refreshingly evenhanded. . . . Ferguson offers a novel way of examining data . . . highly intriguing." --Kirkus "In his sweeping, stimulating and enlightening The Square and the Tower, noted historian Niall Ferguson draws from a wide range of sources to trace the crucial role that different kinds of human networks have played throughout history... Ferguson's superb, thought-provoking book brings these events vividly to life and will help readers view history from a unique perspective." --BookPage "Niall Ferguson's The Square and the Tower brilliantly illuminates the great power struggle between networks and hierarchies that is raging around the world today. As a software engineer steeped in the theory and practice of networks, I was deeply impressed by this book's insights. Silicon Valley needed a history lesson and Ferguson has provided it." --Eric Schmidt, Executive Chairman of Alphabet, the parent company of Google

Niall Ferguson is one of the world's most renowned historians. He is the author of Paper and Iron, The House of Rothschild, The Pity of War, The Cash Nexus, Empire, Colossus, The War of the World, The Ascent of Money, High Financier, Civilization, The Great Degeneration, Kissinger, 1923-1968: The Idealist, and The Square and the Tower. He is Senior Fellow at the Hoover Institution, Stanford University, and a Visiting Professor at Tsinghua University, Beijing. His many awards include the Benjamin Franklin Prize for Public Service (2010), the Hayek Prize for Lifetime Achievement (2012) and the Ludwig Erhard Prize for Economic Journalism (2013).

4.2 out of 5 stars
4.2 out of 5
462 global ratings
How are ratings calculated?
To calculate the overall star rating and percentage breakdown by star, we don’t use a simple average. Instead, our system considers things like how recent a review is and if the reviewer bought the item on Amazon. It also analyses reviews to verify trustworthiness.

Ralph Monley
3.0 out of 5 stars Interesting as ever, but not one of his best
Reviewed in Australia on 6 August 2018
Verified Purchase
This is an interesting thesis, contrasting networks and hierarchies through history. He illustrates his points well, but I did not find this as riveting as some of his earlier books, like the Ascent of Money.
Read more
One person found this helpful
Helpful
Report abuse
See all reviews

Gazzarian
3.0 out of 5 stars Random connections
Reviewed in the United Kingdom on 5 July 2019
Verified Purchase
Other reviewers have mentioned that this is the least convincing of his books, and at times I wondered whether it had been cobbled together to satisfy a multi book publishing contract. The opening chapters are a little painful, devoted as they are to rehashing bits of network theory (or 'theory' if you like) which anybody with more than a passing interest in the subject will already know. I mean, he's just reproducing bits of Six Degrees, Tipping Point etc. Milgram, Krebs, they're all in there.

And then, the bouncing ball of this second hand grasp of network theory is thrown onto the trampoline of his historical erudition. Gosh, it's a big trampoline and the results are just as random as that image suggests. So it's quite fun in a sporadic 'oh, that's interesting' kind of way but don't expect coherence.
Read more
7 people found this helpful
Report abuse

I agree with these words from the Salisbury Review " At the end of this book, which is less than the sum of its parts, one is not quite sure of what is being said or why"
Read more
15 people found this helpful
Report abuse

North Yorkshire
3.0 out of 5 stars I really wanted to like it ...
Reviewed in the United Kingdom on 31 December 2019
Verified Purchase
The idea sounded interesting and the individual chapters can be good - the author has a big career based on his talent for mastering detail and explaining things lucidly. But, the chapters didn't really seem to flow very well - the sense of build-up didn't quite come off. It felt a bit like notes towards a book. Or, a bigger book abbreviated too much.

For my job I end up attending quite a few business seminars, which usually involve a strong central concept illustrated through lots of case studies (there seems to be a limited set of ideas that get presented in new vocabulary each time). This book was like one of those seminars. A clear central premiss dominating the coverage of a series of test cases. As with these things the strong idea and the rush of case studies creates a convincing impression that fades over time because it is too simplistic and the case studies turn out to have been a bit cooked.

The chapters were good, but perhaps they could have been thinned out and the remaining ones filled in a bit more? In previous books the author has bundled essays together, but the big topics tended to make this feel 'natural'. 'Empire' is a diverse collection of historical events, 'The degeneration of institutions' was broken down to 6 'killer apps' and his histories of complex wars or the ascent of money (&c) all break down into a series of separate scenes. He always balanced the detail with the big story. Here, the balance goes wrong. I wanted more detail on the parts and found the big overall idea to be just an idea. I wanted to like it - the 'elevator pitch' was good.
Read more
2 people found this helpful
Report abuse

Lotta Continua
5.0 out of 5 stars Beguiling, provocative assessment of modern society
Reviewed in the United Kingdom on 22 June 2019
Verified Purchase
Ferguson dissects and provokes the contrasting hierarchy and networks of power. Well informed and thoughtful, he analyses the interaction between the power of hierarchies and connections to networks to drive and reform society. Challenging the smug satisfaction of the liberal left, Ferguson shows the alternatives facing us with a resurgent China and a period of rapid change.
Read more
3 people found this helpful
Report abuse

Rob Peach
4.0 out of 5 stars It’s better than Civilisation. It’s non put down able . R
Reviewed in the United Kingdom on 30 March 2020
Verified Purchase
This is an extraordinarily surprising masterpiece. This author whom I have previously read (Civilisation) is delving into ‘networking’ a pastime at which I at least aspire to be good at.
The title is indicative of how the world works (whirring nonsense and here say - and heresy)) that “catches on damn quick’. This book was read by me in 2 days; amazingly quickly for a quasi self improvement / biz book - GREAT.
Read more
Report abuse
See all reviews
Back to top
Get to Know Us
Make Money with Us
Let Us Help You
And don't forget:
© 1996-2021, Amazon.com, Inc. or its affiliates