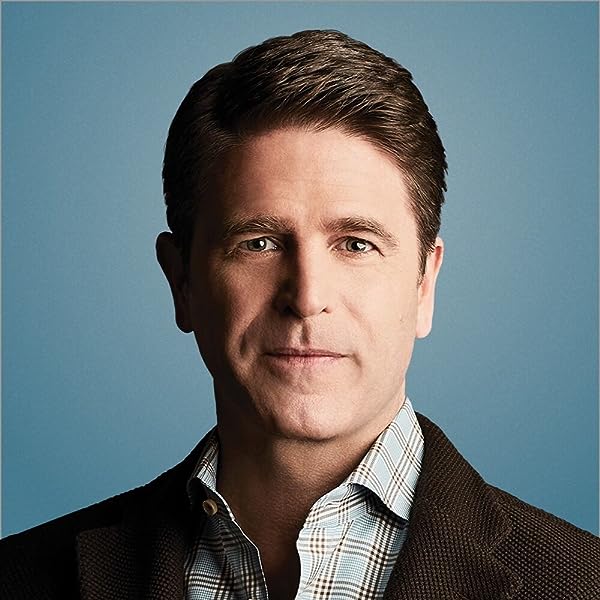 by Brad Thor (Author)
4.6 out of 5 stars 2,067 ratings
See all formats and editions
Sorry, there was a problem loading this page. Try again.
Read more Read less
Previous page
Next page

"Timely, raw, and filled with enough action for two books, SPYMASTER is this summer's must-read thriller and the most gripping novel of Brad Thor's iconic career." ― The Real Book Spy

"A master of action and pacing, Thor continues channeling the likes of John le Carré in crafting a thinking-man's thriller packed with as much brains as brawn, making SPYMASTER a must-read for summer." ― Providence Journal

Brad Thor is the #1 New York Times bestselling author of twenty-two thrillers, including Black Ice, Near Dark (one of Suspense Magazine’s Best Books of the Year), Backlash (nominated for the Barry Award for Best Thriller of the Year), Spymaster (“One of the all-time best thriller novels” —The Washington Times), The Last Patriot (nominated Best Thriller of the Year by the International Thriller Writers association), and Blowback (one of the “Top 100 Killer Thrillers of All Time” —NPR). Visit his website at BradThor.com and follow him on Facebook at Facebook.com/BradThorOfficial and on Twitter @BradThor.

The limbs of the tall pines hung heavy with ice. When they snapped, they gave off cracks that echoed through the forest like gunfire.

With each one, the small counterterrorism team from Norway’s Police Security Service, known as the PST, halted its advance and froze in place.

Seconds—sometimes even entire minutes—passed before they felt comfortable enough to begin moving again.

No one had expected the storm to be this bad. Ice covered everything and made the sloped ground almost impossible to walk on.

Several of the team members had wanted to wait. Their leader, though, had ordered them forward. The assault had to take place tonight.

Backing them up was a contingent of Norwegian Forsvarets Spesialkommandos, or FSK for short. Their commander wasn’t crazy about hitting a target under these conditions either, but he had reviewed the intelligence and had come to the same conclusion.

The two outsiders, sent up from North Atlantic Treaty Organization headquarters at the last minute and forced onto the team by the Norwegian government, didn’t get a vote. Though the American looked as if he could handle himself, and probably had on multiple occasions, they knew nothing about his background or the woman he was with. Therefore, the pair from NATO HQ also didn’t get any weapons. None of the Norwegians wanted to get shot in the back.

Encrypted radios, outfitted with bone conduction headsets, kept them connected to each other and to the PST operations center. They wore the latest panoramic night-vision goggles and carried a range of firearms from H&K 416s and MP5s to next generation Glock 17s and USP Tactical pistols. Theirs was one of the best-equipped, best-trained teams the country had ever fielded for a domestic counterterrorism operation.

Their target was a weathered cabin in a remote, heavily wooded area. It had a long, grass-covered roof pierced by a dented black stovepipe. A season’s worth of firewood had been chopped and stacked outside.

Even if the weather hadn’t gone bad, conventional unmanned aerial vehicle surveillance was worthless. The density of the trees, combined with the shrieking, bitterly cold winds, also meant that the nano drone the FSK carried was impossible to fly. They had been left with no other option than to go in “blind.”

As the team slowly picked their way through the forest, sheets of snow and ice blew at them like shards of broken glass.

The last five hundred meters were the worst. The cabin was built in a wide ravine. Maneuvering down, several team members lost their footing—some more than once.

Because of the trees, the FSK’s snipers couldn’t find anywhere to set up. There were no clean lines of fire, and they were forced to move closer to the cabin than they would have liked. The operation was feeling more and more like a mistake.

Ignoring the trepidation sweeping through the ranks, the PST leader pushed on.

Three hundred meters from the cabin, they could make out light from behind the shuttered windows.

Two hundred meters away, they could smell the wood smoke pouring from the stovepipe.

With one hundred meters left to go, the signal was given to halt. No one moved.

Something was wrong. Everyone felt it. Heart rates increased. Grips tightened on weapons.

And then, all hell broke loose.

Read more
Start reading Spymaster: A Thriller (The Scot Harvath Series Book 17) on your Kindle in under a minute.

Welcome to my Amazon author page. Thank you for making my new thriller, BLACK ICE, #1.

I tell people that my books are like the James Bond movies, you don't need to have seen any of the prior films to hop right in and enjoy the latest.

If you're interested in a chronological list of my novels, it can be found under the "Books" section of my website, BradThor.com. While there, I hope you will enjoy the array of terrific bonus material I have created for you. From spotlights on exciting international locations to features on the guns, gadgets, and gear my characters use, there is something for everyone.

4.6 out of 5 stars
4.6 out of 5
2,067 global ratings
How are ratings calculated?
To calculate the overall star rating and percentage breakdown by star, we don’t use a simple average. Instead, our system considers things like how recent a review is and if the reviewer bought the item on Amazon. It also analyses reviews to verify trustworthiness.

Bob V
1.0 out of 5 stars Completely inaccurate political landscape
Reviewed in Australia on 4 July 2018
Verified Purchase
I used to love Thor's books until his last two which were so Russophobic, bigoted and anaccurate that I ended reading the book less than midway. Unbelievably ignorant.
Read more
Helpful
Report abuse
See all reviews

B. Ryan
4.0 out of 5 stars Geopolitical thriller
Reviewed in the United Kingdom on 4 February 2020
Verified Purchase
A real page-turner. Fast paced with plenty of action. The CIA employ ex- employees, for deniability, to investigate and thwart Russian sponsored terror cells from undermining NATO and preparing the ground for an invasion of the Baltic states. Topical and scary stuff! The ending rather compels you to read the next in the series.
Read more
Report abuse

Lews Therin
5.0 out of 5 stars worth waiting for!
Reviewed in the United Kingdom on 22 July 2019
Verified Purchase
I'm a big fan of this series. I didn't think it was possible to make me more eager to pick up the next book, but he's outdone himself this time!
Read more
Report abuse

David Harris
5.0 out of 5 stars *****
Reviewed in the United Kingdom on 7 August 2018
Verified Purchase
Love These books
I’ve read them all

Robert Downie
5.0 out of 5 stars Weaving fiction and current events together masterfully.
Reviewed in the United Kingdom on 28 September 2018
Verified Purchase
Another thrilling ride with Scot Horvath and the team. Echoing current events with great skill and a deft touch. Excellent stuff.
Read more
Report abuse
See all reviews
Back to top
Get to Know Us
Make Money with Us
Let Us Help You
And don't forget:
© 1996-2021, Amazon.com, Inc. or its affiliates