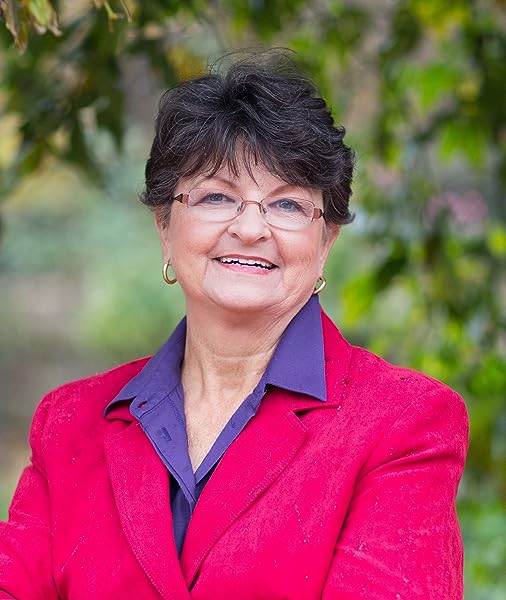 Page 1 of 1 Start overPage 1 of 1
Previous page
Next page
Start reading Spring Rain (Seaside Seasons Book 1) on your Kindle in under a minute.

Gayle Roper is the author of 26 books and a frequent speaker at women's events and writers' conferences. She and her husband live in Coatesville, Pennsylvania, minutes away from Lancaster County, and count many Plain folk among their friends.

Nike N. Chillemi
5.0 out of 5 stars Secret, Lies, and More Secrets and Lies
Reviewed in the United States on 27 March 2006
Verified Purchase
Spring Rain, book one in the Seaside Seasons series by Christian suspense writer Gayle Roper is gripping. Leigh Spenser loves the small town feel of Seaside, New Jersey. She's a single mom who loves raising her son Billy there. Then Clay Wharton resigns his commission in the US Navy and comes home to be with his family because his twin brother Ted is dying of AIDS. This throws Leigh into a tail spin, trying to avoid him, so he can never find out he is the father of her son. In high school she lied to him, leading him to believe she'd been sexual with other men, causing him to leave for the Navy with bitterness toward her. After Leigh and her son are threatened by an excon, a heartwarming love story unfolds, with Leigh and Clay reviving their love, and Ted and Clay forgiving each other for years of pain inflicted upon each other due to Clay's judgementalism and Ted defensiveness. At times the novel rips the reader's heart out. The author handles homosexuality and pre-marital sex with taste, grace, and compassion, yet never comprises the Word of God.
Read more
Report abuse

BeachyLane
4.0 out of 5 stars Sensitive subjects done well
Reviewed in the United States on 1 February 2012
Verified Purchase
This book is more romance novel than anything else, so it may be the last in the series for me. Not a fan of formulaic romances. But, as other reviewers wrote, Roper deserves much credit for handling beautifully the sensitive issues of AIDS as well as teen pregnancy. She was true to Scripture but also covered it all in grace and love, the perfect example for all believers. Developing the character of an AIDS victim goes a long way to personalizing the issue and avoiding stereotypes. I just hate to see any Christian author use the term "Mother Nature" in their writing. That term is reserved for secularists who personify Mother Earth as an entity with a mind of "her own". Nature, yes, Mother, no.
Read more
Report abuse

cawesty
5.0 out of 5 stars Great book!
Reviewed in the United States on 13 February 2020
Verified Purchase
I loved this book. The theme of redemption and forgiveness are well portrayed. The characters are engaging and the plot believable.
Read more
Report abuse

Judith Robinson
5.0 out of 5 stars Best book I've read in a long time..
Reviewed in the United States on 16 October 2016
Verified Purchase
This is a wonderful book, full of deeper meaning than what is on the surface. It shows how God is walking thru this difficult time with a wonderful family. Gayle was brave in tackling the effects of the family as well as the effects of the man with AIDS . The book deals thoughtfully with feelings we have all had about people who are gay as well as children born our of wedlock. Very well written book.
Read more
Report abuse

E. Hofmann
4.0 out of 5 stars Size
Reviewed in the United States on 7 March 2019
Verified Purchase
When I received this book I was startled by its size and it is not large print. It is not the size as advertised. Rather disappointed in that aspect. Rather unwieldy for comfortable reading.
Read more

4.0 out of 5 stars Size
Reviewed in the United States on 7 March 2019
When I received this book I was startled by its size and it is not large print. It is not the size as advertised. Rather disappointed in that aspect. Rather unwieldy for comfortable reading.
Images in this review