A Spiritual Rebel's Manifesto and over 1.5 million other books are available for Amazon Kindle . Learn more
Share <Embed> 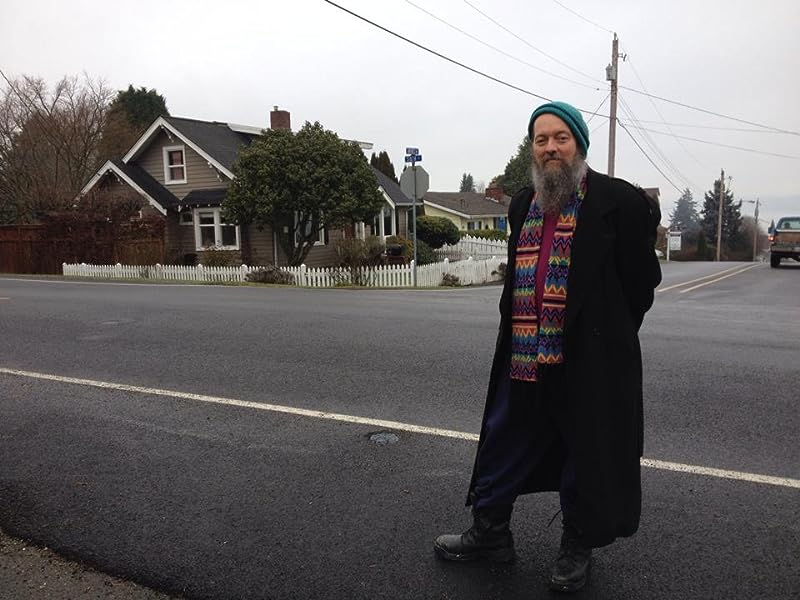 A Spiritual Rebel's Manifesto: Climb Aboard the Noah's Ark of Consciousness Paperback – 23 December 2017

Page 1 of 1 Start overPage 1 of 1
Previous page
Next page
Start reading A Spiritual Rebel's Manifesto on your Kindle in under a minute.

Jean Rousseau
3.0 out of 5 stars Interesting
Reviewed in Canada on 31 July 2018
Verified Purchase
The disciple of a guru has the right to bea little biaised, but in general the message is O.K.
Read more
Report abuse

Ray F
5.0 out of 5 stars Safely in the center of the cyclone
Reviewed in the United States on 6 December 2017
Verified Purchase
This may be the most important of John Hogue’s books. It is certainly the most autobiographical one that I’ve read—even more so than his recent, Beyond Alt-Right and Alt-Left. In telling his story Mr. Hogue offers an example for us to consider. In making that offering, he reaches a watershed in his written work.

A Spiritual Rebel’s Manifesto traces Mr. Hogue’s discovery of meditation as a solace to the angst of his childhood, through his time as a seeker in India where he became a disciple of the guru, Osho. He focuses on Osho’s teachings, quoting him a lot. His story includes a lot of Osho’s story so the “spiritual rebel” of the title could apply to either himself or his teacher. The rebel’s story is one that teaches without straying from the baseline theme of Mr. Hogue’s other works, that being the implications of prophecy and spiritual matters in this present time. Even much of what Mr. Hogue relates of Osho’s teachings concerns the potentials for humanity over the coming decades.

For all his reputation as a seer and Nostradamus scholar, Mr. Hogue’s baby-boomer background is easy to relate to. His childhood experiences of being bully-bait and subsequent search for meaning are points of easy identification (though we should avoid “identifying”). His discovery of meditation as a helpful tool opened the door to his life’s path. That path led to a communal life in Osho’s Indian ashram. In relating his time there, Mr. Hogue offers some interesting insight into the relationship of disciples and masters. He also points out the defining differences between cult masters and enlightened gurus.

While this book is not so much about prophecy and predictions, it does deal with the world’s immediate future. Its primary message is the offering a way to cope with that time. In doing so it expands upon a thread running through much of Mr. Hogue’s writings. This thread describes the need for personal enlightenment, largely through the tool of meditation. It leads to Mr. Hogue’s vision of humanity’s future that was apparently Osho’s vision and hard for me, in my cynicism, to accept. The reasons for that vision are expounded upon well enough in this book, however, that I begin to see the possibility, if not the likelihood.

With the foundation laid of his personal story and Osho’s teachings, Mr. Hogue offers some images that support his points. Chief among these are the “Noah’s Ark of Consciousness” that comes from Osho. It has to do with finding a personal, centered place of escape through meditation. What you are escaping from is a question that should not be hard to answer. Mr. Hogue has a section about this on his website and it’s worth reviewing after reading this book. You can find a link to it at the top of the www.hogueprophecy.com website. Look for the “Noah’s Ark of Consciousness” link.

I see A Spiritual Rebel’s Manifesto as a companion, or follow-up, work to Beyond Alt-Right and Alt-Left due to it’s autobiographical nature. It goes further, though, recounting Mr. Hogue’s personal breakthrough by the enlightenment of his meditative discoveries and bolstered by his communal experience in India (and later, in Oregon). He relates all this in an accessible, compelling narrative that offers lessons worth mulling over.

The watershed nature of this book is in its herald as a change of thematic emphasis that Mr. Hogue states explicitly towards the end. I don’t expect this to be the end of his political commentary or predictive writings. Rather, he intends to effect a subtle change of focus to help his readers find emotional and spiritual rescue in these troubling times. In doing so, he takes on the role of a present day Noah, urging us up the ark’s ramp to take refuge in the only vessel that can ride the maelstrom building around us. It is a vessel of our own making.

dean abrams
5.0 out of 5 stars Great, interesting read that shows where Hogues primary life ...
Reviewed in the United States on 13 March 2018
Verified Purchase
John Hogue finally reveals his connection to ccontraversial master Named Osho and his incarceration while Hogue lived in his hope commune as a 20 something in Seattle area. Great, interesting read that shows where Hogues primary life influences came from. Read it in 5 sessions over a week as his writing style goes from whimsical to poetic to just plain hysterical at times. Highly reccommend!
Read more
One person found this helpful
Report abuse
See all reviews
Get FREE delivery with Amazon Prime
Prime members enjoy FREE Delivery and exclusive access to movies, TV shows, music, Kindle e-books, Twitch Prime, and more.
> Get Started
Back to top
Get to Know Us
Make Money with Us
Let Us Help You
And don't forget:
© 1996-2020, Amazon.com, Inc. or its affiliates