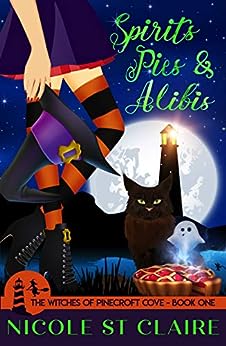 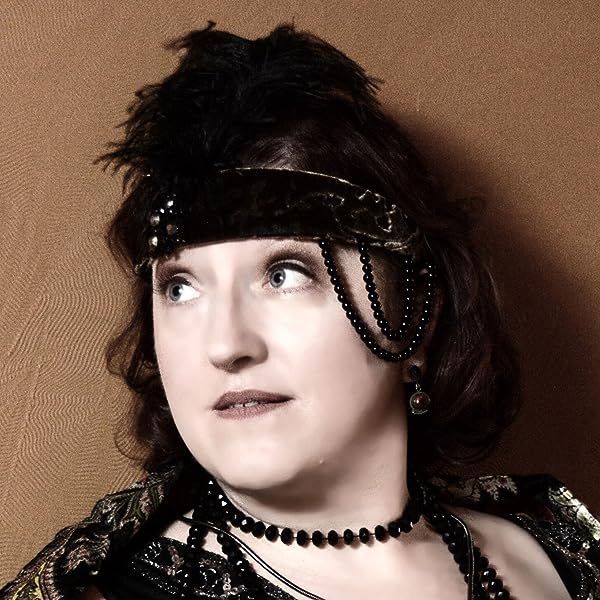 4.4 out of 5 stars
4.4 out of 5
165 global ratings
How are ratings calculated?
To calculate the overall star rating and percentage breakdown by star, we don’t use a simple average. Instead, our system considers things like how recent a review is and if the reviewer bought the item on Amazon. It also analyses reviews to verify trustworthiness.

Amazon Customer
2.0 out of 5 stars Standard run of the mill, basic coming of age witch story.
Reviewed in Australia on 3 October 2019
Verified Purchase
This is an ok read, which I would give a 2.5 if possible.
Its all very standard, girl doesn't know she has powers, has a rough week and goes back to the place she grew up to find out she is actually a witch, etc etc etc.
Tamsyn the main character isn't a particularly strong character and I struggled to really engage with her. Which I think is more to do with the simplistic story/ writting style then the actual character herself.
I found the story and characters pretty predictable but all in all it was a average quick read.
Its a good book for someone who just wants a quick no thinking read while on holidays.
I doubt if I will continue the series but will keep in in my kindle in case I feel the urge.

norma
5.0 out of 5 stars Spirits Pies and Alibis
Reviewed in Australia on 30 November 2019
Verified Purchase
Great story especially when. You find out the person doesn’t know that they are a witch and the many mishaps that happen making the story flow. The author must try to put them self into the story that they’re wishing to tell and it shines through.
Read more
Helpful
Report abuse

Michele-Marie
3.0 out of 5 stars Novice witch
Reviewed in Australia on 17 October 2019
Verified Purchase
Never read this genre before and found it to be better than I thought it might be.
I am happy to read more.
Read more
Helpful
Report abuse
See all reviews

Mrs. Bruce
3.0 out of 5 stars ok for teenagers
Reviewed in the United Kingdom on 13 July 2021
Verified Purchase
Tamsyn was 28 but she and her 2 friends acted more like 16 year olds, especially whenever Tamsyn
met up with the "hunky" doctor Noah. Hence this book might be better for teenagers.
It took till over 30% of the book for Tamsyn to finally realize she actually was a witch though she
didn't know what her particular talent was.
The book was rather repetitive about baking pies and about the cat, Gus, playing up and I would have
liked to see more about the ghost of the murdered man. Tamsyn just seemed to freak out whenever
he or his familiar raven appeared. And why didn't she confide in her aunt who was an established witch?
The reveal of the murderer was very simplistic as well and not dramatic at all.

It was an o.k. read with no sex or swearing but I won't be reading any more in the series.
Read more
Report abuse

Fiona P
4.0 out of 5 stars Lots to like
Reviewed in the United Kingdom on 28 February 2021
Verified Purchase
Tamsyn gets fired and dumped on the same day as she receives a letter from her aunt offering her a chance to work at her inn. The storyline so far is predictable as she finds out she is a witch - supposedly a kitchen witch, but she can't cook and many disasters follow as she tries to learn. The characters are engaging although there are times when Tamsyn is so irritating you want to slap her! She has a good heart though and instant friendships in the coven they form. Tamsyn is underwhelmed at all she has to learn and tries to muddle through on instinct, she also tries to hide that she can talk to the resident ghost and her sometimes real and sometimes ghostly cat. The story was entertaining enough that I went straight on to read the rest of the series.
Read more
Report abuse

Harriet Steel author of the Inspector de Silva Mysteries
4.0 out of 5 stars Very entertaining
Reviewed in the United Kingdom on 17 January 2020
Verified Purchase
This is the first book by this author that I’ve read and the first cozy mystery featuring witches, so I wasn’t sure what expect. I’m glad to say that after a rather slow, predictable start, I found it very entertaining. The plot was well thought through and sufficiently intricate to hold my interest, and I was engaged by the characters. There’s plenty of opportunity for their stories to develop. I enjoyed all the witchy lore the author weaves in and the touches of humour. Can I have the recipe for the house cleaning spell, please? Recommended if you want an entertaining, reasonably light read.
Read more
Report abuse

Lynn Morrison, author
5.0 out of 5 stars Fun read
Reviewed in the United Kingdom on 24 May 2021
Verified Purchase
I love a good witch cozy and this one hit all the marks. Tamsyn and Noah provided a nice romance subplot. Looking forward to reading the next book in the series.
Read more
Report abuse

L&S Platownslia
5.0 out of 5 stars Tamsyn's witchy beginnings
Reviewed in Italy on 3 June 2021
Verified Purchase
I started this series by reading book 5, so jumping back to book 1 was a lot of fun. I thoroughly enjoyed seeing Tamsyn figure out her place in the witching world of Pinecroft and Summerhaven. The story is funny, clever, and a great read.
Read more
Report abuse
See all reviews
Back to top
Get to Know Us
Make Money with Us
Let Us Help You
And don't forget:
© 1996-2021, Amazon.com, Inc. or its affiliates