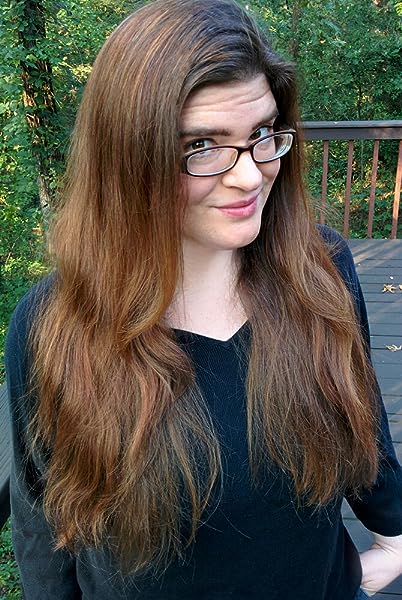 Rachel Aaron lives a lovely, nerdy, bookish life in Athens, Georgia, with her four-year-old son, loving husband, and obese wiener dog. She also writes science fiction under the name Rachel Bach, including the Paradox trilogy. Visit her at rachelaaron.net.

Luke Daniels has narrated over 250 audiobooks, has been the grateful recipient of thirteen AudioFile Earphones Awards, and has earned three Audie nominations. His background is in classical theater and film. Luke has performed at repertory theaters around the country, but now he resides in the Midwest with his pack.

M. C. Symonds
5.0 out of 5 stars Simply Brilliant!
Reviewed in the United Kingdom on 25 June 2012
Verified Purchase
Eli is back! After what feels like a far too long a break, Eli, Josef and Nico are back, but before they can think up a new heist Josef's bounty is raised - to more than Eli's! Eli won't let this stand but first they have to return to Josef's home in order to confront his past. Meanwhile Miranda is learning some deep secrets at Shaper Mountain, and somewhere across the seas the Immortal Empress is stirring...

I really enjoyed the slow way in which each of their pasts and motivations has been revealed over the course of this series - answering questions but also raising more. This time Josef is the focus as we discover why he wants to become the world's greatest swordsman and what drove to leave behind his family - and has called him home again. The Shepherdess is also more prominent as we learn a lot more about her and how the spirit world works. While Eli is as charming as usual there isn't as much as before for him to put his charm to good use, as this time he and his friends are not skulking in the shadows but have themselves embroiled in politics at a global scale. Some of the light-heartedness has gone in exchange for full on war with the stakes much higher than ever before.

The writing is involving and drags you along - I really couldn't stop reading at times. I loved the action and the story. I loved Miranda's principals even as I rallied against them. I finally felt she caught up with the rest of us here as to what was going on with Eli and the spirit world. Plus Gin was a great protector as ever.

This is very fast moving with many more characters than ever before - which really rounds out the world. Even the bad guys are given time to explore their motivations. There are a lot of shades of grey - which if your hero is the greatest thief in the world is expected! A truly exciting read, with so many elements adding to a breath-taking finale. And my, what an ending! Yes, it's a cliff-hanger! I want to read Spirit's End now! But I have to wait to until November...*sob*

This is fantasy with a intriguing magic system, compelling characters, fast action and an element of fun. Just what I love!
Read more
One person found this helpful
Report abuse

Matthew J Armitage
5.0 out of 5 stars Fantastically enjoyable
Reviewed in the United Kingdom on 18 June 2012
Verified Purchase
If, like me, you have been awaiting the fourth Eli Monpress book and haven't purchased it yet, then do so right now because you are in for a treat. Rachel Aaron picks up right where The Spirit Eater left off with questions answered, questions raised, a gripping plot, fantastic action sequences and an ending that will have you going "NO" as you realize that you have to wait a few more months for the next book Spirit's End.

If you haven't read any Eli Monpress before then you are in for a treat. Go and buy The Legend of Eli Monpress containing the first three books of the series if you love action, character development and a lovable lead. Rachel Aaron is an author who deserves a lot more recognition. I have bought these books as gifts for friends and family and will continue to do so to help spread the word.
Read more
One person found this helpful
Report abuse

Judith Jordan
5.0 out of 5 stars Gripping.
Reviewed in Canada on 23 September 2016
Verified Purchase
I'm only saying I lost a days work staying up late reading this.
So read that he damn thing for yourself.
Read more
Report abuse

Julie
5.0 out of 5 stars Another fabulous book from Rachel Aaron
Reviewed in Canada on 7 May 2016
Verified Purchase
Fabulous plot, amazing characters...what's not to like? Definite recommend.
Read more
Report abuse