Spirit Walker: (Book One of Serpent Catch series) and over 1.5 million other books are available for Amazon Kindle . Learn more
Share <Embed> 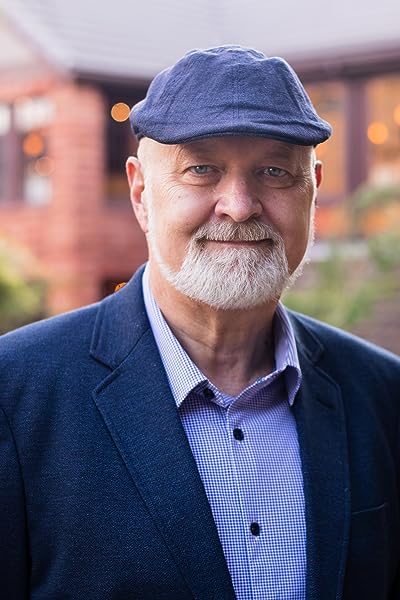 Get 90 days FREE of Amazon Music Unlimited
with the purchase of any eligible product. Shop now
click to open popover
Start reading Spirit Walker: (Book One of Serpent Catch series) on your Kindle in under a minute.

David Farland is an award-winning, international best-selling author with over 50 novels in print. He has won the Philip K. Dick Memorial Special Award for "Best Novel in the English Language" for his science fiction novel On My Way to Paradise, the Whitney Award for "Best Novel of the Year" for his historical novel In the Company of Angels, and he has won over seven awards-including the International Book Award and the Hollywood Book Festival, Grand Prize-for his fantasy thriller Nightingale. He is best known, however, for his New York Times best-selling fantasy series The Runelords, which will soon be made into a graphic novel and, likely, a movie. Farland has written for major franchises such as Star Wars and The Mummy. In the video game industry, he has been both a designer and a scripter and was the co-leader on the design team for StarCraft: Brood War. As a writing instructor, Farland has mentored dozens who have gone on to staggering literary success, including such #1 New York Times Bestsellers as Brandon Mull (Fablehaven), Brandon Sanderson (Wheel of Time), James Dashner (The Maze Runner) and Stephenie Meyer (Twilight). Farland judges L. Ron Hubbard's Writers of the Future, perhaps the largest worldwide writing competition for new fantasy and science fiction authors. He has worked in Hollywood greenlighting movies and doctoring scripts. He set the Guinness World Record for the largest single-author, single-book signing. David Farland has been hailed as "The wizard of storytelling" and his work has been called "compelling," "engrossing," "powerful," "profound," and "ultimately life-changing."

3.4 out of 5 stars
3.4 out of 5
3 global ratings
How are ratings calculated?
To calculate the overall star rating and percentage breakdown by star, we don’t use a simple average. Instead, our system considers things like how recent a review is and if the reviewer bought the item on Amazon. It also analyses reviews to verify trustworthiness.

Lelia Rose Foreman
5.0 out of 5 stars Exciting
Reviewed in the United States on 24 June 2016
Verified Purchase
An exciting story set on an intriguing world with fascinating characters.
Read more
One person found this helpful
Report abuse

J. Abram Barneck
5.0 out of 5 stars This world felt so real
Reviewed in the United States on 19 July 2014
Verified Purchase
Dave created a world and this world drips from every sentence. The world creation feels so real, more so than most other stories that I've read.
Read more
2 people found this helpful
Report abuse

Andrew
1.0 out of 5 stars Boring
Reviewed in the United States on 20 April 2016
Verified Purchase
It was really boring
Read more
Report abuse
See all reviews
Get FREE delivery with Amazon Prime
Prime members enjoy FREE Delivery and exclusive access to movies, TV shows, music, Kindle e-books, Twitch Prime, and more.
> Get Started
Back to top
Get to Know Us
Make Money with Us
Let Us Help You
And don't forget:
© 1996-2020, Amazon.com, Inc. or its affiliates