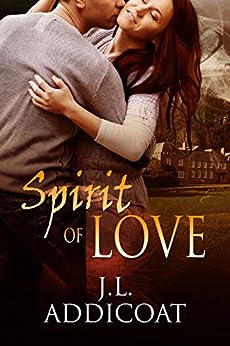 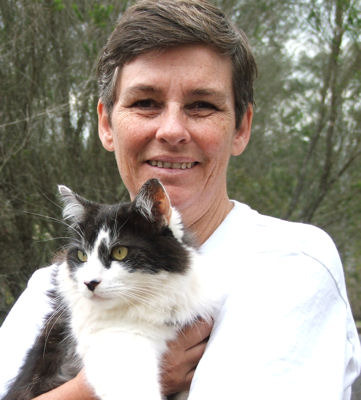 4.9 out of 5 stars
4.9 out of 5
7 global ratings
How are ratings calculated?
To calculate the overall star rating and percentage breakdown by star, we don’t use a simple average. Instead, our system considers things like how recent a review is and if the reviewer bought the item on Amazon. It also analyses reviews to verify trustworthiness.

Danni L
5.0 out of 5 stars Enduring spirit
Reviewed in Australia on 21 September 2014
Verified Purchase
Widowed Julia comes to a 17th century manor with the intention of restoring the lodgings to their former glory, as had been her husband’s dream before he died. Although she’s sure she spied someone from the corner of her eye upon entering the house, she thinks she’s alone until voices sound behind her. She then meets an older couple who have been servants of the household since their youth. Before retiring for the night, Julia discovers a diary belonging to the wife of the man who built the manor. In its pages, she learns the woman placed a curse upon the manor and all its inhabitants so that no one who dies there can leave. Their spirits are bound to the manor along with the ghost of the evil husband who tortured his young wife to death. That night, Julia’s husband, Richard, comes to her in a dream and confirms the curse begging Julia never to leave the manor at night for that is when the old Lord is at his strongest. Despite this warning, Julia finds herself falling in love with the manor, the older couple who seem very happy to help her and especially the young man who has come to restore the gardens to their former glory. But all is not as it seems.

This tale begins in such a gentle manner, but surprises are in store and if you like a bit of sauciness in your stories then you will not be disappointed. When reading this story, I felt as though I was exploring a regal old building too. Secret passages, hidden rooms, nothing was omitted from the story. It had a timeless quality about it. The imagery was beautiful as was the ending. A most enjoyable read.

Bunny
5.0 out of 5 stars totally loved it
Reviewed in Australia on 20 July 2014
Verified Purchase
the best read I have had in ages, kept me glued to my kindle to the end! Good on you Jenny Mwwaaah
Read more
Helpful
Report abuse

Shell
4.0 out of 5 stars Great second chance story
Reviewed in Australia on 25 November 2016
The Spirit of Love is a love story set in Cornwall. Filled with interesting characters and vivid descriptions, the setting becomes a character and mirrors the heroine’s personal journey. Julia arrives full of grief for her dead husband and tackles the renovation of an old manor and its sprawling estate that has been neglected for years. As Julia opens herself up to love again, the manor is brought back to splendour. Ghosts, a brave cat, and faithful servants aid Julia as she fights not only for her own happiness but for everyone linked to the estate. Beautifully written, this tale of second chances is a great book to curl up with.
Read more
Helpful
Report abuse
See all reviews

Gwessie Tee
5.0 out of 5 stars Beautiful Read
Reviewed in the United Kingdom on 30 June 2017
Verified Purchase
Naughtiness 4*
Very much loved this book and even before being half way through was already recommending it to others to read, this is the first of many books by this lovely lady no doubt that I will be reading and loving.

As always I never give spoilers as it would be unfair to the author and potential readers, I will say read the blurb written, there is romance and much much more, I have wept, laughed, gasped, shouted all purely because I was enthralled so much and was very much able to be more of a bystander seeing the story progress than just reading it.
I very highly recommend this book to all who love romance with alot of extra adventures woven throughout, thank you 💜 Jenny for writing it xxxxxxxx
Read more
Report abuse

Rosemary rosiebear Pfeiffer
5.0 out of 5 stars not scary but wonderful ghost story
Reviewed in the United States on 12 August 2017
Verified Purchase
this is one of those ghost stories that you will fall in love with. If you have seen and loved the movie "the ghost and Mrs. Muir" then this book is for you. There is an old mansion that is in desperate need of repair, and someone to live there and love it. The characters are so well written. I love how they all mesh together no matter what century they come from...and yes, some are ghosts. That is what makes this book such a good read. You will fall in love with all of the characters as did I..well except maybe "one". the old lord of the manor because he doesn't want anyone living in his house and will stop at nothing to make sure it doesn't happen!
Read more
Report abuse

Georgette Blakeney
5.0 out of 5 stars Some things are Stronger Than Yearning
Reviewed in the United States on 20 July 2014
Verified Purchase
A splendid tale of the neglected Julia, who recaptures lost dreams and lost love, thanks to a promise and a time-weary ancient mansion. Hues of Penny Jordan's "Stronger than Yearning" but rolled into a delicious paranormal read. Beautifully written. Spellbinding. Waiting for more from this author.
Read more
One person found this helpful
Report abuse
See all reviews
Back to top
Get to Know Us
Make Money with Us
Let Us Help You
And don't forget:
© 1996-2021, Amazon.com, Inc. or its affiliates