Spiderlight and over 1.5 million other books are available for Amazon Kindle . Learn more
Share <Embed> 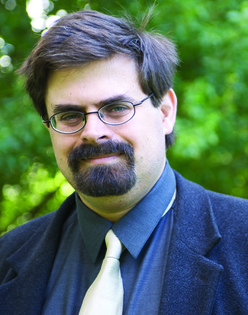 Page 1 of 1 Start overPage 1 of 1
Previous page
Next page
Start reading Spiderlight on your Kindle in under a minute.

Adrian Tchaikovsky is the author of the acclaimed Shadows of the Apt fantasy series and the epic science fiction blockbuster "Children of Time". He has been nominated for the David Gemmell Legend Award and a British Fantasy Society Award. In civilian life he is a lawyer, gamer and amateur entomologist.

4.4 out of 5 stars
4.4 out of 5
184 global ratings
How are ratings calculated?
To calculate the overall star rating and percentage breakdown by star, we don’t use a simple average. Instead, our system considers things like how recent a review is and if the reviewer bought the item on Amazon. It also analyses reviews to verify trustworthiness.

CJF
TOP 500 REVIEWER
4.0 out of 5 stars Refreshing originality
Reviewed in Australia on 3 October 2019
Verified Purchase
While this book starts out a little slow it really grows on you if you persist. The premise is original with a great questioning take typical fantasy morality. It is written with a keen and dry sense of humour ( the ultimate villain is fantastic) and never feels like it’s taking itself too seriously. There is plenty of adventure and we get to experience it through the eyes of a variety of quirky and interesting characters, best defined by their weaknesses as opposed to their strengths. This was a refreshing and well written read.
Read more
Helpful
Report abuse

Sam McDermott
5.0 out of 5 stars Sweeeeeet
Reviewed in Australia on 16 August 2016
Verified Purchase
Really enjoyed the characters and their flaws also the pointing out of human hypocrisy and blindness in the face of righteousness.
Read more
Helpful
Report abuse
See all reviews

sjhigbee
5.0 out of 5 stars Epic fantasy that comes with a spidery twist...
Reviewed in the United Kingdom on 10 August 2016
Verified Purchase
This epic fantasy tale includes so many of the classic fantasy elements – a band of exceptional misfits, led by the chosen one fulfilling an ancient prophesy. There is said chosen one, a mage of great power, a couple of very capable guards – including the obligatory female warrior – and a thief for those sneaky chores that always need doing. Their quest to attempt to overthrow the Dark Lord is eventful and dangerous, including a violent encounter with a nest of huge spiders. And suddenly this classic fantasy lurches sideways and turns into something quite different.

Tchaikovsky once more takes a major genre, grasps it by the scruff of the neck and gives it thorough shaking, as in his excellent science fiction adventure, 'Children of Time'. However, this isn’t merely a parody. The story is too engrossing, the characters and adventure too gripping and genuinely engaging for this to be just used as a vehicle for ironic amusement. But there are some delicious moments that had me chuckling aloud – for instance when Penthos promises himself to magic the brave warrior, Harathes, another week of impotence for snapping at him.

He also thoroughly deconstructs the sexual politics underlying the inclusion of the mandatory female warrior by the inclusion of Cyrene – and her frustration at the way Harathes treats her. In a memorable scene, she rants at Dion that she is sick and tired of being treated as a sexual object by her male counterparts. Her bitter diatribe that she is always judged as a woman first and a warrior second is a scene that will stay with me for a long time. I’ve often thought the notion that fit young women can be given sufficient agency to overcome male dominance by dressing them in leggings and putting a weapon in their hands is far too simplistic a fix for the very complex dynamic that keeps women as second-class citizens around the world. Tchaikovsky rips away any fond illusions fantasy fans might have that bunging a handful of attractive sword-waving young women into the middle of an adventure successfully evens up the gender power imbalance.

But the book is transformed by the inclusion on this quest by the object the group brings away from the Spider Queen. We see the group reflected through an entirely alien, terrified viewpoint, which shifts the dynamic and provides a different, far less cosy viewpoint on our group of brave heroes. I am fond of spiders and thoroughly sympathised with the poor thing – but Himself admitted he also felt repulsed as he has an instinctive dislike of all things spidery. I’m guessing he won’t be the only one experiencing that uncomfortable mix of reactions to Nth’s plight. As a creature of the Dark, he is regarded by the righteous in the group as an abomination and it is interesting that the morally compromised Lief is the one to show Nth most empathy and compassion.

I’m conscious that discussing some of the underlying issues makes this book sound drearily earnest – and it’s nothing of the sort. It’s a rollicking adventure, full of incident and gory encounters to gladden the heart of any epic fantasy fan – and the climax with the Dark Lord will stay in my memory for a very long time.

If you enjoy this genre at any level, then I thoroughly recommend Spiderlight – it’s one of my outstanding novels of 2016 in a year marked by the general excellence of the books I’ve had the pleasure to read.

the dilettante
5.0 out of 5 stars What a great read. I came to this straight after Children ...
Reviewed in the United Kingdom on 31 August 2017
Verified Purchase
What a great read. I came to this straight after Children of Time - hard SF with detailed world-building. The contrast with this fantasy romp was almost jarring. But the author appears able to accomplish both genres equally well. In part it's due to his skill in character development, too often lacking in both types of fiction. But it's also because of his ability to use character, however lightly drawn, to drive realistic (within the confines of a very unrealistic genre, admittedly) story progression.
This is a short book, a standard quest trope with the usual smorgasbord of iffy characters brought together by a shared need. As such it could have been supremely predictable and ultimately forgettable. But it's neither, except as regards settings and genre trappings. The most self-righteous characters are undermined by doubt, and no-one is quite what they appear. It makes for unpredictability where there is usually no scope at all.
And any book that can make me sympathise with an arachnid of any stripe is worth my admiration. Read it!
Read more
5 people found this helpful
Report abuse

J. Kelly
4.0 out of 5 stars A great adventure
Reviewed in the United Kingdom on 3 August 2018
Verified Purchase
You'll get the most enjoyment out of Spiderlight if you're familiar with games like Dungeons & Dragons. That's how it felt to me, anyway. It felt like Tchaikovsky took a lot of inspiration from the basic premises of those kinds of games, with the monsters and the character classes, and then expanded them out into a fantasy novel.

That being said, you certainly don't need to be a D&D master to enjoy the book. I've only a passing acquaintance with those games and I loved it. I especially liked the character of Nth. Tchaikovsky did a fantastic job of exploring the journey from member of a spider horde to a fully developed character.

It's a bit of a cliche to suggest you'd recommend a book to everyone. But, in this case, I honestly think I can recommend Spiderlight to anyone who likes fantasy.
Read more
One person found this helpful
Report abuse

The main plot itself is nothing overly complex: a group of adventurers of the Light (with their own personal issues) setting out to defeat the lord of the Dark with the aid of a prophecy requiring the guidance of a vicious, intelligent spider leading them through the secret paths of the world. The magician of the party transforms the spider into something they can communicate with, a conflicted being somewhere between human and spider.

The plot is a thrilling pulp adventure, but where Spiderlight *coughcough* really shines is the interactions of the adventurers with the man-spider that allows the author to hold up a magnifying glass to the nature of humanity and allow us to examine it through his alien intellect. A fascinating and fun read.
Read more
Report abuse

nickytwothumbs
5.0 out of 5 stars Most excellent old-school sword and sorcery!
Reviewed in the United Kingdom on 7 August 2016
Verified Purchase
I haven't read a book that kept me this entertained in a very long time! From the point where one of the characters has their orienteering skills described as - "The one time he had tried to lead the fellowship across country, long before the Wood of the Spiders, he had managed to guide them into the same nest of troll-men three times, to the exasperation of all concerned, not least the troll-men, who had grown increasingly jaded about being set on fire and having their limbs hacked off." - I knew I was going to enjoy this book immensely.

The inter-play between the characters was very refreshing for this genre - even if the party was made up of the same old warrior, wizard, ranger, cleric and thief - and some of the conversations made me chuckle quietly to myself and some of them made me laugh out loud (prompting the odd strange look from my wife until I read it to her and made her laugh too!) The character of Enth however brought a great deal of much needed pathos to the story and gave the author a way of looking back at humanity using its own looking glass without cracking it too much.

All in all, I can't recommend this book highly enough. Full of action and just the right amount of comedy...

Five Stars - go and read it now!
Read more
One person found this helpful
Report abuse
See all reviews
Get FREE delivery with Amazon Prime
Prime members enjoy FREE Delivery and exclusive access to movies, TV shows, music, Kindle e-books, Twitch Prime, and more.
> Get Started
Back to top
Get to Know Us
Make Money with Us
Let Us Help You
And don't forget:
© 1996-2020, Amazon.com, Inc. or its affiliates