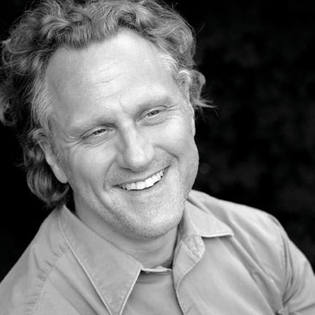 A Spell for the Revolution Mass Market Paperback – 19 May 2009

Noise: The new book from the authors of ‘Thinking, Fast and Slow’ releases on May 19.
If the Amazon.com.au price decreases between your order time and the end of the day of the release date, you'll receive the lowest price. Pre-order now.
click to open popover
Tell the Publisher!
I’d like to read this book on Kindle

C. C. Finlay was born in 1964 in New York City but soon thereafter was banished to rural Ohio. His childhood was divided equally between playing in the woods and reading his way through the fiction shelves of his small towns Carnegie library. Like Jay Gatsby, he studied abroad briefly at the University of Oxford, and it was there, at New College, founded in 1379 around a remnant of the old city wall built by William the Conqueror, that he fell in love with history. He studied literature at Capital University and did graduate work in history at the Ohio State University, where he was a research assistant on two award-winning books about the U.S. Constitution. He started writing fiction after the birth of his first son because he wanted to set an example about chasing ones dreams. He lives in Columbus with his wife, Rae, and two sons, all smart readers, who keep him honest.

Waldron, Spencer
4.0 out of 5 stars The Revolution as it just could have been.
Reviewed in the United States on 12 August 2016
Verified Purchase
The second installment of the 'Traitors to the Crown' series, which is a nice alternate view of the Revolutionary period where there is along side the historical struggle, magical warfare too with witches and magick users. Great fun! I like the series because while the witchcraft aspects appeal to me, the history isn't too bad either. The narration, many of the known characters, and literary pictures of some of the scenes of the Revolution itself are fairly along actual historic fact--only with the added story line of the magickal doings. I really wish however there was a little more skullduggery and clue gathering, perhaps around old taverns or other places iconic to the times. A little more Zeitgeist (spirit of the time) is needed. It is almost like the author was swiftly machinating his characters only to include more historical personages. Another more negative aspect of this series is that the magick used is a little too much 'ray gun gothic' and the same spells are used over and over again usually with little success until the last moment when the exact same spell, only with just a little more effort, seems to do the trick--too simplistic. This is a little unfair to readers who are magick enthusiasts (and most likely to pick up the books) I would think.
Overall, this series is a good departure to the usual historical novel with a fair mixture of fantasy and history--a combination that hooks me every time.
Read more
Report abuse

Tropical Gal
5.0 out of 5 stars Even better than the first one!
Reviewed in the United States on 13 September 2009
Verified Purchase
The Patriot Witch (the precursor to A Spell For the Revolution) had a great concept - a reimagining of the American revolution, but told through the eyes of a young patriot farmer with a talent for witchcraft. The way Finlay handles this concept works well. He uses it as a backdrop that gives cinematic scope to the more personal story of his characters, while limiting known historical figures to appropriate cameos. The other choice Finlay makes which works really well, is to have the characters interpret their witchcraft through Christian scripture. It adds a touch of originality, and integrates the magic into the setting with cultural authenticity.

Finlay has done a lot of research, but does not let this overwhelm his story. It is not necessary to be familiar with American history to read the books, although some familiarity with American geography is helpful, because there is not much guidance on this for the non-American reader.

While I enjoyed the first book, my feeling was that the story and characters were just a vehicle for the concept. Proctor was well drawn, but I found the other characters on the farm a bit sketchy, and I would get confused about who was who.

So I was pleased to find that the second book moved past selling the concept and developed a story and characters that I really engaged with. The farm characters were delineated more clearly, and the action started earlier. Focusing on the growing relationship between Proctor and Deborah drew me more intimately into the world, and I found Bootzamon to be a more interesting villain than the widow - one who ultimately gave the story a more rounded, mythic quality than The Patriot Witch.

A very enjoyable read, and I look forward to the third instalment!
Read more
Report abuse

Reader from Fairport
3.0 out of 5 stars Good Premise for a Story but...
Reviewed in the United States on 15 August 2010
Verified Purchase
Finlay's novels are a creative new way to write about the American Revolution. I love the part the Quakers play in these stories.

But I have been disappointed in the books, due to the constant complaining, whining, depression, and negative feelings I have found in the characters. It all seems to be I can't, I can't, I can't and get out of my life.

Then, somehow, they do succeed. Several times, however, I was tempted to give up reading the books.

I have begun the third book in the series and it's the same thing all over again. Helpless whining.
Read more
2 people found this helpful
Report abuse
See all reviews
Back to top
Get to Know Us
Make Money with Us
Let Us Help You
And don't forget:
© 1996-2021, Amazon.com, Inc. or its affiliates