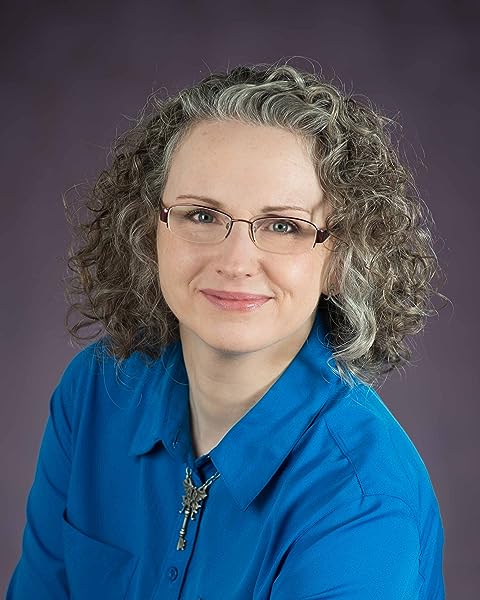 "Knife is just my kind of heroine-strong and independent, with a huge helping of curiosity to get her into trouble, and the bravery and intelligence to get out of trouble again and again." -- Patricia C. Wrede, author of the Enchanted Forest Chronicles

Knife is just my kind of heroine strong and independent, with a huge helping of curiosity to get her into trouble, and the bravery and intelligence to get out of trouble again and again. --Patricia C. Wrede, author of the Enchanted Forest Chronicles

Anderson creates a fascinating world. This compelling story is full of adventure and mystery. --Voice of Youth Advocates (VOYA)

A highly readable, sophisticated tale of romance and self sacrifice. Readers will hope for more from this talented new author. --ALA Booklist

Anderson is a gifted writer with a sure touch for both characterization and plot, and Knife is an absolutely fantastic protagonist fiercely independent and curious. This book is a page turning romp. --Romantic Times

Readers will be racing through the pages right along with Knife to discover the fate of her world and her love. --Bulletin of the Center for Children s Books

R. J. Anderson was born in Uganda, raised in Ontario, schooled in New Jersey, and has spent much of her life dreaming of other worlds entirely. At the age of twelve she borrowed her parents' electric typewriter and began hammering out her first fantasy novel. Now married and a mother of three, Rebecca reads to her children the classic works of fantasy and science fiction that enlivened her own childhood, and she tries to bring a similar sense of humor, adventure, and timeless wonder to her own work. She is also the author of Wayfarer, Arrow, and the teen psychological thriller Ultraviolet.

3.7 out of 5 stars
3.7 out of 5
12 global ratings
How are ratings calculated?
To calculate the overall star rating and percentage breakdown by star, we don’t use a simple average. Instead, our system considers things like how recent a review is and if the reviewer bought the item on Amazon. It also analyses reviews to verify trustworthiness.

hipposofdeath
4.0 out of 5 stars Great quality and super clean
Reviewed in Canada on 21 August 2018
Verified Purchase
Clean and great quality hardcover with the jacket still attached. A couple of small tears on the jacket but for the price paid, very worth it.
Read more
Report abuse

Mary Kate
3.0 out of 5 stars Unusual & Not to My Taste Take on Faeries
Reviewed in the United States on 25 August 2009
Verified Purchase
My rating is 2.5 stars.

*Caution: This review mentions a few plot points that some will consider spoilery.*

Faery Rebels - Spellhunter introduces us to a small group of faeries living in a tree in the human populated countryside. The faeries, all of whom are female, almost never leave their tree, have little to no magic and, in a very unfaerylike manner, seem to have no natural harmony with nature. Long ago, the mysterious "Sundering" took their magic from them. They exist now with little kindness or affection between them and no creativity. They do not know if other faeries still exist in the world and, at first glance, do not appear to be trying to find out.

One of the youngest among them is Bryony, a curious child who grows into a brave young woman and is chosen to be the Queen's hunter. When she is so appointed by Queen Amaryllis, who rules the group, Bryony takes the name Knife.

Just outside the large oak tree that contains this dying colony is a human house where a couple live with their son, Paul. Knife and Paul had a brief near-encounter when they were very young. They have not seen each other since, but shortly after Paul is paralyzed in an accident, they meet up - and officially meet - again. Paul has come home to recuperate - or not. He is bitter, is taking things out on his parents and is not much interested in living.

I was about half way through Faery Rebels - Spellhunter before I began to find it somewhat interesting. Anderson has crafted a rather unique take on faeries and their place in the world. Unfortunately, it turns out her take isn't one I'm much interested in learning more about. I didn't like their depressing existence, their glumness or how they were ruled. Even toward the end when some explanations and how-things-used-to-be's came out along with some revelations about faery/human interaction, I felt disappointed. Faeries give humans their muse - that's one of their primary purposes for existence? Just having someone talk to them about humans and the human world keeps faeries from being taken by the Silence? It was something of a let down - I guess the magic the faeries had before the Sundering wasn't what I'd have wished for. Further, I didn't care enough about Knife and Paul (I really hated Paul's suicide attempt in front of Knife, which struck me as sadistic and made it really, really hard for me to like him) to get past that. Certainly, my interest in their story didn't overcome my other issues enough to make me have any interest in the planned sequel. And I feel kind of sad just saying that.

While I simply didn't care for this tale, I extend kudos to Anderson for originality. Her writing style shows promise and I am likely to check out future unrelated books from her.

Faery Rebels has lovely cover art by talented fantasy artist Melanie Delon - whose work I've admired for years - and has back cover recommendations by a number of popular authors including Melissa Marr and Patricia Wrede.
Read more
4 people found this helpful
Report abuse

Dierdra McGill
3.0 out of 5 stars Nice fairy story
Reviewed in the United States on 18 January 2012
Verified Purchase
I love the cover to this book, it is just so pretty! It was the reason I picked this book up to start with.
The story was about a young fairy Bryony AKA: Knife who is trying to figure out why her people have been silenced after having a diary of another fairy delivered to her. I can see why a lot of people loved this book and the story was a good story, the plot was not bad and the story flowed along nicely. I did like the second half of the book better then the first and some of it was a little predictable.
For me anyway the book was not great or amazing but it was not bad, I will probably at some point pick up the second book but I doubt I will "run out" and do it anytime soon. The ending was enough for me to be satisfied and to be honest I was not overly thrilled about the authors take on fairy's in some areas like the whole egg thing and no male fairies, *spoiler* and having to mate with human men was a bit to much for me.
I would not say anyone should not read this book but I would not recommend it to anyone either.
Read more
Report abuse

Saundra Mitchell
5.0 out of 5 stars Buy This Book!
Reviewed in the United States on 28 April 2009
Verified Purchase
I had this book for just one day and I had devoured all of it by dawn. This book of a faery's independence and discovery is unlike other recent faery novels. There is such a full and sweeping scope to this universe; it's instantly real and complete- it's amazing- the frame of reference settled firmly in the faery's world, not the human one.

When Knife breaks all the rules to reach out to the human Paul, the very fate of her world hangs in the balance. Knife is beautifully drawn, and Paul a classic, almost Byronic kind of hero. I only wish I could have kept my review copy longer so I could read it to my daughter. It feels like a classic already; it's just beautiful.

Seriously beautiful, and I am so glad to have read it.
Read more
2 people found this helpful
Report abuse

Sal
5.0 out of 5 stars Loved this one
Reviewed in the United States on 26 November 2011
Verified Purchase
I am not a faery lover. I had no desire to read a faery book when I started this one. I was supposed to review it for a blog tour. I'm so happy I finally read this one. I loved Knife. A small heroine with a strong will and a desire to right wrongs and to find out things for herself.

What I loved most was the way the relationship grew between Knife and Paul and the way the characters needed each other and grew. I loved the messages in this book and the pictures of sacrificial love.

Beyond all that I loved the oak tree. I wish they'd make this one into a movie. Great story.
Read more
One person found this helpful
Report abuse
See all reviews
Get FREE delivery with Amazon Prime
Prime members enjoy FREE Delivery and exclusive access to movies, TV shows, music, Kindle e-books, Twitch Prime, and more.
> Get Started
Back to top
Get to Know Us
Make Money with Us
Let Us Help You
And don't forget:
© 1996-2020, Amazon.com, Inc. or its affiliates