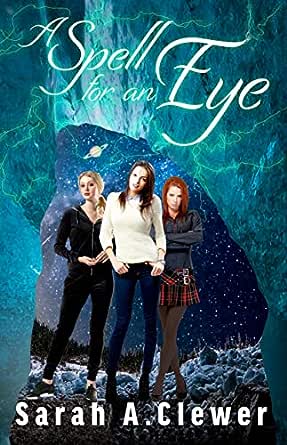 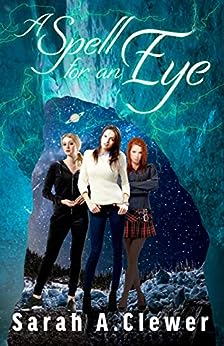 A Spell for an Eye Kindle Edition

If you were fated to become a ‘Saviour’ to a planet and chosen by a meteor programmed to find help, what would you do?

At only four years old, Celeste Teal and her best friend, Miranda, were struck by a meteor. Both girls developed mysterious powers after the accident, with Celeste gaining ice powers, and Miranda the ability to control water. Five years later, Celeste’s parents die and she is torn away from Miranda and forced to attend a strict boarding school in Antarctica. Over the years, her powers advance, and she is eventually reunited with Miranda. They both soon discover a third victim of the meteor strike – Vanessa, a girl with the ability to wield fire.

After an attack with an old enemy in the caves of Antarctica, the trio discover an ancient written legend composed and kept in the archives of six planets within the solar system. As well as attempting to learn their place in the legend, they must gain each other’s trust in order to combine their powers to defeat foes and win over the evil that has taken Antarctica and threatens the world.

During this journey, Celeste meets a mysterious admirer who appears to know everything about her, including her parents’ deaths. Is he a friend, or is he after something? And why does he always disappear before Celeste can talk to him?
click to open popover