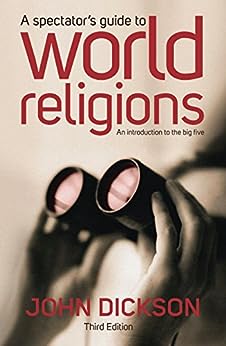 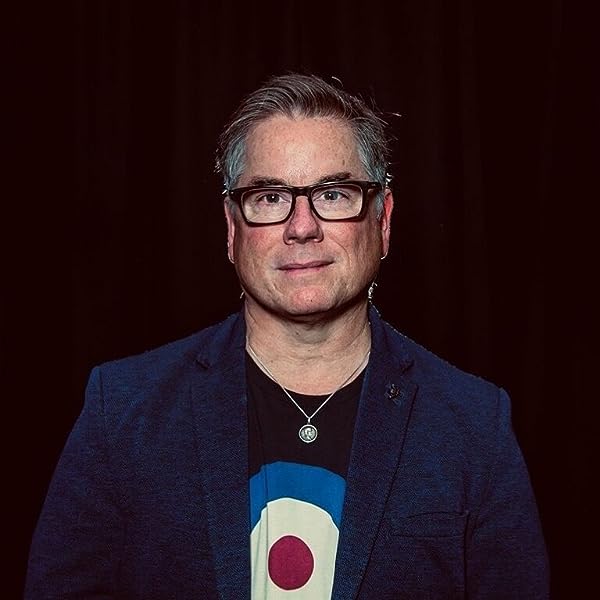 A Spectator's Guide to World Religions: An introduction to the big five Kindle Edition

"This is a wonderful book and is highly recommended." "Publishers Weekly"" --This text refers to an alternate kindle_edition edition.

John Dickson i s an historian, musician and bestselling author. He is an Honorary Associate in the Department of Ancient History, Macquarie University (Sydney) where he also teaches a course on world religions. He lives in Sydney with his family and spends his time researching, writing and speaking about life's big questions. --This text refers to an alternate kindle_edition edition.

Tubo Mengmeng
3.0 out of 5 stars OK to good - not enough theology though worth a re-read for a re-cap later down the line
Reviewed in the United Kingdom on 18 December 2020
Verified Purchase
This books seems to do pretty well in describing the 'big 5' as far as I can tell. Being a westerner (bought up Christian) I know more about Christianity and by extension a little bit of Judaism and Islam and less about the other two explored, Hinduism and Buddhism. I've tried to explore these also a little over the years through the internet but thought it best time to try and sit down and read an actual book. I'd previously read the much smaller IVP Pocket Guide to world religons and, once I've got through a few of Keith Ward's books (a Christian philosopher with a liberal slant when it comes to approaching other religions) I intend to take on the more-tome like Neighbouring Faiths (written by the Pocket Guide author) for a round trip of understanding these all as best I can.

The book seems to provide a structured way through the specific essentials of each religion. The order in which things are explained is to my mind a little odd however - it typically begins with a history/story of the development of the religion, and only then goes into the practices, beliefs and, sometimes but doctrine of the religion. I did notice in the first part on hinduism however that it would have been much more effective/helpful in communicating where Hinduism comes from/ties together by establishing their foundational metaphysics first - it was quite a way in (relatively speaking, as the book, and so the chapters, are short) before there was any mention of Brahman (the ultimate reality from the Hindu's perspective) and things might have been clearer/more quickly understood had this been established first.

This wasn't noticed as an issue for the Buddhism chapters because, as Dickson points out, contrary to how Westerners apparently like to perceive and present it (I say apparently because I don't know if this is the case or not be honest) Buddhism is a very practical prescription for a way of life that isn't just (a theologically apathetic) philosophy. Being the two streams of world religion I'm less familiar with though, the chapters covering these two were the sections I found most helpful and enlightening (pun not intended) in the book.

Then we come to the 3 abrahamic faiths. Judaism first - and the thing that I thought odd about Dickson's account is the total omission of any reference to the inherent goodness of creation according to the genesis account, the fall and sin - 'sin' is mentioned subsequently in passing and so without any elaboration or clarification as to what sin actually is. Granted, most of us are likely to have some sense of what this is as western readers, but it's such a foundational concept, and given the eastern religions discussed in the previous chapters have absolutely no equivalent concept, you'd think this would be essential to include and define explicitly to adequately communicate the foundational concept's of the abrahamic faiths.

Similarly, God from the Jewish perspective is barely explored - despite being the literal centre of all the abrahamic faiths. Again I don't know if this is just because Dickson assumes all the western readers will already have a good-enough understanding of what they think the abrahamic/Judaic God might be - but it really needs to be pinned down - I don't recall any theology in the book on these three faiths outside of a paragraph in explaining the trinity in the Christian section (and that's only in the context of the Father and Son, the Spirit is kind of glossed over).

Then it comes to Christianity, which starts off on an odd footing. Dickson up to this point, and again after this point, keeps on saying how he wants to present each of the faiths as they would be presented by the faithful of those traditions - and not as what an outside might rather prefer to present them as. Ok fine. Why then start off the chapter on christianity with an (again, relatively speaking) extensive review of what historical sources outside of the bible say about jesus? This wasn't done for any of the other faiths and, in the context that Dickson has explicitly said he's not out to convert anyone, just seems odd. It's like he's just left this in there in the front of the christianity section to prove to skeptics that jesus ministry and death was a real historical occurrence (and is trying to convert by covert, contrary to his claim he's not). Ok it's not exactly proselytising but given he doesn't take this approach with any of the other faiths, it just jumps out as odd and misplaced, and could have easily been covered in a sentence or two elsewhere in a more appropriately located section.

The sections on Islam and Christianity obviously build on what was already divulged in the chapters on Judaism. In the context of christianity then, given the fall has been omitted, sin left undefined and only referred to in passing and the nature of God not established, I felt like it was only providing half the picture. There's even less on the nature of God the Islam chapters (beyond Islam reverting back to true 'monotheism' in contrast to Christianity's trinitarianism), so didn't learn anything much beyond what I already knew of the basics on Islam here (indeed Dickson seemed to concede that, apparently, Muslim's are less bothered about philosophising on the nature of God and are more concerned with submitting to his will, so there's not much to say, which if that's the case fair enough but I would have thought there was at least some semblance of his nature and character that could have been communicated to the reader, even if only in contrast to Christianity for e.g. that Allah is not seen as a father in Islam). There is one point in one of the Islam Chapters in which Dickson, in some sort of contrast to Islam (I forget the specifics) describes that 'faith' is apparently a 'core concept' in Christianity - ok - well no mention of this apparent core concept was mentioned in the chapters on Christianity but if it's a core concept it clearly should have been!

This is a critical review, and the book otherwise does actually provide some useful, readable and digestable information on practices, beliefs and historical development of the five faiths covered. For this it can be commended and it will remain on my shelf to be referred back to/re-read as a debrief once I've come back from more extensive reading. The last part of the book had a nice little surprise chapter on pluralism and it's issues which wasn't expected and was glad to see it tackled given it's something that had preoccupied my mind a little at times. I've another more complex book to read looking at that which will be one of the last of all these religion books to get through on this whirl wind tour!

All said, I would still recommend Dickson's book for those curious about world religions, just know that you might not be getting quite the full picture and might need to refer to another book (or however many) in tandem should that be what you're after.

scott.anderson
4.0 out of 5 stars A book that many need to read
Reviewed in Canada on 25 June 2020
Verified Purchase
Dickson’s offering is not just a readable introduction to the Big Five, but a brilliant invitation to discover the points of departure of these five world-shaping religions.
Read more
Report abuse
See all reviews
Back to top
Get to Know Us
Make Money with Us
Let Us Help You
And don't forget:
© 1996-2021, Amazon.com, Inc. or its affiliates