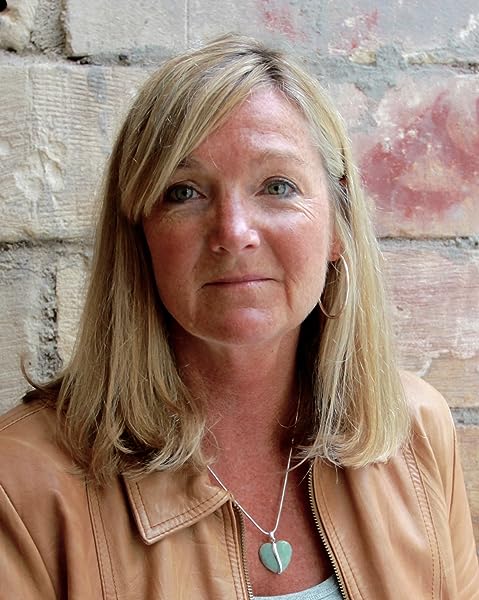 by C J Carver (Author), Andrew Wincott (Reader)
4.4 out of 5 stars 49 ratings
See all formats and editions
Sorry, there was a problem loading this page. Try again.

Dan Forrester, piecing his life back together after the tragic death of his son, is approached in a supermarket by a woman who tells him everything he remembers about his life - and his son - is a lie.

Grace Reavey, stricken by grief, is accosted at her mother's funeral. The threat is simple: pay the staggering sum her mother allegedly owed, or lose everything.

Lucy Davies has been forced from the Met by her own maverick behaviour. Desperate to prove herself in her new rural post, she's on the hunt for a killer - but this is no small town criminal.

Plunged into a conspiracy that will test each of them to their limits, these three strangers are brought together in their hunt for the truth, whatever it costs. And as their respective investigations become further and further entwined, it becomes clear that at the centre of this tangled web is a threat more explosive than any of them could have imagined. Spare Me The Truth is the gripping new thriller by the multi-awarding winning C.J. Carver.

Save on select Books
Discover deals on fiction, non-fiction, children's books and more Shop now
Start reading Spare Me the Truth on your Kindle in under a minute.

Wide Eyes, Big Ears!
TOP 500 REVIEWER
4.0 out of 5 stars Intrigue / spies / murder - what’s not to like!
Reviewed in Australia on 11 September 2020
I quite like mystery / action / thrillers where there are lots of moving parts and it takes a long time to piece things together, especially if there’s an ensemble cast - that’s certainly the case here. Dan, faced with the trauma of his young son’s death, has amnesia, but glimpses of his tantalising past are catching up with him. Grace is confused because her mother does not appear to be who she claims. Police constable, Lucy, does not toady to her superiors and has been transferred out of London. The three will join forces to solve a string of gruesome attacks / murders. I found Dan a bit wishy-washy, but Lucy was brave and effective. Since the series revolves around him, maybe he’ll prove himself more in later books. Interesting links kept me intrigued and wanting to know more. 🎧 I took a little time to warm to Andrew Wincott’s precise English tones, but grew to really enjoy his performance style.
Read more
Helpful
Report abuse

Veronica
TOP 1000 REVIEWER
5.0 out of 5 stars A gripping thriller
Reviewed in Australia on 18 August 2016
”Sorrow and shame. Betrayal and perfidy. Hope and redemption. Liberation, compassion.”

The novel follows these characters through different storylines.
Dan is a driver trainer of high performance vehicles. He is suffering from amnesia following the death of his son but a chance encounter with a woman in a supermarket has planted a seed of doubt in his mind concerning his life as he knows it and now he is determined to find out who he really is.
Police Officer Lucy Davies is investigating the disappearance of Bella But when she links this to some murder victims Lucy is desperate to solve this case before more people are murdered.
The sudden death of Stella Reavey leaves her daughter, Grace, threatened by a standover man.

Who can you trust? Who is lying? Who is your friend?

Each character’s lives are interwoven within the storyline eventually coming together in a heart stopping climax.

I liked that Carver’s female characters are resilient, courageous and intelligent.

C. J. Carver’s writing is thought provoking and well researched. The plot lines are plausible and the tension is real.

A gripping thriller with an intricate plot of secrets, lies, deceit and murder. Not for the faint-hearted!

With my thanks to the publisher for my copy to read and review.
Read more
Helpful
Report abuse

Deborah Cook (@ Debbish dot com)
4.0 out of 5 stars A complex thriller: two disparate plots which come together with a bang
Reviewed in Australia on 4 June 2016
Carver offers up a couple of different threads in this latest novel. Both plots were of interest and – could possibly – have held up as standalone novels.

One centred around Dan – his history and the loss of his memory, which he pursues with the help of Grace (the daughter of the woman who approaches him about his ‘secret’ past). And Dan soon learns he was indeed possibly more than a civil servant in his old life as he finds himself helping Grace uncover her mother's secrets.

And then there’s Lucy who’s working on a spate of murders and trying to piece together the victims’ commonalities.

The plots eventually intersect through Grace and it seems there's a connection between the the oddly disparate cases.

I very much liked Dan and enjoyed the time I spent with him, trying to uncover his past. I also really liked Lucy who’s been kicked out of the Metropolitan Police. She a loner who doesn’t play well with others.

I read this in a sitting, as eager as Dan to uncover his secrets.

Chris C
5.0 out of 5 stars Satisfying Complexity
Reviewed in the United Kingdom on 4 May 2016
Verified Purchase
If there’s one thing I enjoy more than discovering new authors it’s rediscovering a long standing favourite. I don’t know why I lost track of C J Carver’s books, but I’m very glad to have caught up again.
And what a welcome back Spare Me The Truth proves to be. The novel is difficult to categorise. Spy story, police procedural, psychological thriller – it’s all three and more. Perhaps a less rigid label such as Grip-Lit or even Grit-Lit would make a better fit! It’s certainly a gripping page turner with plenty of gritty action.
Whatever you choose to call it, one thing is certain: it’s a rattling good story with enough twist and turns to keep any crime fan’s brow knitted. But the satisfying complexity of the plot is only one of the pleasures C J Carver offers her readers. It’s the characterisation that really scores for me.
We follow three main characters. Dan Forrester who lost a chunk of memory after the accidental death of his three year old son. Grace, a GP, desperate to locate a huge sum of money her dead mother apparently owed to some very dangerous people. And last but certainly not least there is young PC Lucy Davies determined to stop a brutal serial killer, but struggling with her own dark secrets.
All three find themselves caught in a web of deception as their lives collide in dramatic fashion. But what I love is that each one convinces as a real person struggling to understand the dark web of deception they’ve become trapped in.
I gather this will be a series and I will eagerly await the next book. If you are new to C J Carver however you have a treat in store as there is a whole back catalogue to explore.
Read more
One person found this helpful
Report abuse

Peliroja
5.0 out of 5 stars Four and a half stars
Reviewed in the United Kingdom on 12 April 2018
Verified Purchase
CJ Carver is a new author to me and a great find. This is exactly the sort of book I love. Three threads - Dan Forrester, an amnesiac with a secret past that no one seems to want him to know about; Lucy Davis, a disgraced police officer, banished to the frozen north; and Grace Reavey, a doctor who suddenly finds herself embroiled in espionage. The three threads of the story collide explosively and make for a good, fast read.

Whilst there are many of the stock elements of this genre I think they are well done and, unusually for me lately, I liked all of the main characters (though Lucy took me a while to warm to, by the end I loved her.) And because I could empathise with the characters the book wasn't annoying when the chapters changed from one setting to the next as it made me want to read on more.

A couple of tiny niggles - the editing/proof-reading could be better (for example, someone was spoken of as if they were dead when they weren't) and Ms Carver has an unusual turn of phrase at times and can be a little repetitive in her choice of adjectives. However, these were minor and I've already ordered the next book in the series. If you like character driven thrillers then this is probably for you.
Read more
Report abuse

Chris
5.0 out of 5 stars Awesome.
Reviewed in the United Kingdom on 8 November 2016
Verified Purchase
I’m a huge fan of C.J. Carver, she’s a writer at the very top of her game and Spare Me The Truth is nothing short of brilliant. I was completely gripped, from the opening page to the shocking conclusion, and the action didn’t let up for a second. The characters are intensely well-drawn. Dan Forrester, who, suffering from amnesia following the death of his son, is struggling to piece together exactly who he is, and exactly who he can trust. Lucy Davies, a police officer on the hunt for a brutal murderer, and Grace Reavey, who is being blackmailed following the death of her mother.
The story moves seamlessly between the three, who at first glance appear to have little in common, but as the secrets and lies are unravelled, the threads come together in jaw-dropping fashion.
A first class thriller.
Read more
One person found this helpful
Report abuse

Kindle Customer
5.0 out of 5 stars Wow!
Reviewed in the United Kingdom on 18 March 2019
Verified Purchase
Having never read a novel by this author I felt it only right to do so! And what a rollercoaster of a read! Half way through i felt I was in an episode of Spooks, a BBC drama. The intricacies of the story was brilliant. Missing people, discarded dead bodies and memory loss makes for an interesting read. I loved the characters of Dan, Grace and Lucy and how it all fitted together. A must read for those who enjoy a thumping good thriller! Am lie forward to next one!
Read more
Report abuse

sarah dak
5.0 out of 5 stars A gripping read....up there with the very best crime thrillers!!!!
Reviewed in the United Kingdom on 13 May 2016
Verified Purchase
A truly intelligent and fascinating thriller! I've read all of CJ Carvers books and this is the best yet. It's a compelling read that I couldn't put down and finished in two days! If thrillers such as Jack Reacher are your thing then you will not be disappointed. I'm now looking forward to the next instalment. Wonderful!
Read more
Report abuse
See all reviews
Back to top
Get to Know Us
Make Money with Us
Let Us Help You
And don't forget:
© 1996-2021, Amazon.com, Inc. or its affiliates