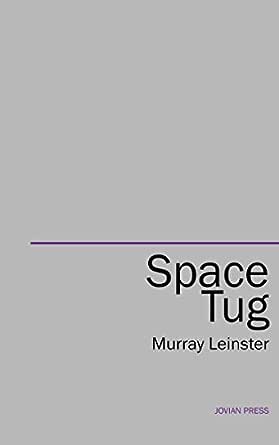 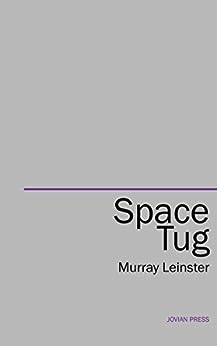 Joe Kenmore heard the airlock close with a sickening wheeze and then a clank. In desperation he turned toward Haney. "My God, we've been locked out!" Through the transparent domes of their space helmets, Joe could see a look of horror and disbelief pass across Haney's face. But it was true! Joe and his crew were locked out of the Space Platform. Four thousand miles below circled the Earth. Under Joe's feet rested the solid steel hull of his home in outer space. But without tools there was no hope of getting back inside. Joe looked at his oxygen meter. It registered thirty minutes to live.

Murray Leinster (1896 - 1975) was a nom de plume of William Fitzgerald Jenkins, an American writer of science fiction and alternate history literature. He wrote and published more than 1,500 short stories and articles, 14 movie scripts and hundreds of radio scripts and television plays. He began his career as a freelance writer before World War I; he was two months short of his 20th birthday when his first story, "The Foreigner," appeared in the May 1916 issue of H. L. Mencken's literary magazine The Smart Set. Over the next three years, Leinster published ten more stories in the magazine. During World War I, Leinster served with the Committee of Public Information and the United States Army (1917-1918). During and after the war, he began appearing in pulp magazines like Argosy, Snappy Stories and Breezy Stories. He continued to appear regularly in Argosy into the 1950s. When the pulp magazines began to diversify into particular genres in the 1920s, Leinster followed suit, selling jungle stories to Danger Trails, westerns to West and Cowboy Stories, detective stories to Black Mask and Mystery Stories, horror stories to Weird Tales and even romance stories to Love Story Magazine under the pen name Louisa Carter Lee.
click to open popover

GB
5.0 out of 5 stars A long time ago!
20 December 2018 - Published on Amazon.com
Verified Purchase
I amazed at how well written this book is, considering it was written so long ago! Sure, I can pick out numerous details that we now know to be inaccurate, but still - it shows how a lot of thought, knowledge, and research would have to gone into writing a story like this. Another great example why I have always loved reading science fiction!

Hats off to the author! I recommend, and will be reading more of his work.

Alan D. Gunhouse
4.0 out of 5 stars Classic Sci-fi, Sequel to Space Platform
2 August 2014 - Published on Amazon.com
Verified Purchase
The Sequel to Space Platform, using the came cast and setting. Having put up the platform, the US now has to defend it from Russians who claim the right to shoot it down because it passes over their territory.
Read more
2 people found this helpful

Peter Ryan
5.0 out of 5 stars who is this evil country?
18 June 2016 - Published on Amazon.com
Verified Purchase
Good classic SF. His complete unwillingness to name names is almost the best joke in the story.
Read more
One person found this helpful

Edward Vaughn
3.0 out of 5 stars More 50s Cold War Fluff
12 August 2014 - Published on Amazon.com
Verified Purchase
Continuing the saga. Same folks, same plot. Same fun.
Read more
Go to Amazon.com to see all 9 reviews 3.9 out of 5 stars
Get FREE delivery with Amazon Prime
Prime members enjoy FREE Delivery and exclusive access to movies, TV shows, music, Kindle e-books, Twitch Prime, and more.
> Get Started
Back to top
Get to Know Us
Make Money with Us
Let Us Help You
And don't forget:
© 1996-2020, Amazon.com, Inc. or its affiliates